We use cookies to improve your experience. By continuing, you agree to our use of cookies. See our Cookie Policy .
Manchester Metropolitan University
Try to select your university?
Move inMove out
Student Accommodation BuildingShared living in a managed building with onsite teams and shared facilitiesStudent HousingPrivate or shared living in a house, apartment, hotel or homestay
Shared RoomEnjoy the communal feeling of a shared room, which sleeps two or more in separate beds.Private RoomNo need to share in a private room, your sleep/study space is your own.Entire PlaceRelax in the privacy of a fully self-contained property.
No Visa No PayYour booking can be cancelled for free if the Visa application has been deniedNo Place No PayA booking can be cancelled for free if you have failed to obtain the required qualifications to get into your university of choiceCOVID-19 Cancellation PolicyA booking can be cancelled because of the ongoing COVID-19 situation
Book NowBook Now means you can book the property by paying a deposit
Special offerTurn on special offer to view properties with promotions only
69Properties
Recommended 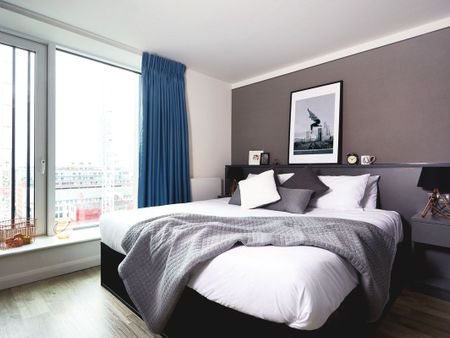 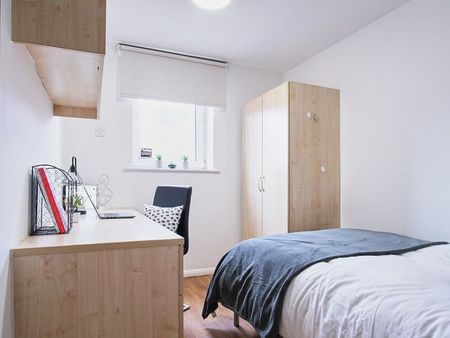 Accommodation in Manchester is in high demand. 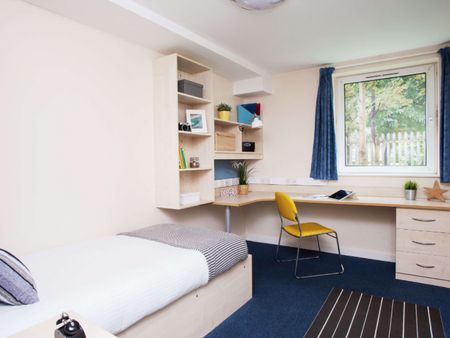 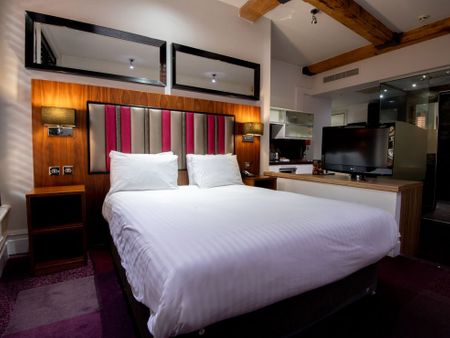 If you decide to study at Manchester Metropolitan University, you will be smack in the centre of one of the best student cities in the United Kingdom. Manchester is a renowned hub for arts, culture, creativity, music and sports.

If you book Manchester Metropolitan University accommodation with Student.com you’ll be living in some of Manchester’s best student residences and districts.

Most of our Manchester Met accommodation options are in great locations, close to campus and within walking distance of cultural hotspots, inspiring art exhibitions, shopping and a buzzing nightlife. We list almost 100 student residences in Manchester, with both shared and private rooms available for both undergraduate and postgraduate students.

If you need help in choosing one, or require any further information, do not hesitate to give us a call or talk to us via live chat.

Where is Manchester Metropolitan University located?

Three of Manchester Metropolitan University’s campuses are located in Manchester, England and one in nearby Crewe in Cheshire.

The ‘Capital of the North’ is renowned for its industrial past, world-beating football teams as well as artistic, cultural and musical heritage. Its revered music circuit has produced big-name bands such as The Smiths, Oasis, and Joy Division. It continues to be central to the UK’s music circuit with numerous music venues hosting famous acts and also new talent from around the world.

The city’s electric music scene makes for great nightlife, which is music to the ears of its 100,000 students.

This helps to make Manchester one of the best student cities in the United Kingdom. Its lively student scene has earned the city plaudits, a reflection of the great student experience it has to offer.

It is the UK’s third-best student city according to QS, ranking 29th in the world in its 2020 Best Student Cities rankings. The Economist Intelligence Unit via its 2018 Global Liveability Survey, ranks Manchester Britain’s ‘best city to live in’ while Time Out City Life Index considers it as one of the world's 10 most exciting cities.

The city’s architectural makeup is a beautiful mishmash of past and present, from its Victorian town hall to the shimmering waterfront developments at nearby Salford Quays.

With the second-largest Chinatown in the UK, Manchester is also multicultural, making it even more of a world city.

Manchester Metropolitan University’s (MMU) location in the city centre means that students will be in close proximity to a lot of what this dynamic city has to offer. Manchester Met’s campus is within walking distance of several coffee shops, theatres, museums, shopping centres, cafés, bars, pubs, nightclubs, restaurants and sports venues.

The compact nature of Manchester’s city centre and the great public transportation links makes getting around the Manchester and its surrounding areas quite easy thanks to the fleet of buses, trams and trains that are available. The campus is within walking distance of some of these transportation stations as well as some of the city’s best districts.

With dozens of attractions, a nightlife that caters to all tastes, easy and quick transport links, MMU students can enjoy all the advantages of studying and living close to the centre of an electrifying city.

MMU receiving the third-highest number of student applications in the UK is indicative of the university’s strong reputation and prestige.

The university’s achievements and prestige are not just limited to university rankings though.

It has long been at the forefront of developments in Early Years and Childhood Studies and has been recognised for its health research by the Research Excellence Framework (REF). In fact, 85 percent of Manchester Met’s research has been judged to have 'world-leading' or 'internationally excellent' impact.

Its School of Architecture is deemed as one of the best in the world ranking 8th in the QS World University rankings by subject.

Its Business School, the second largest in the UK, has the prestigious Triple Crown accreditation. Being accredited by the three most important accreditation organisations (AACSB, AMBA, and EQUIS) places MMU in the elite company of a small group of schools worldwide that holds this international benchmark of business teaching excellence.

MMU’s high standard of teaching and commitment to quality research has been recognised with a TEF (Teaching Excellence Framework) Silver Award.

The University prides itself on embracing new technology with a modern approach to academic teaching styles.

Met offers more than 600 courses and a range of degrees for undergraduate and postgraduate research across its five faculties which are:

The university has 24 academic partnerships with prestigious universities, colleges and academies around the world.

If you choose to study at Manchester Metropolitan University, you will be studying at a university with an impressive alumni network of over 300,000 alumni living in over 140 countries.

Among them are some accomplished actors, comedians and musicians such as Steve Coogan, John Bishop, Julie Walters, Jenny Éclair and Mick Hucknall (lead vocalist of Simply Red). There are also some successful professionals in the network including Jonathan Mildenhall (former Vice President of Coca-Cola) and Sarah Burton OBE (Creative Director at fashion brand Alexander McQueen).

MMU aims to build a culture where all students have an equal opportunity to benefit from higher education and are treated with dignity and respect.

Manchester Metropolitan University Students’ Union (MMUSU) is one of the largest of its kind in the UK. It organizes more than 150 clubs and societies including academic, cultural, sports, political, charity, hobbies and many more interests for students. The union is decked out with student essentials such as a bar, shop, café and an event venue.

From stylish lecture theatres, a 6-floor 24-hour library with over 900,000 educational volumes, IT zones dotted around the campus and multiple sporting facilities, MMU has invested in building a campus to match its higher education ambitions.

The university has in recent years invested significant capital in its infrastructure with a series of upgrades and new structures including a £10million exercise and sport science centre, a £6million contemporary arts centre, new laboratories and a renovated student’s union building.

Not only is MMU’s campus modern and high-tech, it is also very green. It is one of the UK’s greenest universities, ranking second in the People and Planet University league table for environmental sustainability.

For those concerned about adjusting to a new environment away from home, MMU offers plenty of student support to help students with adapting to university challenges. The University has trained teams on hand to offer support to students whether it is for their health and wellbeing, counselling, disability support and religious support.

It also has quiet spaces set up for prayer or reflection which are open to both religious and non-religious students.

Manchester Metropolitan University has a proud heritage dating back to 1824 when it was initially established as Manchester Mechanics’ Institution.

A series of mergers then followed with the Didsbury College of Education, Hollings College (in 1977), and City of Manchester College of Higher Education (in 1983).

Thanks to the Further and Higher Education Act it finally gained full university status in 1992, rebranding as Manchester Metropolitan University.

Why should I choose to live in a private room instead of MMU halls?

When you book a private accommodation on Student.com, you can choose from almost a hundred different options around Manchester. You can choose to live close to MMU or in a particular area of Manchester that you like.

You can also choose to have a shared or a private room, depending on whether you want to go for a cheaper price or more privacy. Many of the PBSAs (purpose-built student accommodations) that we list also have some great amenities they offer for their inhabitants, like in-house gyms as well as cinema and games rooms.

How do I apply for accommodation near Manchester Metropolitan?

You can use our convenient filter feature and mapping function to easily compare Manchester Met accommodation by price and location.

After you’ve found a property you like, go to the property page and click ‘Enquire’ or ‘Book Now’. One of our booking consultants will then contact you to guide you through the next steps and answer any further questions you may have.

In a Shared Room, students share a bedroom with a roommate and share other living areas with occupants from other rooms.

In a Private Room, students will get a private bedroom and in some properties a private bathroom as well. Additional living spaces are shared with occupants of other rooms.

When a student books the Entire Place, they will get a studio flat all to themselves and won’t have to share anything with anyone. This includes a private bedroom, bathroom and a kitchenette for cooking meals.

Are the student apartments you list located within walking distance of Manchester Metropolitan University?

Yes, many of the apartments we list have a great location close to campus. Many of them are just a short walk away from MMU. You can use the map function on this page to see where the different properties are located.

My friend and I are both going to Manchester Metropolitan University. Can we live together?

Yes. After you’ve finished your application, log into your account and go to the tab ‘manage your preferences’. There you can add a note saying you’d like to live with a friend. Make sure your friend also does the same and adds a note saying they want to live with you.

Can I stay in the residence over the summer?

Yes, many of the student accommodation providers we list have the option of booking your room for the summer months as well.

I’m a postgraduate student going to MMU. Can I book a room through Student.com?

Yes, you can book any accommodation on Student.com as long as you are a full-time student.