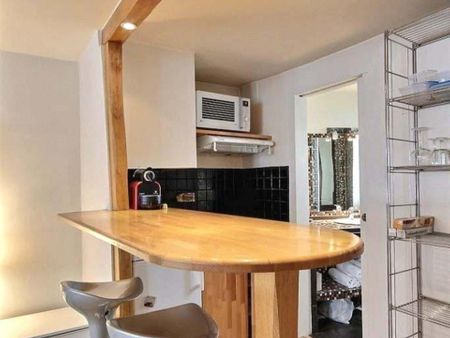 Studying at Sorbonne University will place you in the heart of Paris, a city that will force you to fall in love with it, but won’t break your heart.

Book student accommodation near Sorbonne University with Student.com and choose from over 400 properties well suited for domestic and international students alike.

Many of our student housing options near Paris Sorbonne are located just minutes away from the university in the Latin Quarter. Enjoy the main student part of the city with some of the city’s top attractions and most iconic landmarks at your doorstep.

If you need further information on the student housing near Sorbonne University we offer, give us a call, or send us a message on live chat.

Where is Sorbonne University located?

Sorbonne University’s central campus sits in the quaint Latin Quarter on the left bank of the Seine, around the Sorbonne building in the heart of the French capital.

Famed for student-filled cafés and bookshops, The Latin Quarter is an area in the 5th and 6th arrondissements (districts) of Paris. It is home to much more than just the best-known university in Paris.

One of the most charming and lively areas in Paris, The Latin Quarter’s nearly two-millennia-old meandering medieval cobbled streets are filled with many museums, cafés, restaurants, stores, and several attractions.

The large National Museum of Natural History, which combines three museums into one, will delight science and nature enthusiasts with its combination of fun and education. The grandiose Panthéon is the first major monument in Paris and holds the remains of notables like Voltaire and Marie Curie.

Relive ancient history with one of the world’s greatest medieval collections at the Musée National du Moyen-Âge (The National Medieval Art Museum). For a powerful reminder of Paris’ diverse historical roots, visit Arènes de Lutèce, the spectacular ruins of a Roman amphitheatre.

The Latin Quarter is also home to perhaps the most famous independent bookstore in the world - Shakespeare & Company. The store’s early 17th-century building is a landmark for the area and represents somewhat of a literary utopia.

The district keeps its heavy student population entertained between lectures with popular show venues, like the Paradis Latin, the Caveau de la Huchette, and the Théâtre de l’Odéon.

Sorbonne is a multidisciplinary, internationally renowned institution of higher learning.

Officially established in 2018 with the merger of two leading Paris universities (Paris-Sorbonne University and Pierre and Marie Curie University), the institution ranks among the top 100 in the world, placing 60th in the QS 2023 World University Rankings.

Drawing on decades of tradition in the provision of quality education and research, Sorbonne is a world-class university with a rigorous academic program.

Through its three faculties (Arts and Humanities, Science and Engineering, and Medicine), the university offers single and multidisciplinary academic programs.

Its 55,000-strong student population can choose from a wide choice of courses, from bachelor’s to doctoral degrees.

A research-intensive university with decades-long expertise in the field, Sorbonne has over 130 research units and accommodates more than 3,400 professor-researchers in its laboratories.

It brings together a scientific community of 6,400 academic and partner researchers in a variety of scientific disciplines that help to address some of the world’s most fundamental issues.

Among the university’s eight prestigious scientific collections is a display of 1,500 minerals, Gabriel Lippmann’s collection of photographic plates, and the Charcot library, which houses a collection of the personal library of neurologist Jean-Martin Charcot.

With the establishment of Sorbonne University Abu Dhabi in 2008, and international strategic partnerships and networks, the university is a key player in the global higher learning space.

Over 10,000 of its student population are international, making up 20% of the total, meaning you’ll be studying in a very international atmosphere at Sorbonne University.

Sorbonne University is all about providing a high-quality education to its students. But the university is also high on facilitating healthy student living.

When it’s time to relax or refuel your body during study breaks, there is a host of restaurants and cafeterias on campus.

Students can also participate in many student events organised by and for them. From concerts, art festivals, exhibitions, creative contests, and more, all types of leisure opportunities are available at Sorbonne.

The university is also committed to enhancing the personal development and career paths of its students. It does so by facilitating social and professional integration through various clubs and associations.

The university’s wide range of student associations punctuates life on campus. Students can choose from 150 of them where they can come together and share their passions and interests.

Campus life also offers students a wide range of associative, cultural, artistic, and physical activities. Choose from more than 80 sports activities, from leisure to high-level competition for both the able-bodied and the disabled.

If you are a performance and adrenaline junkie, you can get involved in the university’s sports association, which collaborates with French university sports federation (FFSU) to organise university competitions.

Through its cultural associations, Sorbonne offers activities all throughout the year.

The university also encourages the artistic expression of all students and staff. Members of the student community can access free workshops that are supervised by professionals in visual arts, music, and theatre.

Understanding that good health is a prerequisite for academic success, Sorbonne has put all the necessary measures in place to ensure the physical, psychological, and social well-being of its students throughout their studies.

The disability unit of the Faculty of Arts and the Student Health and Disability Service (SHSE) of the Faculties of Medicine and Science and Engineering, ensures that students with disabilities or health difficulties can carry out their studies at Sorbonne smoothly and efficiently without major disruptions.

The University of Paris was founded in 1150 with the appearance of the guild of Parisian teachers and students (Universitas Magistrorum & Scholarium Parisiensis).

This first “university” had its own regulations and statutes and was arranged into four faculties: Arts, Medicine, Law, and Theology.

Recognised by royal power in 1257, it became the main establishment of the Faculty of Theology.

As “the colleges” grew, libraries and lecture halls were created around the 17th century.

The faculties were recreated under the Empire in 1806 after being abolished in 1793. This became the official founding date of the Faculties of Arts and Sciences.

During the French Third Republic (1870 – 1940) the University of Paris began its institutional transformation, and its rationalisation finally took place.

From 1882 to 1901, the institution saw three consecutive building projects. During that period the faculties of Arts and Sciences moved into the new Sorbonne.

The Sorbonne laboratories were at the centre of many scientific developments during the first half of the twentieth century.

The expansion continued with the installation of laboratories of the Faculty of Sciences on the Orsay campus in 1956.

A section of the teaching of the Faculty of Arts was transferred to sites at Censier and Nanterre. The allocation of the Halle aux Vins quadrangle also received its own tailor-made premise at the Faculty of Sciences.

The Faure law, a university reform law passed on November 12, 1968 for the reorientation of French higher education, resulted in the dismantling of the University of Paris.

Since the early 2000s, Paris-Sorbonne and UPMC have been engaged in academic collaborations. The partnerships were strengthened in June 2010 when they joined together into a Pôle de recherche et d’enseignement supérieur (PRES) Sorbonne Universities, which became a Communauté d’Universitys et d’établissements (COMUE) in 2015. Sorbonne University in its current format came into existence in 2018.

How can I book off-campus housing near Sorbonne on Student.com?

Booking off-campus housing near Sorbonne is straightforward and easy.

Once you have found a property you’re interested in renting, click ‘View rooms’ to go to the property page. On the property page, choose your preferred room type and click ‘Book Now’ or ‘Enquire’. You’ll be asked to leave your contact details and a booking consultant will contact you shortly after to answer your questions and walk you through the next steps in the booking process.

Why should I book off-campus accommodation instead of student dorms?

There are many good reasons to book private, off-campus accommodation. You can live in any area of Paris you like, whether it’s right next to Sorbonne or further away in an area of Paris you’re particularly fond of.

You can also choose your room type more freely. Whether you want to save money by sharing with others, or prefer to stay in a completely private studio apartment, you’ll find what you’re looking for on Student.com.

Many modern student accommodation buildings that were built specifically for students also have a range of great amenities, like in-house gyms and dedicated study and play spaces.

We offer three different types of rooms in Paris:

1. Shared Rooms – You’ll share a bedroom with a roommate. Other facilities are also shared with fellow students. This is typically our cheapest accommodation option.

2. Private Rooms – Here you’ll have a private bedroom just for you. Depending on the property, your bathroom might be either private or shared. Other facilities are shared with other students.

3. Entire Place – This option offers a fully private property just for you. You’ll have your own bedroom, bathroom and kitchenette and you won’t have to share any of these with anyone.

Most of the accommodation options we list in Paris come with bills included in the rent. This isn’t always the case though, so check the property page of the property you’re interested in booking to see what bills, if any, are included in your rent.