Picking up a new language can be really tricky, with many subtle cultural details to understand. To make life easier, here’s our handy guide to unusual English words and phrases you’ll commonly hear in the UK, but probably not in Language School… 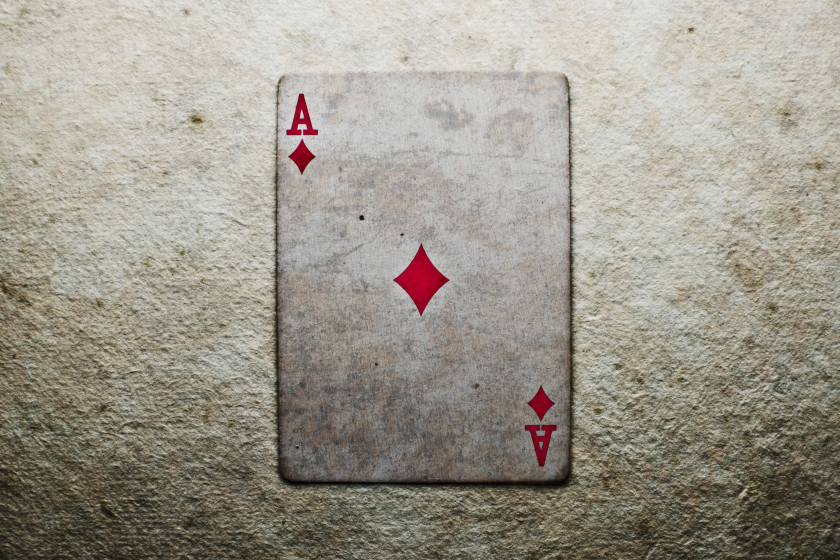 “Ace” is commonly used to replace the word “cool”. In its most formal definition this word means to excel (such as to ace an exam, or even serve an ace in a tennis match), though the standard usage in conversation is often to emphasise the street cred of something, or even an occasion. Use this word in conversation to score some cool points with your friends, for example: “Did you see the MTV awards last night, Rihanna’s dress was ace”. 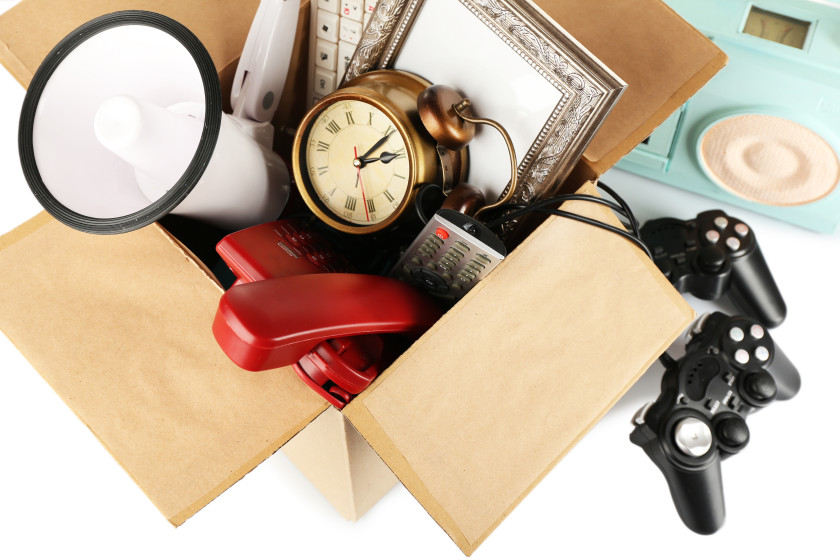 This quintessentially British phrase is commonly used to describe a variety of tasks or items, instead of naming something, or anything specifically. Think: “Oh I have so many bits and bobs to sort out tomorrow before my holiday”, or “have you been to the new shop around the corner, it’s got some really lovely bits and bobs!”. It may sound complicated, but this open word really can mean just about anything, so you can really go to town with this phrase and use at your discretion. 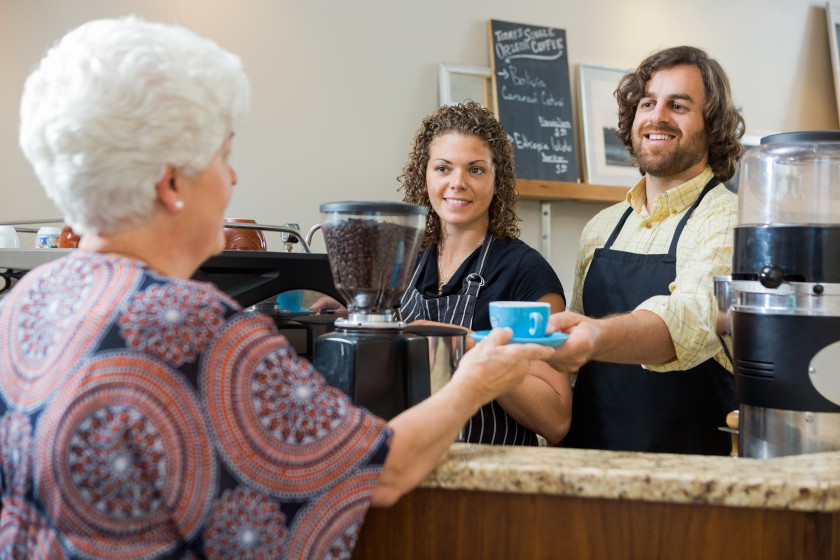 Meaning: Many thanks, thank you

You’re most likely to hear this salutation, or celebratory thank you, in the British pub, when drinking with friends. It’s common to clink glasses with your drinking buddies and say “cheers”, to toast to good health. There are plenty of other uses though, normally in informal situations, e.g. if a stranger is holding a door for you, it’s perfectly acceptable to use “cheers” instead of a more formal “thank you”. 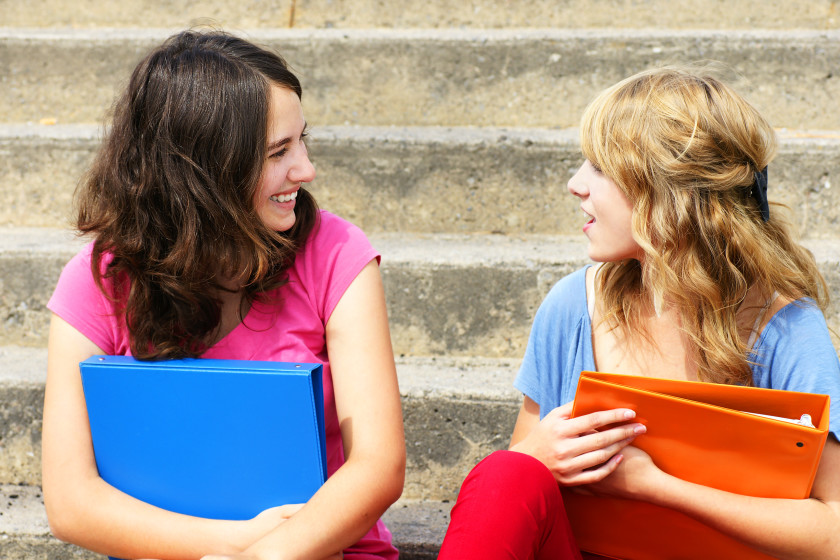 Generally chin wag means to talk, but in the U.K it’s commonly used to refer to chatting in a very intense manner, with the subject matter often being gossip ridden, or slanderous. This would often be used in amongst groups of close friends, e.g. “ooh I can’t wait to catch up with you later and have a good old chin wag”. 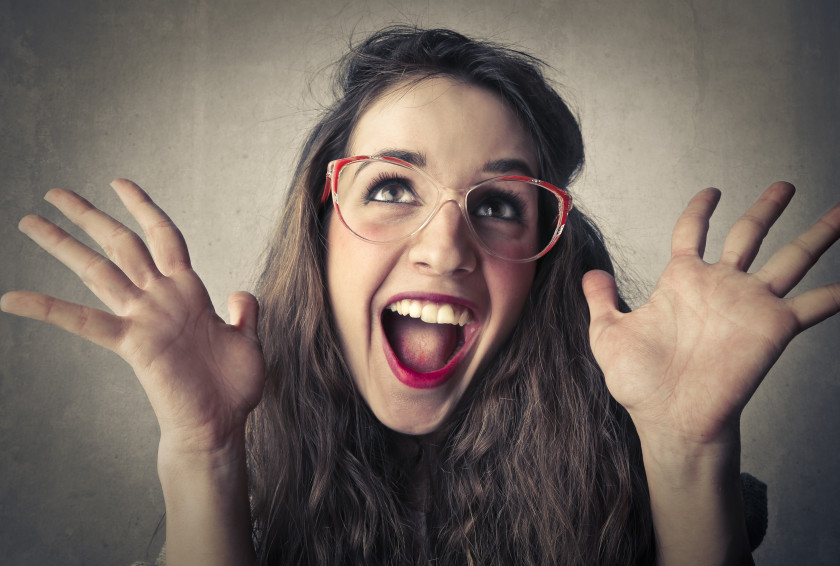 This informal saying can be used as simply “chuffed” or in its more elaborate guise, “chuffed to bits”. Both mean pleased, and add on “to bits”, and the saying is even more exaggerated. Upon being nominated for The Mercury Awards, the now world famous singer Adele exclaimed “I’m incredibly chuffed!” – you really don’t get more British, or colloquial, than that. 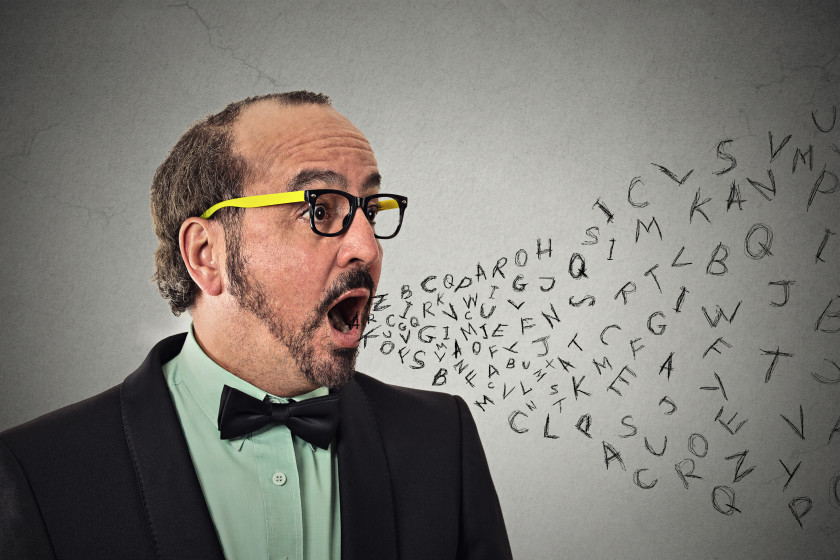 This weird tongue-twister of a word comes straight from the Turkey’s mouth. Taken from the sound of a turkey’s “gobble” (seriously), it was created to best describe words that are nonsensical or have no meaning, for example when language is made unintelligent by an excessive use of technical terms. E.g. “That lecture was absolute nonsense, the lecturer was talking gobbledygook, I couldn’t understand a word of it!”. 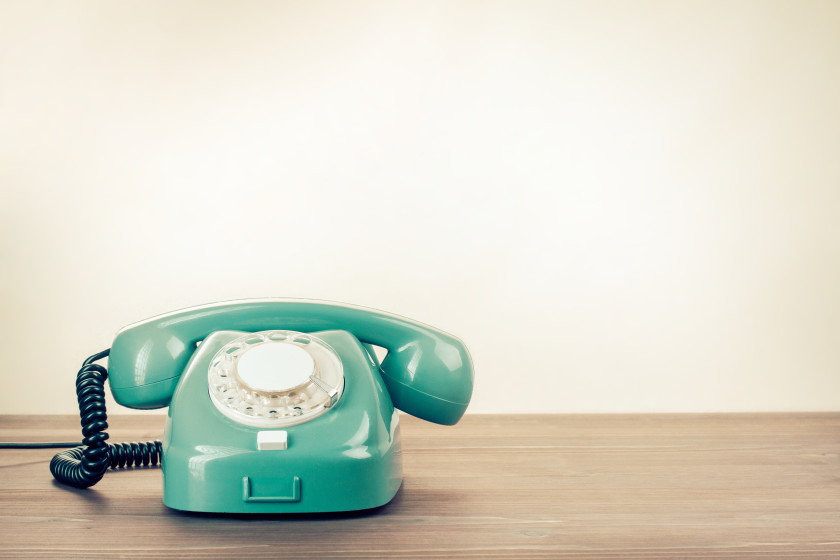 Meaning: To phone or ring someone

Scottish born inventor and scientist Alexander Graham Bell invented the telephone in 1876. Little did he know that over a century later, his name would be used in a colloquial manner to describe telephoning someone. Expect to hear this phrase in everyday conversation, “I’ll give you bell after I’m back from my holidays”, or “make sure you give me a bell after your exam so I know how it went”. Quite simply, to telephone. 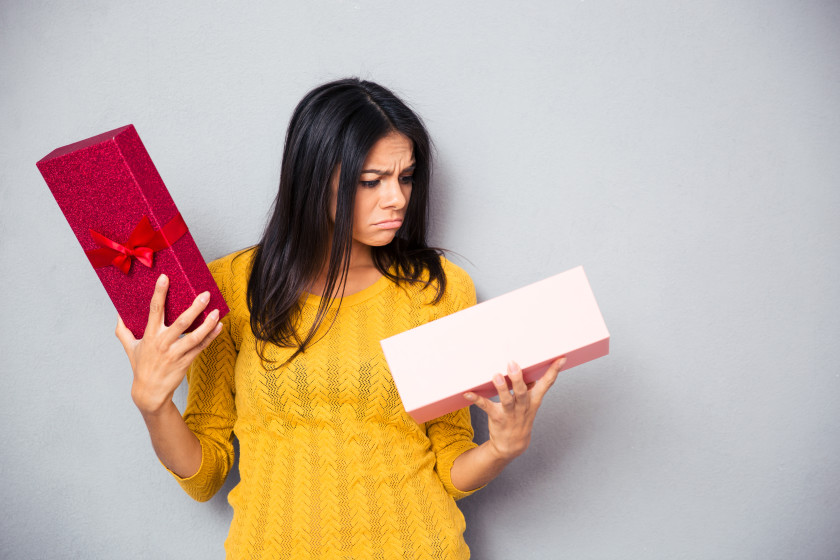 Gutted is popular slang in the U.K. Not nearly as disgusting as its literal meaning, it really just means disappointed. While this term can be used to varying degrees or extremes, the context is always the same: “I was really gutted I couldn’t make her birthday night out”, or “it was so gutting that Coldplay cancelled their London gig”. 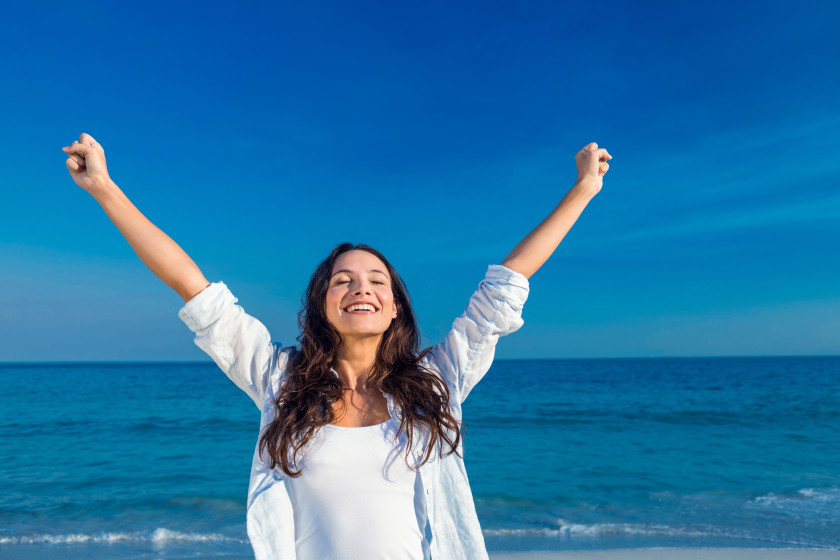 Simply put, to be as “happy as Larry”, means to be really very happy. It does of course spawn the question, who the heck was Larry, and why was he so happy? The origins of this phrase are murky, but it is said that Larry in question was Larry Foley, a famous boxer in the 1870s who never lost a fight. In a high profile match, he won $150,000, prompted a newspaper to issue the headline “Happy as Larry”. No wonder he was happy, after that windfall. 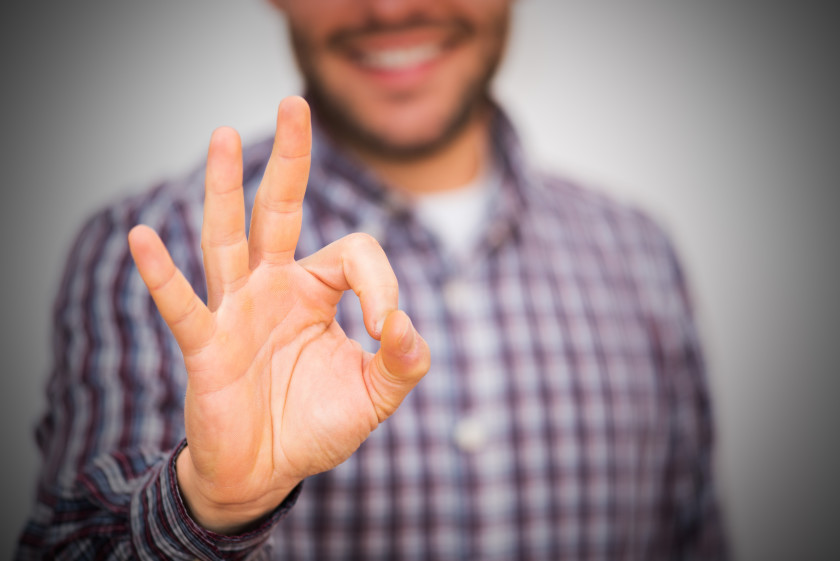 Musician David Bowie immortalised this phrase when he issued and titled his 1971 album “Hunky Dory”, containing classics such as “Life of Mars” and “Changes”. An evolution of the word “Hunkey” which means fit and healthy, this phrase means everything is quite satisfactory, e.g. “Everything is hunky dory right now, you have nothing to worry about”. 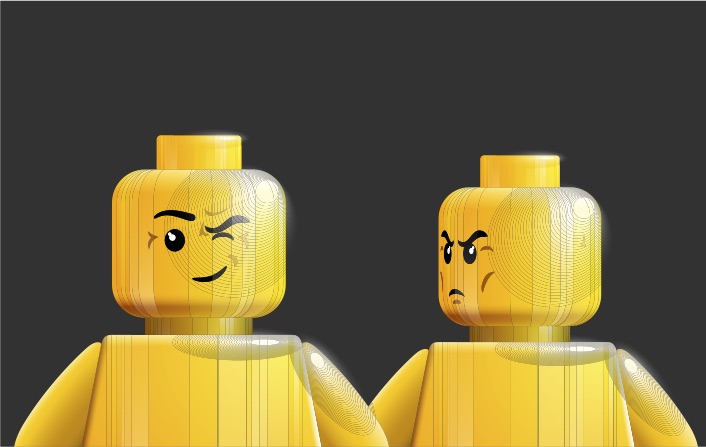 Meaning: I don’t mean to be rude but…

This phrase is strange, even to British natives. It definitely doesn’t mean the speaker is trying to be funny, or even the opposite. Go figure. It is often said before something rude is approached, it’s an archetypal British idiom often used to disguise the fact the speaker is about to say something, very likely insensitive, e.g. “I’m not being funny but, this new hair colour really doesn’t work with your complexion. 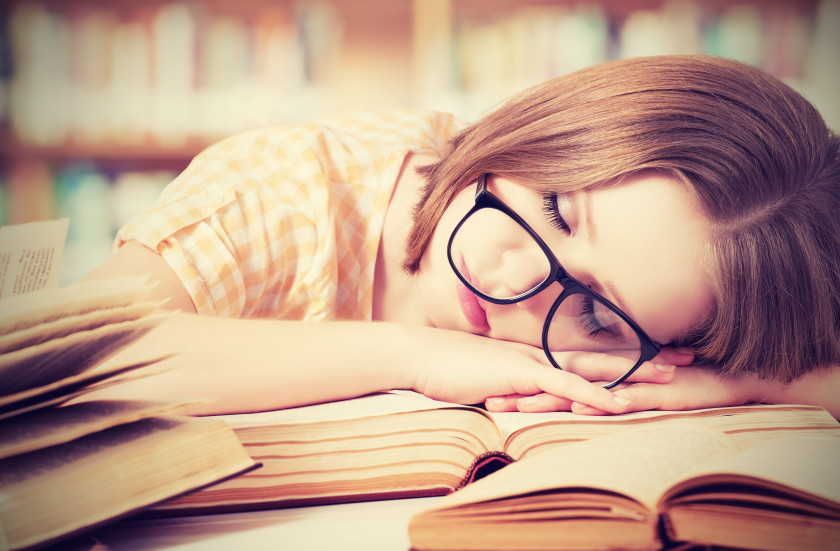 There are two things British people love to talk about. If not the weather, it’s invariable how tired they are. You really can expect to hear the word knackered a lot, in fact, almost every time you ask someone how they are: “I’m so knackered, I stayed up watching reruns of Breaking Bad till 3am instead of going to bed”. 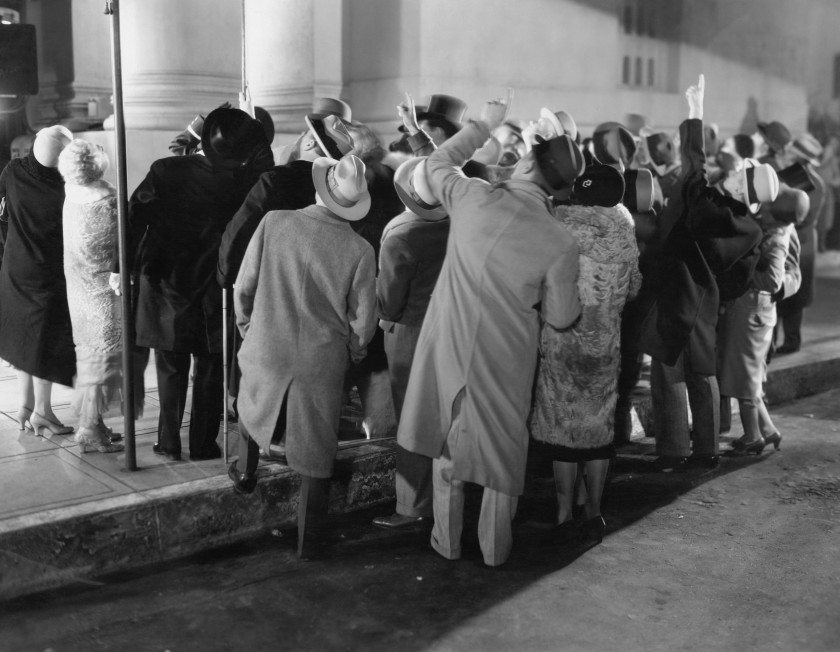 “Kerfuffle” is a word that is as fun to say as it is to write, though informal, it often appears in British newspapers and tabloid headlines. Generally speaking it means a disturbance or commotion, so if often used to describe a fight or even a scandalous situation. “Did you hear about the kerfuffle at the Rugby Club last night?”. Or you could exclaim at an exasperating, confusing or longwinded situation ‘What a kerfuffle!’. 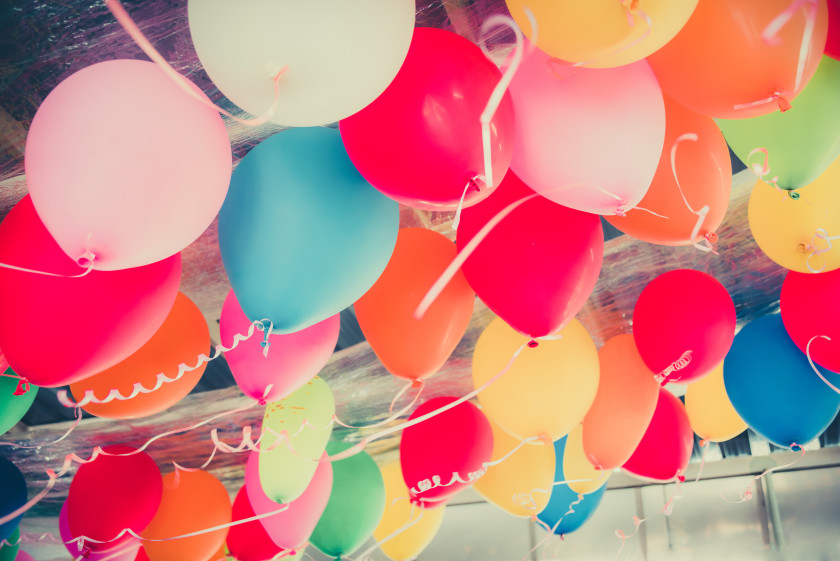 If you get invited to a knees up in your student years, it means you’re going to party, and party in style. Used to describe an informal celebration, a knees up usually involves drinking, singing and lots of dancing. This phrase is true to its literal meaning – if you’re at a boisterous knees up, you’ll be dancing all night with your knees up in the air, e.g. “Shall we head down to the union tonight for a right old knees up?”. 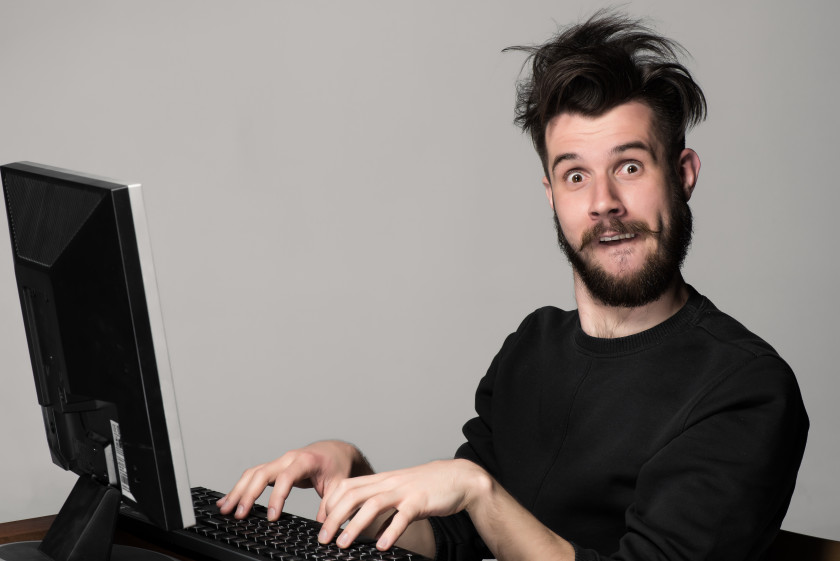 While there are varying extremes of this word, from completely losing sanity to slightly going off track, “losing the plot” means you’ve stopped acting rationally and have lost the ability to understand or control a situation. It’s used commonly in British speech, though usually to a lesser extreme, for example “she really seemed to lose the plot when making her presentation to the class the other day”. 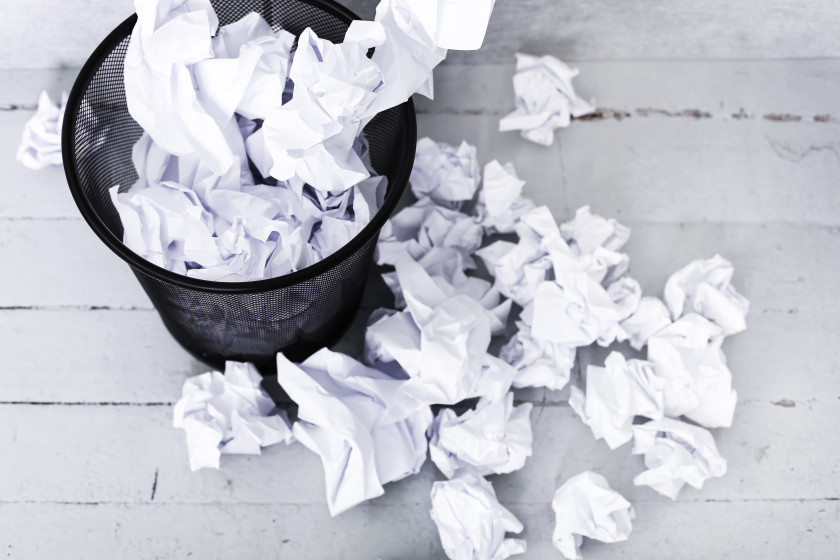 Although “rubbish” as a noun can be also be closely aligned with its American counterpart “garbage”, when used as a verb in the U.K it is often to criticize, either meaning the subject matter is nonsense, or even full of lies. E.g. “Did you read that article in the University newspaper, it was complete rubbish!”. 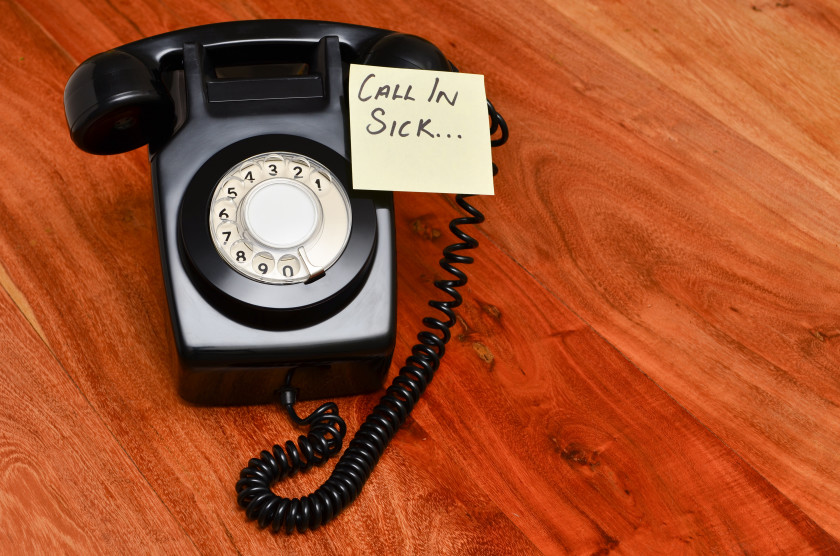 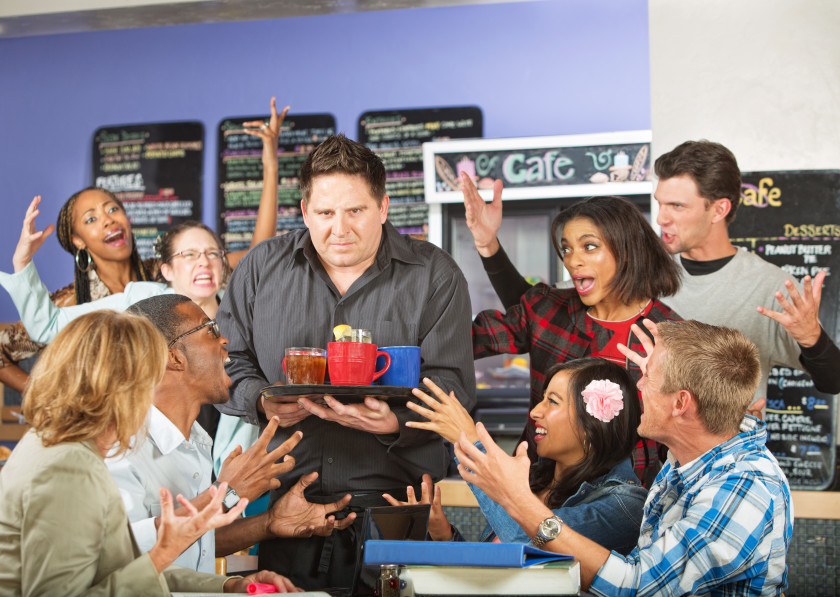 “Shambles” is often used in solitary, or extended to the full phrase “A complete shambles”. Both mean the same, a state of utter disarray and chaos. If you’re feeling particularly nasty, you can use this to describe a person (usually after a night out), e.g. “Lucy you were a total shambles AGAIN last night”, or more commonly “The festival was a complete shambles”. 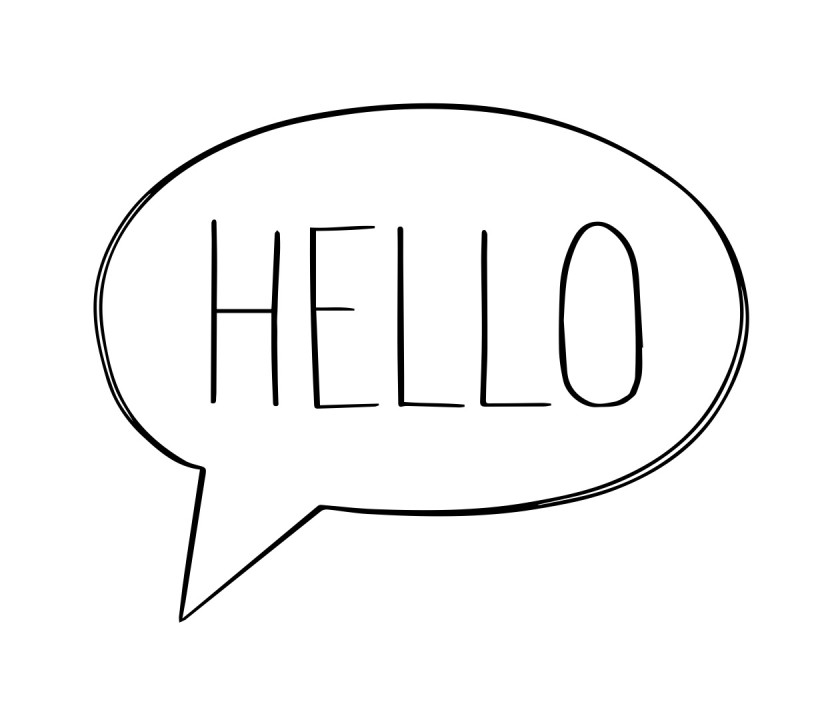 Meaning: Hello, how are you?

Not to be confused with “Alright”, “All Right” is really a whole sentence in two simple words. This southern England and often London-centric phrase, is a greeting and question in one. The question ultimately is “How are you”, but commonly you’d hear the response back being “All right” too, or perhaps just a ‘hello’ – there’s no need to tell people how you are. So in this use it’s basically just saying ‘hello’. Confused yet? 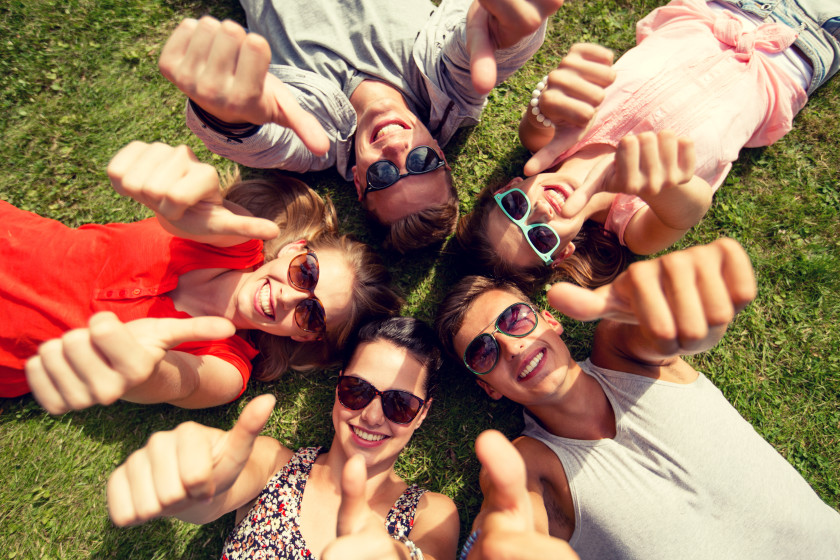 Meaning: Non caring, whatever, happy with any decision

Immortalised by the Academy Award and Golden Globe winning song by the American band The Commodores, this expression means you’re flexible and happy to go with the flow, with no particular preference – e.g “which club do you fancy tonight Richard”, “I’m easy mate, happy with whatever!”. 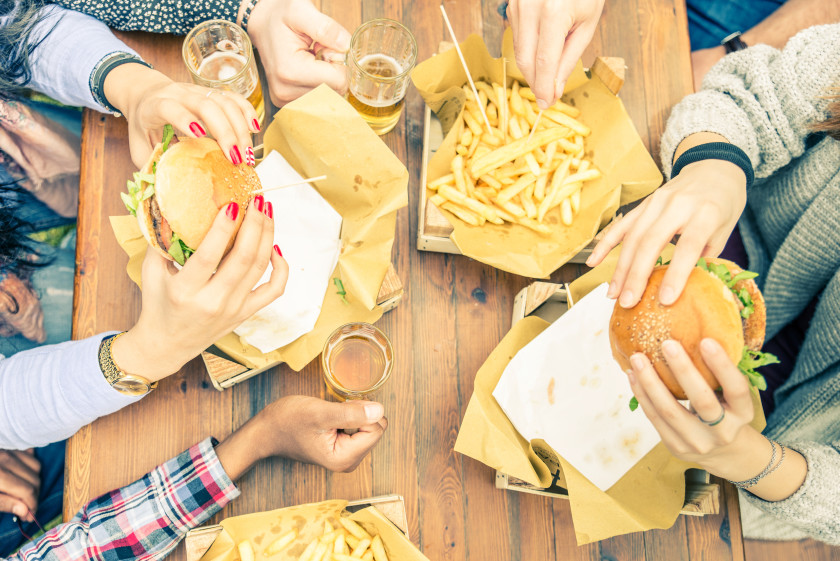 While the literally translation pertains to something altogether unappetising (an insect larvae), this piece of British slag is used routinely to describe food. You’ll often hear people discussing “grabbing some grub”, which usually means a meal of some variety, or pubs advertising “pub grub”, which is often good old fashioned, no frills, British food. 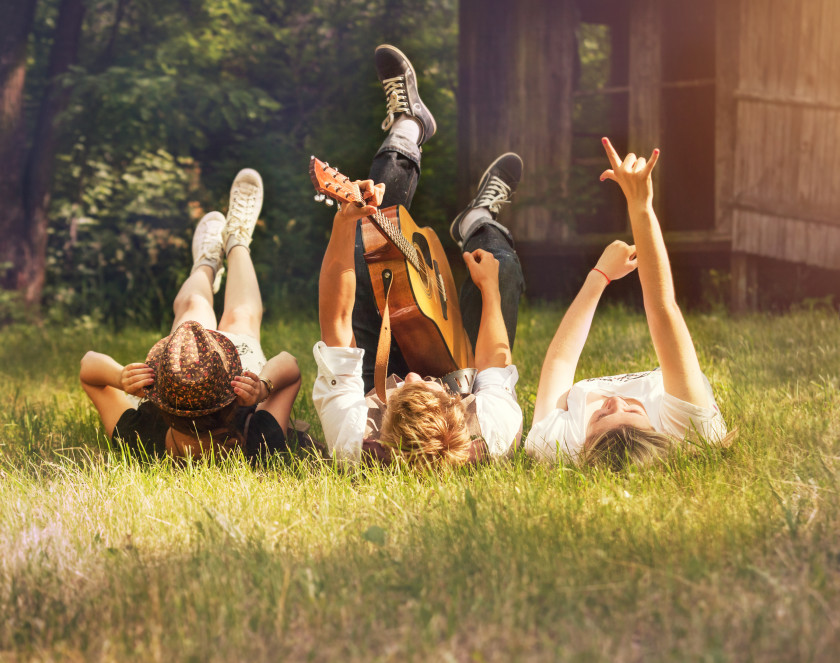 Though it does simply mean friend, it’s used as a very cheery term of endearment to your nearest and dearest. But it can also be used when interacting with strangers, usually to give a friendlier tone to the communication. While applied more to males than females, this cute slang can be used to show affection for the best of buddies; “hey mate, so good to see you here”…..”he’s one of my mates” to everyday interaction “excuse me mate, do you know the time?”. 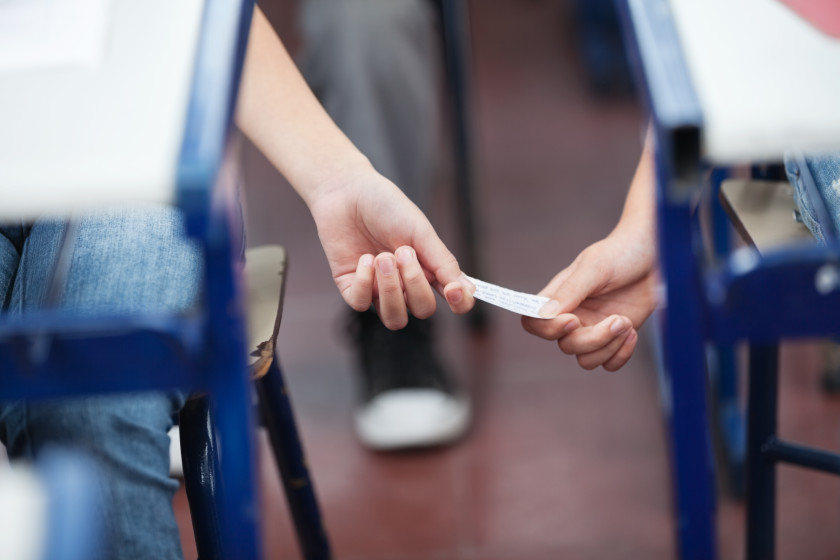 You’ll hear this word being applied to objects, situations and even people. From cars to a curry, it very much means not good or reliable, though often has suspicious connotations. If someone tells you a classmate is dodgy, then perhaps best to avoid them in the group tasks – they could be of questionable nature when sharing the workload. 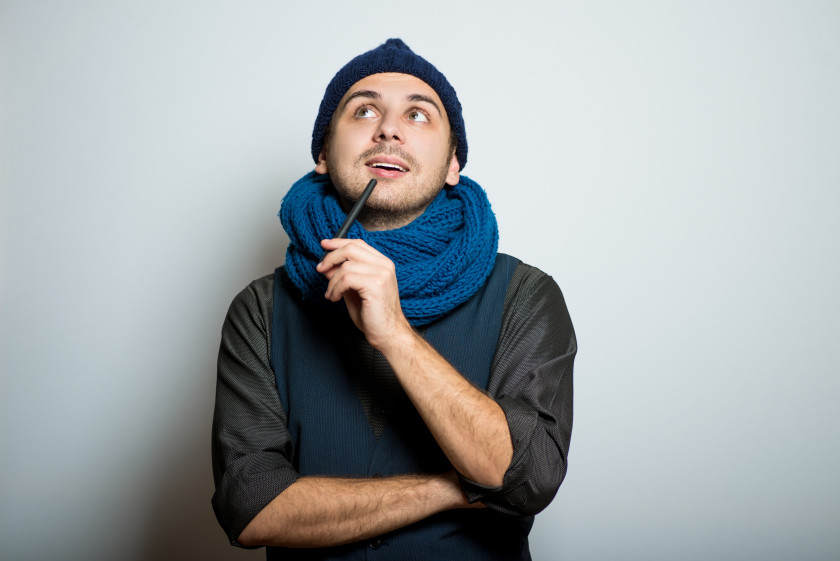 “Oh yeah, that rings a bell!”. Well, not literally, but when someone responds with this phrase in conversation, it means you’ve made them recall something or reminded them of something familiar. The origins are debatable, though bells have historically been used to remind people of things, from end of school break to the Church calling prayer time, so this is often cited as a likely correlation.

10 British Phrases to Get You Speaking Like a Local

Tags: guide Study in the UK UK uk-guide
Previous Post: 5 Best Student Cities In The UK In 2016
Next Post: Guide to Student Discounts In Australia