We use cookies to improve your experience. By continuing, you agree to our use of cookies. See our Cookie Policy .
Select University
Try to select your university?
Move inMove out
Student Accommodation BuildingShared living in a managed building with onsite teams and shared facilitiesStudent HousingPrivate or shared living in a house, apartment, hotel or homestay
Shared RoomEnjoy the communal feeling of a shared room, which sleeps two or more in separate beds.Private RoomNo need to share in a private room, your sleep/study space is your own.Entire PlaceRelax in the privacy of a fully self-contained property.
No Visa No PayYour booking can be cancelled for free if the Visa application has been deniedNo Place No PayA booking can be cancelled for free if you have failed to obtain the required qualifications to get into your university of choiceCOVID-19 Cancellation PolicyA booking can be cancelled because of the ongoing COVID-19 situation
Book NowBook Now means you can book the property by paying a deposit
Special offerTurn on special offer to view properties with promotions only
11Properties
Recommended 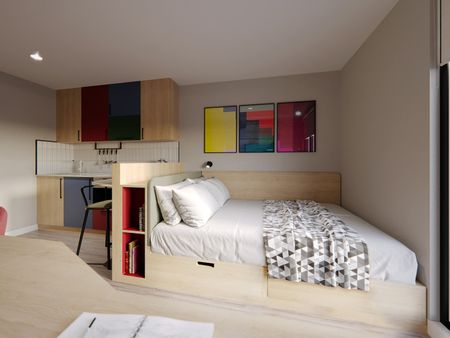 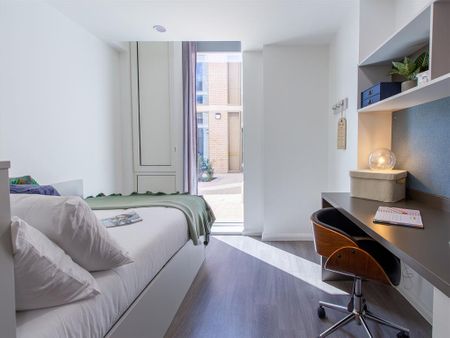 Between Towns Court
Get a full refund and cancel for free if you don't get your place at University or your visa to study abroad
From £202 /week
No Visa No PayNo Place No Pay
Make your lovely home at Between Towns Court, with easy reach of universities, city centres and culture spots in Oxford
Furnished
Card or Coin-Operated Laundry
Bike Storage
Reception
Social Space(s)
Map
Bills included: Wi-Fi, Water, Electricity, Heating, Gas
Oxford International College | Transit 14 min
Oxford Brookes University | Transit 27 min
+57%

Accommodation in Oxford is in high demand. 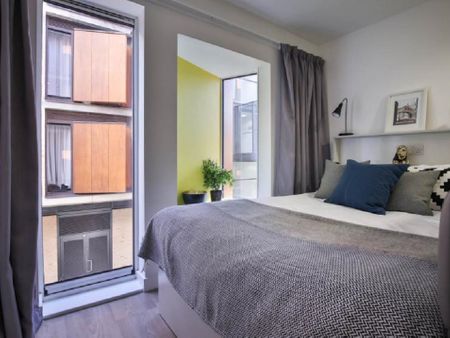 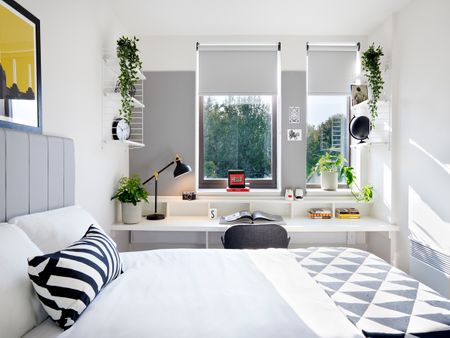 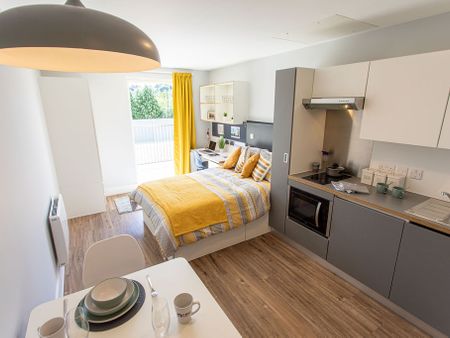 Choose from student housing located within easy reach of the universities and the city centre with views of the stunning dreaming spires, or directly beside the historic Botanic Garden.

Booking your student home with us will make sure you get the most out of your stay in this remarkable city.

If you need any assistance don’t hesitate to give us a call or contact us on live chat. Our helpful booking consultants are always available to answer your questions!

Get to know Oxford

Situated in the south of England, Oxford is one of the oldest and most celebrated university cities in the world. The county town of Oxfordshire is world-famous for its prestigious Oxford University, the oldest university in the English-speaking world.

Dubbed the ‘City of Dreaming Spires' for its stunning architecture, Oxford is a beautiful and historic city. It has been an established town for over 800 years and a home to royalty and scholars since the 9th century.

It has inspired writers, artists, scientists, and politicians over many generations. It’s the birthplace of Alice's Adventures in Wonderland and the Lord of the Rings and has fostered the ambitions of 47 Nobel Prize Winners, 27 British Prime Ministers as well as numerous top business leaders.

So if you choose to study in Oxford you’ll be following in the footsteps of great men and women, many of them world leaders. What you’ll also get is a splendid mix of ancient and modern.

Oxford combines amazing heritage with a growing hi-tech community complementing its ancient architecture with modern amenities and a bustling cosmopolitan atmosphere. This draws people from all over the world to study and live in the city. Since Oxford is an international centre of learning with a rich mix of international academic talent, the city bubbles with intellectual vibrancy.

Oxford has some of the finest museums anywhere in the world. The city boasts several world-class museums where you can soak up the city’s historic culture, view grand collections of art and cultural artefacts from around the globe, or gain material to help put your literary and historical studies into context.

The world-famous Ashmolean is the world’s first university museum. At the Natural History Museum, you can see the most complete remains of a dodo anywhere in the world. The Museum of the History of Science houses a large collection of historical scientific instruments.

The Bodleian Library is the research library of Oxford University and, housing over 12 million items, it is the second-largest library in the United Kingdom.

Studying in Oxford isn't only about days and nights locked in libraries and classrooms. There’s plenty of opportunities to let your hair down.

From visiting one of the local pubs, bars or cafes to exploring some of the local tourist attractions, checking out the local music and art scenes, or seeing a film at a nearby cinema, you’ll always find something to do in this vibrant city.

Wander Oxford’s wide and cobbled streets and explore an intricate network of smaller lanes lined with noble buildings and places to enjoy arts and entertainment.

Stop and relax for great food and drink and check out the city’s numerous major tourist attractions including the iconic Bodleian Library, Carfax Tower and the historic Covered Market with its many tourist shops. Climb the tower at University Church for superb views of Oxford’s breathtaking spires.

For a city famed for its world-class university offering, esteemed heritage and culture, the varied selection of entertainment, art activities and venues throughout Oxford is quite impressive.

You can spend an enjoyable day out at an art gallery, or at one of the city’s world-class museums. If you want an enjoyable evening of entertainment you can choose from an enviably long-list of world-class, historic and entertaining arts and performance venues for the latest dance, musical, comedy or drama shows.

From local and amateur performances and productions to large, nationally-touring plays in theatres large and small, including the Oxford Playhouse, the Burton Taylor Studio, the Pegasus Theatre and the North Wall, there's always a show on in Oxford.

Oxford is also home to arguably two of the best independent cinemas in the United Kingdom. The Phoenix and Oxford’s first purpose-built cinema, The Ultimate Picture Palace, both offer a mix of Hollywood blockbusters and thought-provoking cinema from around the world.

If you’re a night owl and a lover of music, there’s a varied selection of lively bars, pubs, nightclubs, and quirky hangout spots to keep you entertained until the wee hours of the morning.

Though Oxford isn't famous for its nightlife, it does come alive when it gets dark with plenty of places to have a good night out. Meander down an old city lane to find the Turf Tavern, an ancient student pub where famous faces like Bill Clinton and CS Lewis once drank. If you fancy a cocktail, head to The Varsity Club with its rooftop bar and views over Oxford.

Most student club nights will take place during the week.

When you need to relax, Oxford has several green spaces such as the Botanic Gardens (the oldest botanic garden in Britain), Port Meadow, Christ Church Meadow and the University Parks, which are open to the public year-round.

The River Isis is an ideal waterfront escape. Bring a picnic to the home of Oxford’s famous rowing clubs and watch other students studying in the sunshine or punting down the river. You can't truly say you've studied in Oxford until you've tried it.

Good ways to save money as a student in Oxford

There are plenty of special offers and deals available for students in Oxford as long as you have some form of student identification like an ISIC card.

A TOTUM card (previously known as NUS Extra) will make your money go further by giving you access to massive student discounts and deals on eating out, fashion, tech, travel, and everything in between. The card gets you plenty of perks, including a 10% discount on everything at Co-op, so try to milk it for every penny, and don’t be afraid to whip it out at any cash register.

Websites like Student Beans and Taste Card also provide discounts for many of the chain restaurants, while Oxford's smaller local restaurants will often have their own in-house student deals.

There’s no shame in being frugal as a student. When visiting museums, art galleries, etc. remember to always ask if there is a student discount.

The university offers 48 undergraduate degrees in a wide range of disciplines, from the traditional sciences through to humanities, law, languages, and fine art as well as joint honours programs such as Philosophy and Theology, and Archaeology and Anthropology.

One of the world’s most prestigious universities, Oxford has a strong alumni base of more than 350,000 spread across almost every country on the planet. A large portion of them are highly distinguished in their fields, including 72 Nobel Prize laureates, 6 Turing Award winners, 3 Fields Medal recipients, over 100 Olympic medallists, 28 prime ministers of the UK and many heads of state and government around the world.

Oxford Brookes University (OBU) is a public university with award-winning faculty and world-class infrastructure. Globally renowned for Research Excellence, its origins date back to 1865 where it was formerly named the Oxford School of Art. The university proudly boasts 11 National Teaching Fellows in its faculty members.

How do I apply for student housing in Oxford?

After utilising our search filters and the map to find your preferred university accommodation, go to the property page by clicking on ‘View rooms’.

On the property page, choose your room type and click ‘Enquire’ or ‘Book Now.’ You’ll then be contacted by one of our booking consultants who will answer any questions you might have, or if you’re ready to book, get your contract sorted and ready for you to sign.

1. Shared Rooms have two or more people sharing the same bedroom. Other living spaces are shared with tenants from other rooms.

2. Private Rooms offer a private bedroom. Depending on the property, your bathroom might be private or shared. Other living spaces are shared with tenants from other rooms.

3. Entire Place is a fully self-contained studio flat with a private bedroom, bathroom and typically a kitchenette for cooking meals. No need to share anything!

Do you offer graduate accommodation?

Yes, as long as you are a full-time student you can stay at any of the properties listed on Student.com.

No, bringing pets to Oxford University student halls is usually not allowed. So if you want to bring your pet with you, you’ll likely have to choose private accommodation.

Many of the properties we list in Oxford have an excellent array of photos and videos on the property pages, so you’ll get a good idea of what your new home will look like even without seeing it in person.

If you would prefer to see a place for yourself though, and you can get to Oxford before your move-in date, we can arrange a viewing for you. Just contact us and one of our booking consultants will set it up.