We use cookies to improve your experience. By continuing, you agree to our use of cookies. See our Cookie Policy .
Select University
Try to select your university?
Move inMove out
Student Accommodation BuildingShared living in a managed building with onsite teams and shared facilitiesStudent HousingPrivate or shared living in a house, apartment, hotel or homestay
Shared RoomEnjoy the communal feeling of a shared room, which sleeps two or more in separate beds.Private RoomNo need to share in a private room, your sleep/study space is your own.Entire PlaceRelax in the privacy of a fully self-contained property.
No Visa No PayYour booking can be cancelled for free if the Visa application has been deniedNo Place No PayA booking can be cancelled for free if you have failed to obtain the required qualifications to get into your university of choiceCOVID-19 Cancellation PolicyA booking can be cancelled because of the ongoing COVID-19 situation
Book NowBook Now means you can book the property by paying a deposit
Special offerTurn on special offer to view properties with promotions only
8Properties
Recommended Accommodation in Chester is in high demand. 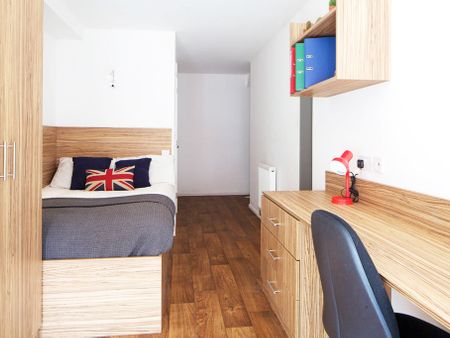 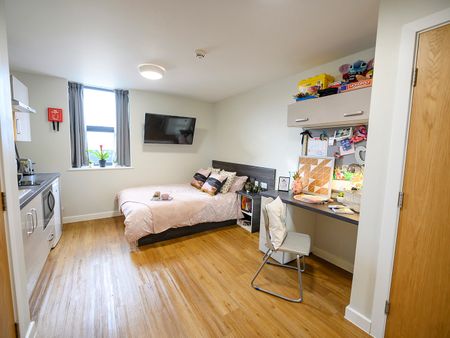 The beautiful city of Chester is encircled by rich history and loaded with attractions.

The city also boasts top quality housing for students. Our student accommodation in Chester consists of several student housing properties situated in convenient locations where students can take full advantage of all the city has to offer.

Whether you are looking for a shared apartment or a fully private studio flat, our student rentals are modern, stylish, and perfectly located in the city’s centre for easy travel to and from campus and close to bars, pubs, eateries and designer stores.

You can always contact us if you need any more information, our booking consultants are happy to help!

Get to know Chester

Sitting just south of lively Liverpool, this fascinating city seldom gets mentioned in the conversation for the best student cities in Britain.

But this small north-western English city is a fantastic place to live and study. QS (Quacquarelli Symonds), one of the the world’s leading experts on global higher education, named Chester as one of Britain’s most underrated cities.

One of the best-preserved walled cities in Britain is filled with history, vibrancy, charm, character, and things to do and see. Founded as a Roman fortress in the 1st century A.D., Chester is a city that is steeped in history. But it’s also a bustling 21st-century city that balances that inescapable history with constant development.

The past and the present, the young and the old, the traditional and the trendy are all combined in a unique way to make Chester the diverse city it is. This is a city where the most complete Roman amphitheatre in Britain sits right across from one of the coolest night clubs in the United Kingdom.

Chester was founded as a "castrum" or Roman fort in the year 79 and was one of the three major Roman army bases in the UK.

Most of Chester’s stunning architecture is evidence of its existence during the medieval period. But the city played a significant role in the Industrial Revolution which began in the North West of England in the latter part of the 18th century.

The substantial expansion and development during this period brought railways, canals and new roads to the city. Buildings such as the Chester Town Hall and the Grosvenor Museum are examples of Victorian architecture from this period.

Many of the black-and-white buildings within the city centre are Victorian restorations, originating from the Black-and-white Revival movement in the mid-19th century.

Fast forward to the 21st-century, Chester’s storied past is proudly preserved throughout the city in extensive ancient Roman walls made of local red sandstone, the iconic Eastgate Clock, the archaeological treasure Chester Cathedral, Roman Gardens to the historic Rows.

It can be said that the city has been built around its history as not many cities have a Roman Amphitheatre a few streets away from modern shops, restaurants, and bars.

The preservation of this history is partially responsible for Chester being regarded as one of Europe’s prettiest cities. The city is awash with green space and bordered by the scenic River Dee and surrounded by beautiful countryside.

There are miles of natural pathways to cycle or jog along. Grosvenor Park is a beautiful 20 acres of green space overlooking the river. The famous Roman Gardens feature fragments of excavated fortresses. The Meadows is great for a walk along the riverbank or a paddle in the water. It’s has great tranquil spots where people can find some serenity away from the bustling city.

Big metropolitan cities are often less intimate and difficult to get to know while very small cities can sometimes feel a bit mundane. Chester strikes a solid balance – it’s large enough to offer diversified and thrilling experiences, yet small enough to charm visitors.

With affluent suburbs, a plethora of classy cocktail bars, traditional pubs, independent restaurants, and a loaded calendar of yearly events within easy reach, Chester is a great place to study abroad.

The city has often been ranked as one of the best places to live in the UK and has been dubbed 'a regional treasure.' In 2018 The Sunday Times Best Places to Live in Britain, which covers all the UK regions, named Chester the second-best place to live in the North West.

In recognition of its strong night-time economy, Chester has been awarded the coveted ‘Purple Flag’ status. The city’s nightlife offers variety, uniqueness and atmosphere with bands and DJs playing across the city every night of the week. Telford’s Warehouse, The Live Rooms, or Alexander’s Live usually host the most popular ones.

From the multi-award-winning Chef’s Table restaurant to quaint cafes like the Flower Cup, to student-friendly bars and clubs like Rosie’s and Cruise, there are plenty of options for every occasion.

Get a cocktail with friends at 2019 Taste Cheshire Food & Drink Awards Best Bar winner Lono Cove or, if you’re looking to enjoy cocktails with a party vibe check out Kuckoo.

When you want to grab a bite, you won’t be short of options as Chester’s cobbled streets are lined with cuisines from across the globe. Michelin-starred restaurants, well-known independent eateries, as well as hidden foodie gems down side streets and in the Chester Market await you.

The city is also home to all sorts of other festivals throughout the year, including the multi-venue live music event Chester Live, Chester International Film Festival, Chester Literature Festival, and Chester Pride.

Chester is perhaps just as renowned for its shopping as it is for its architecture. Within its distinctive double rows of shops all over the city, there’s a wide range of high street favourites, designer boutiques, and independent stores to suit many styles and budgets.

If the Grosvenor Shopping Centre and The Rows are not enough to satisfy your spending urges, UK’s largest outlet shopping destination Cheshire Oaks is only a 15-minute drive from Chester.

Where to study in Chester

Only universities of Oxford, Cambridge, Durham, and London outdates Chester as a higher education establishment in England.

The University of Chester became the first dedicated teacher training college in the UK when it opened its doors in 1839 as the Chester Diocesan Training College.

After gaining full university status in 2005, the institution now offers much more than just educational training. It offers over 400 course combinations in a wide variety of subjects to its 15,000 students.

At 95.1% the university’s graduates rank as the most employable in the North West of England according to the latest Destination of Leavers from Higher Education 2015 survey, thanks to a dedicated Careers and Employability department.

ULaw, formerly known as The College of Law, has 15 locations in 13 cities across the UK, one of which is located in Chester.

Founded in 1962, it was granted degree-awarding powers in 2006, and in 2012 changed its name when it became the UK's first for-profit educational institution to be granted university status.

The Chester campus is located just 10 minutes from the city centre by car.

How do I apply for student rentals in Chester on Student.com?

After choosing the property you wish to live in, go to the page of the property and click “Book Now” or “Enquire” to get more information.

You can then leave your contact details so that one of our booking consultants can call you to give you more information or walk you through the next steps of the booking.

1. Shared Rooms have two or more people sharing the same bedroom as well as kitchen and bathroom with occupants of other rooms.

2. Private Rooms offer a private bedroom, but other living spaces are shared with tenants from other rooms. Depending on the property, the bathroom might be private or shared.

3. Entire Place is a fully self-contained flat with a private bedroom, bathroom and a kitchenette for cooking your own meals.

Yes, just get in touch with us. One of our booking consultants will be happy to arrange a viewing for you.

Yes, a deposit is required to secure your booking.