This figure solidified China’s position as the third most popular destination country for overseas students, behind the US and UK.

Over the past decade, the amount of individuals undertaking courses in China has more doubled. 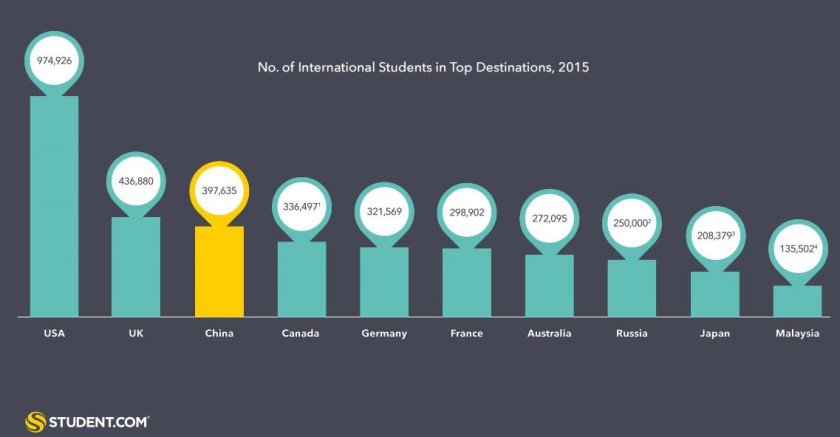 In 2006, 162,695 students went to China to study. Since then, the Asian country has experienced a faster year-on-year growth than its rival destinations around the world.

On average over the past ten years, China has seen a 10% increase, compared to the UK’s 3% rise.

The gap between China and the UK was small last year, with the European nation attracting 436,880 students, behind the US’s 974,926 enrolments. 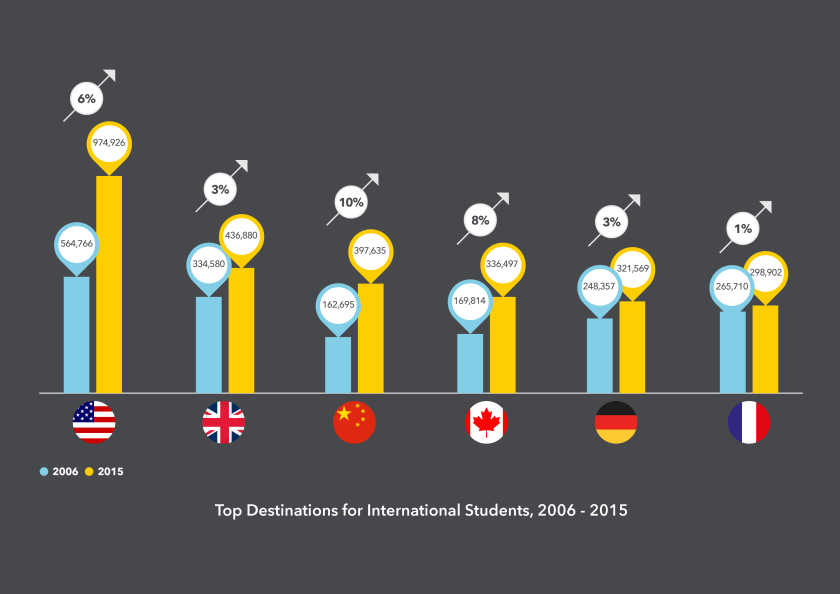 There are many reasons to explain the boom, including improved education and scholarship funding.

Previously both were ranked between 100-150, representing a dramatic rise this year.

The fastest growth has been with degree-seeking students, with the sector rising from 34% to 46% in the past three years.

Research appears to be a key factor, particularly going by strong enrolment growth at a post-graduate (557%) and doctorate level (437%).

Another factor attracting students from all over the world is the financial aid on offer in China.

The amount of funding programs for full-time, degree students has grown fivefold in the last decade.

“In the past two years, the Chinese government has actively increased the availability of scholarships, made it possible for foreign students to take on part-time work, simplified visa processes and standardised the assessment of international degrees.

“All these are important measures to promote education for international students in China.”