Chinese New Year is approaching, and cities right across the UK are getting ready to celebrate the most important date in the Chinese calendar. So whether you’re studying in Leeds or London, here’s how you can join in for the Year of the Monkey! 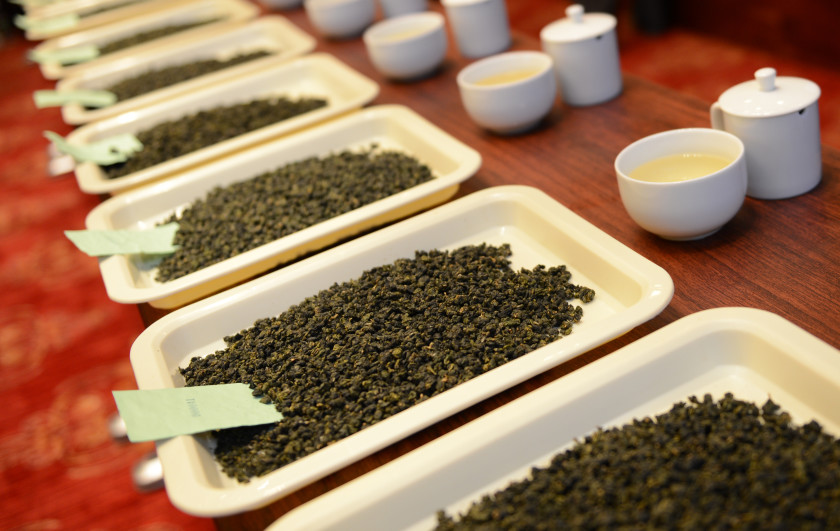 If you’re a student in Bath at the University of Bath or Bath Spa University, you can join the festivities going on at the Museum of East Asian Art for Chinese New Year. You can listen in on storytelling sessions telling the exciting tale of The Legend of the Monkey King, and join in with various adult workshops with everything from arts and crafts to tea tasting. 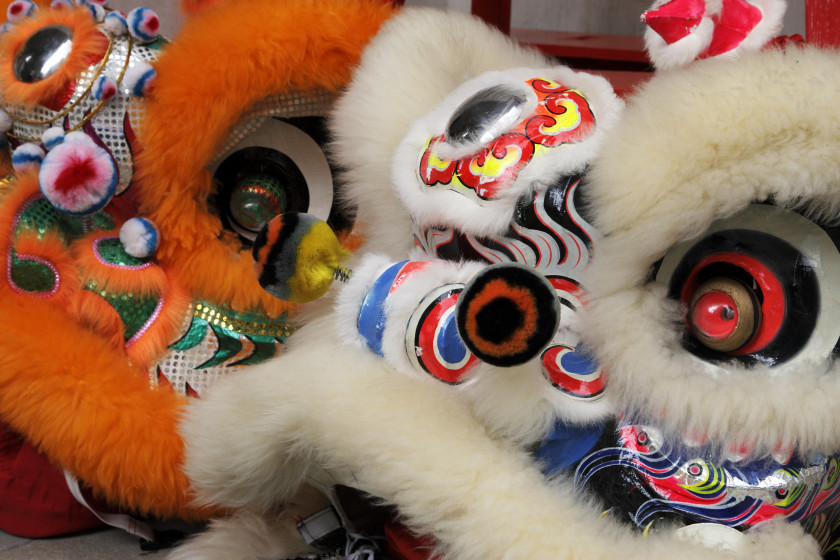 Studying at the University of Birmingham or Birmingham City University? Then you should head over to the Arcadian Centre in Birmingham, because it’s hosting the largest Chinese New Year event in the Midlands, attracting around 30,000 people to the Chinese quarter each year. On-stage entertainment will include lion dances, acrobats, martial arts and traditional music and dancing, and there will also be market stalls and a food festival. The festivities conclude at 5pm, when there’ll be a spectacular finale with lion dances and firecrackers. 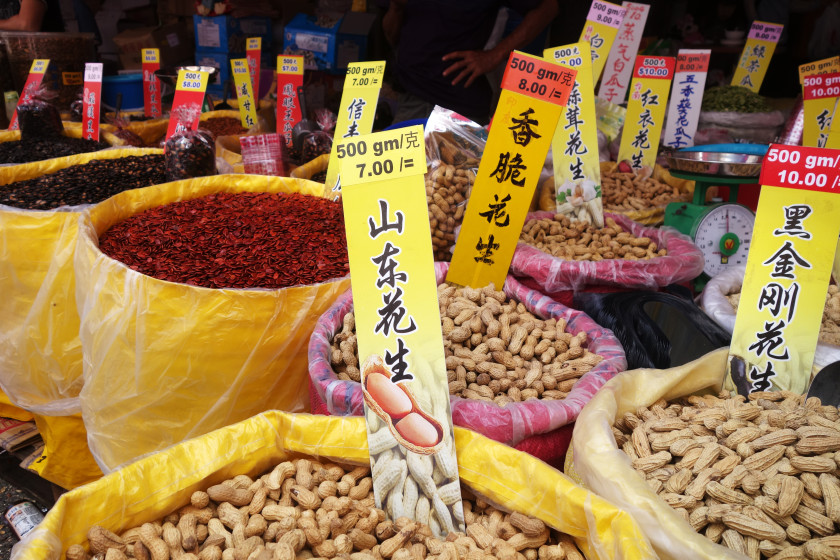 To celebrate Chinese New Year, Bournemouth is hosting the first Chinese open-air market in the South of England at Boscombe Precinct on Christchurch Road. You’ll find a wealth of stalls featuring traditional food, toys and clothing, as well as live performances with Chinese dancing, kung fu and lion dancing. Be sure to check out the fashion show and the workshops creating Chinese lanterns. 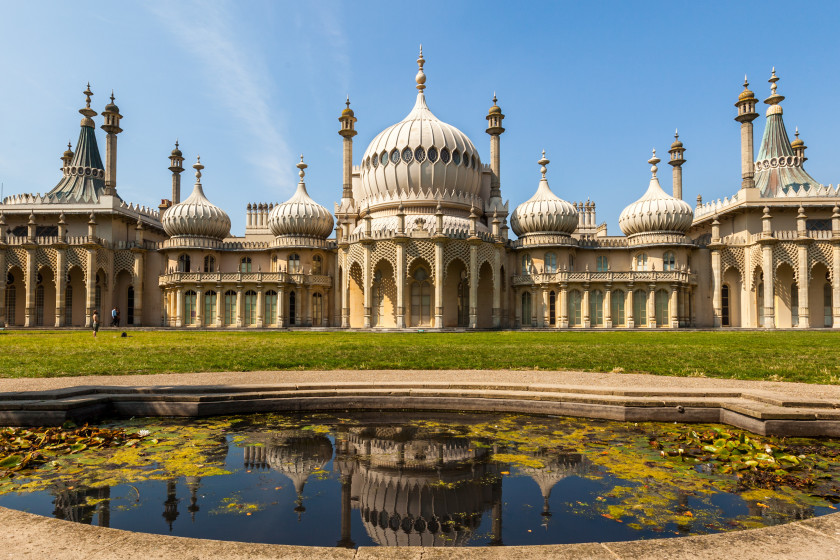 This year, the theme for Brighton’s Chinese New Year event at the Clarendon Centre is ‘Happier and Healthier – A Better Future For All’. Be sure to check out the Chinese festival food stalls, lion dancing and traditional instrument performances if you’re attending the University of Sussex or the University of Brighton. 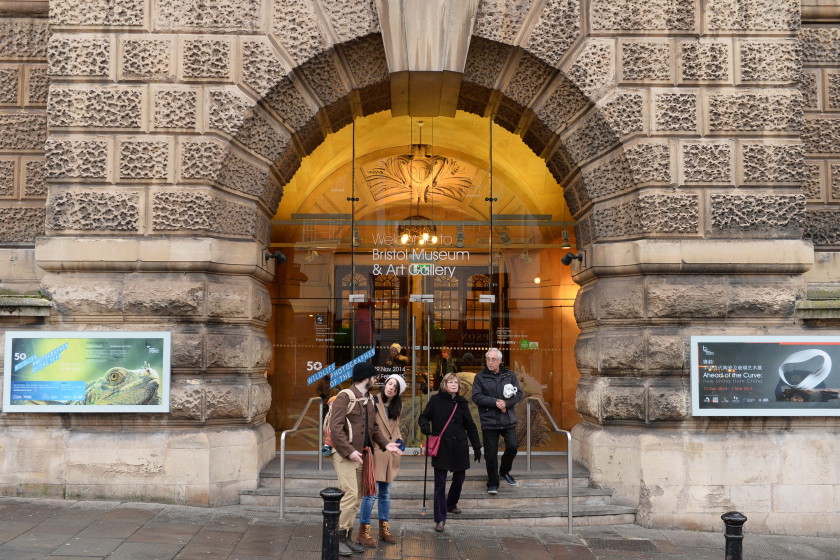 11am to 4pm, Saturday 6th to Sunday 7th February, free 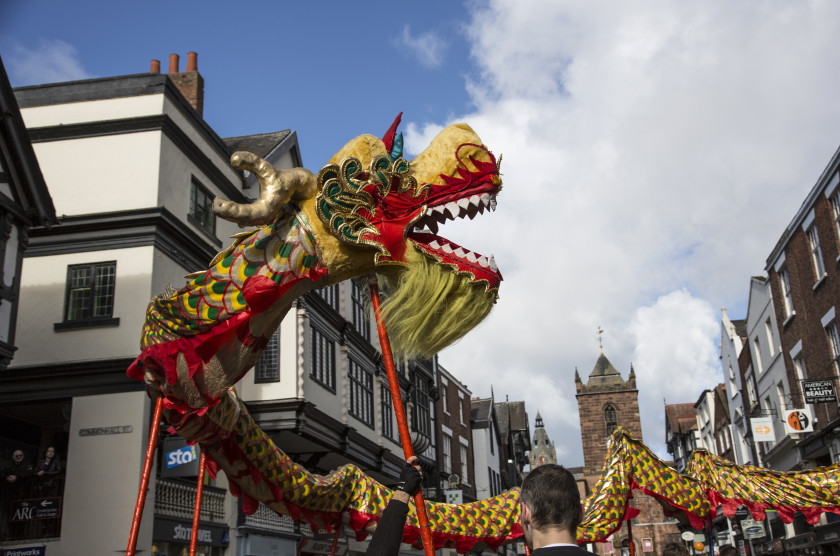 This year, the Chinese New Year celebrations in Chester will involve traditional lion and dragon dances, firecracker displays and live music performances. If you’re studying at the University of Chester, be sure to visit the city centre on the day to join in. 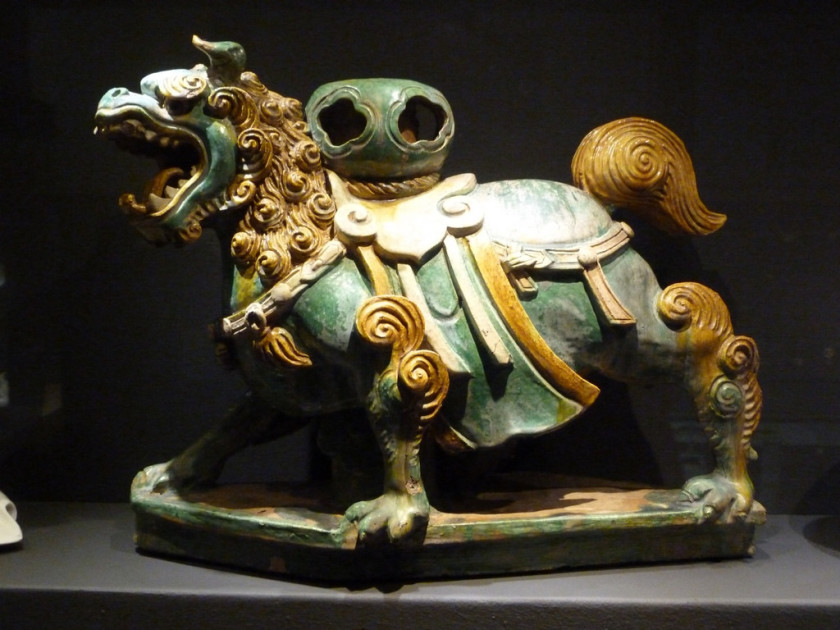 This year, Durham will show lion dances in Market Place, Prince Bishops and Watergate to celebrate Chinese New Year on Saturday 13th February. The Oriental Museum is also hosting a special late-night opening for the Lunar New Year Lantern Festival, which marks the end of the New Year celebrations. If you’re a student at the University of Durham, head down to see the museum lit up with lanterns, try some arts and crafts and dig into special food and drink while you listen to stories. 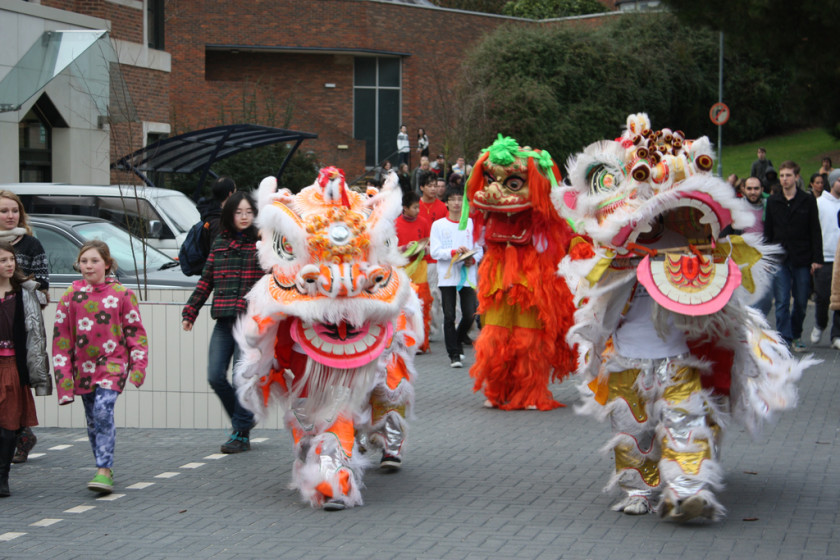 The University of Exeter’s Chinese New Year celebrations are the biggest in the city, and are regularly attended by over 2,500 people. You can start by watching the dragon and lion dancing through Cathedral Green to Bedford Square in Exeter at 1pm. If you miss it, there’s another show at 3pm at Great Hall Plaza, Streatham Campus. Browse the Chinese Market and live performances inside the Forum until 6.15pm, when you can watch the fireworks show finale from the XFI building. 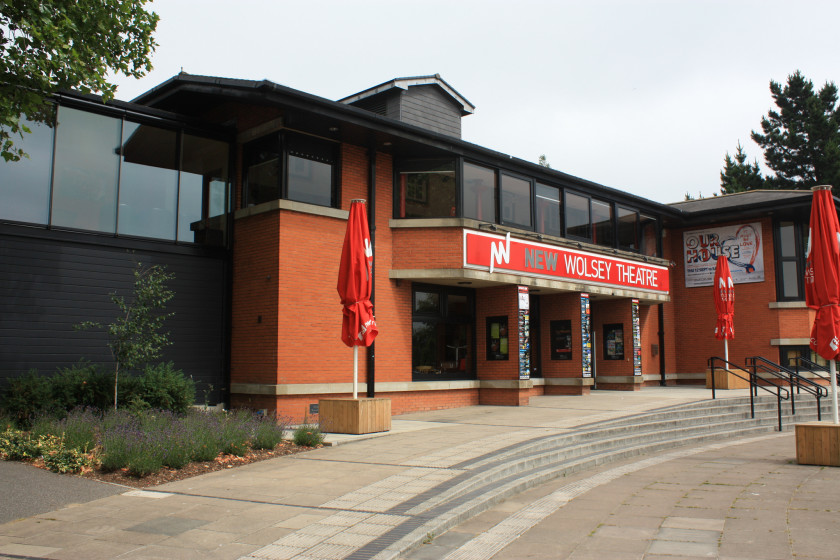 In Ipswich, the New Wolsey Theatre is putting on a night of traditional and Western-style dancing, singing and musical shows, performed by locals and professional acts. 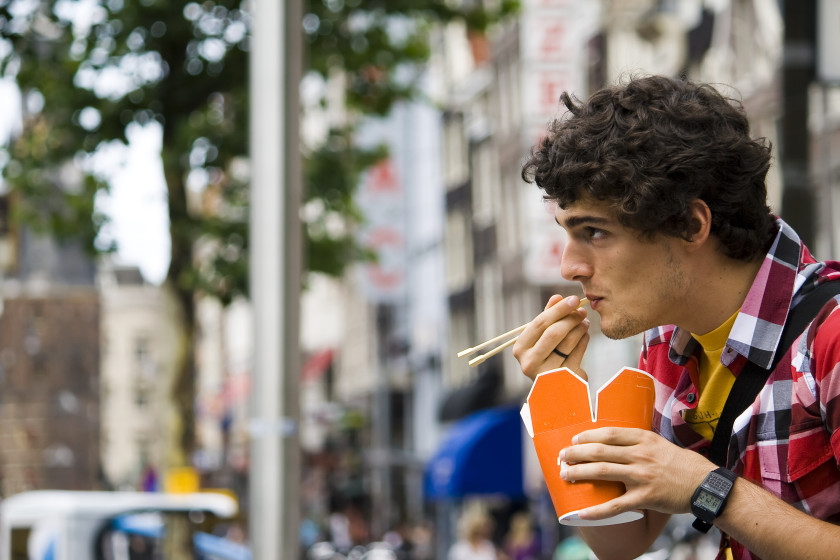 If you’re studying in Lancaster, head down to Market Square for a jam-packed day of live music, dance and theatre at the Lancaster Chinese New Year Carnival. From 11am, you can see lion and dragon dances as well as live performances from groups like Pagoda Arts and Blackpool Qilin Martial Arts Team. There will also be a street market showcasing a mouth-watering array of international street food. At 2pm, a parade featuring the Northern Dragons and Batala will make its way along Penny Street and through the city centre. Elsewhere, you can join artist Pui Lee in a free lantern-making workshop at Lancaster City Museum between 28th and 31st January – and then join the parade with your own creation! 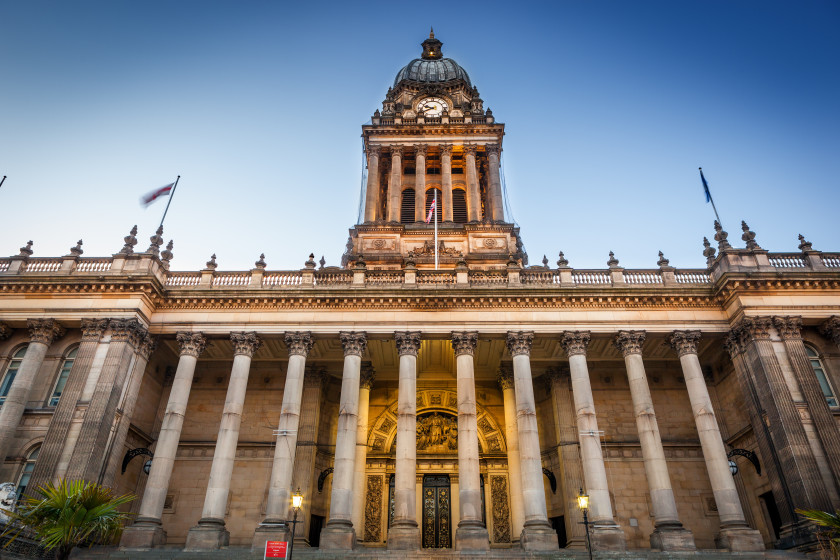 The Leeds Chinese Community Association is hosting the Chinese New Year festivities in Leeds again this year, with a packed itinerary of events taking place at Leeds Town Hall. If you’re studying at the University of Leeds, head down on the day to see live dancing and musical performances as well as Chinese calligraphy, kung fu and tai chi. There will also be various stands selling everything from Chinese food to crafts and beauty products. Tickets go on sale from 10.30am, and the workshops begin at 11am. 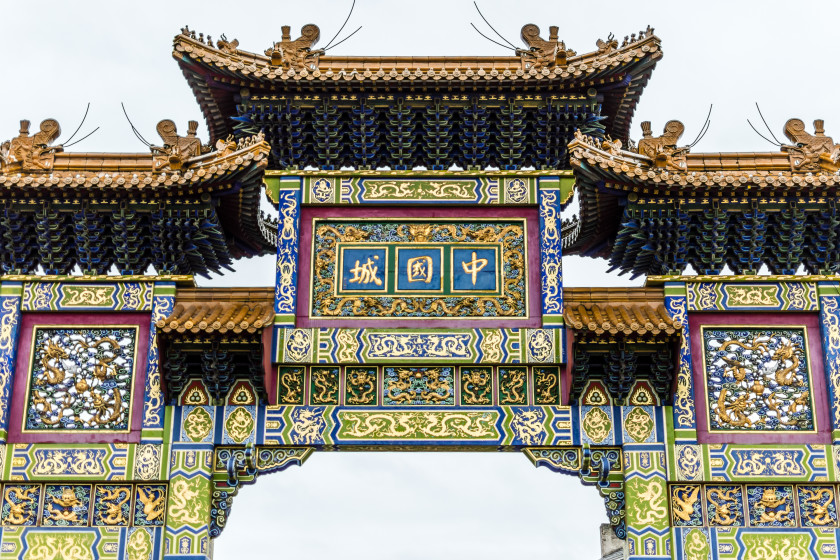 Liverpool’s Chinese New Year celebrations will centre around Chinatown, which you should check out if you’re studying at the University of Liverpool. You’ll find the largest Chinese Arch outside of China, which was made to commemorate the twinning of the city with Shanghai and features 200 dragons. There will be a fun fair and Chinese market running along Great George Street from 11am, and by 11.30am the dragon, unicorn and lion parades will set off. The day will finish with a spectacular firecracker display in Great George Square starring the ‘Lucky Man’. Elsewhere, Liverpool’s museums will be holding multiple events of their own, including calligraphy workshops and lantern parades – click here for more info. 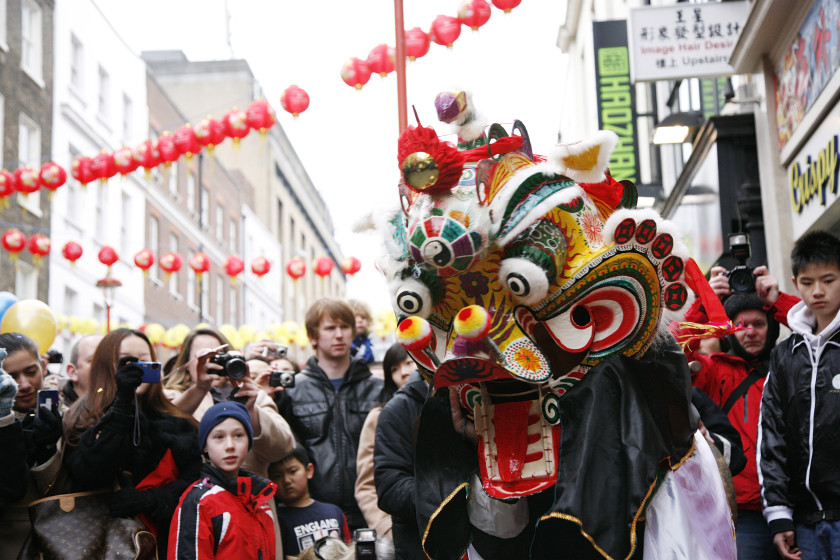 If you’re studying in London, you’ll have the largest Chinese New Year celebration outside of Asia based right on your doorstep. Kick off the day by watching the parade wind its way from Charing Cross Road to Shaftesbury Avenue from 10am. Afterwards, you can walk less than five minutes to China Town nearby to watch the lion dance teams perform, or stick around Trafalgar Square to watch the free entertainment – highlights include dance and music performances from Chinese groups and the spectacular Chen Brothers flying lion dance team. 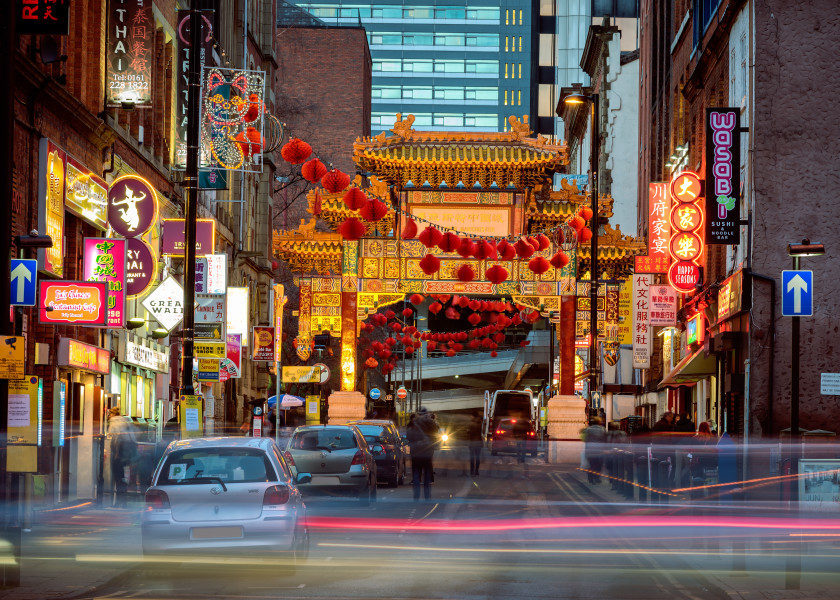 There’ll be celebrations right across Manchester to ring in the Year of the Monkey. The festivities will begin on Thursday, and St Ann’s Church will be illuminated with a dazzling light show from 6pm to 9pm. A dragon parade will make its way through the city centre on Sunday 7th February, starting in Albert Square at 1pm. Nearby in Chinatown, there will be an array of spectacular stage shows between 3pm and 5pm, followed by a buzzing fireworks finale at 6pm. There’s a packed itinerary right across the weekend, with street markets, food festivals, dance performances and more. Be sure to attend if you’re studying at the University of Manchester or Manchester Metropolitan University. 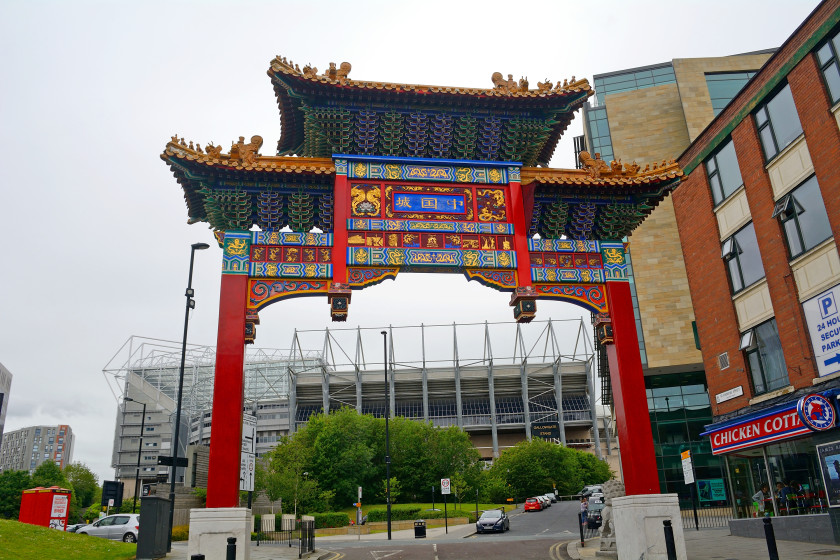 Newcastle is set to hold the biggest Chinese New Year celebrations in the North East, so there’s a lot going on locally if you’re studying at Newcastle University. The main festivities will centre around Chinatown, so head to Stowell Street where things will kick off with traditional dragon and lion dances at 12.30pm. Then, wander over to Bath Lane and Thornton Square to browse the fairground and Chinese market, where you’ll find traditional arts and crafts and heaps of delicious food. The Bath Lane stage will host a variety of performances, including a lion dance to distribute lucky money for the event’s grand finale at 4pm. For more on Chinese New Year events in Newcastle, click here. 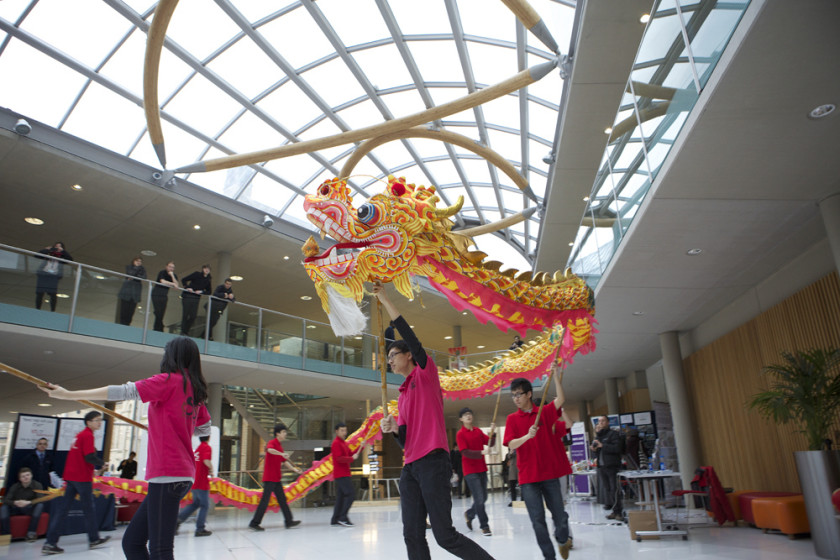 If you’re studying at the University of Nottingham or Nottingham Trent, you can join in the Chinese New Year celebrations down at Beeston Square in Nottingham this year. You’ll see traditional lion and dragon dances, martial arts demonstrations as well as a lantern parade, and you can also browse the interactive stalls and craft market. Stick around to watch the exciting fireworks finale at 5.55pm. If you can’t make it, you can catch another fireworks display on Sunday 14th February at Nottingham Lakeside. 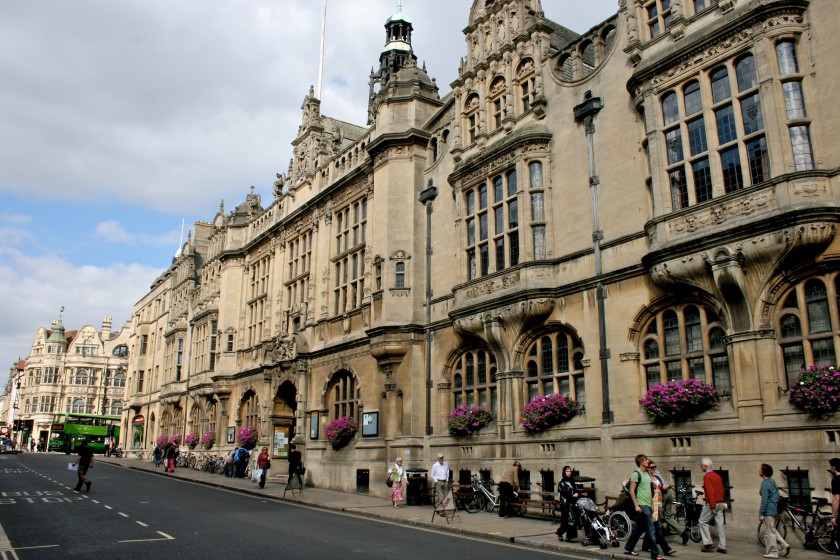 If you’re a student in Oxford at the University of Oxford or Oxford Brookes University, you can celebrate Chinese New Year at Oxford Town Hall. Start by filling up on lunch between 12.45pm and 1.45pm, and then watch the variety show which features lion dancing, Chinese folk dances, Chinese music performances and Chinese New Year songs. 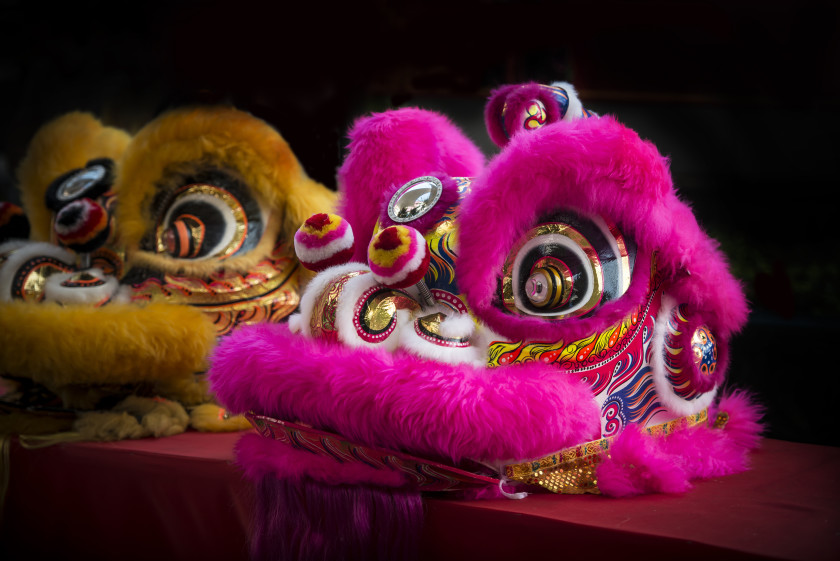 This year in Southampton, WestQuay is hosting a Chinese New Year celebration with the Chinese Arts Southampton. If you’re attending the University of Southampton or Southampton Solent University, you can join in on the day by watching dance, martial arts and musical performances and cheering on the traditional dragon dance. There will also be a range of free workshops. 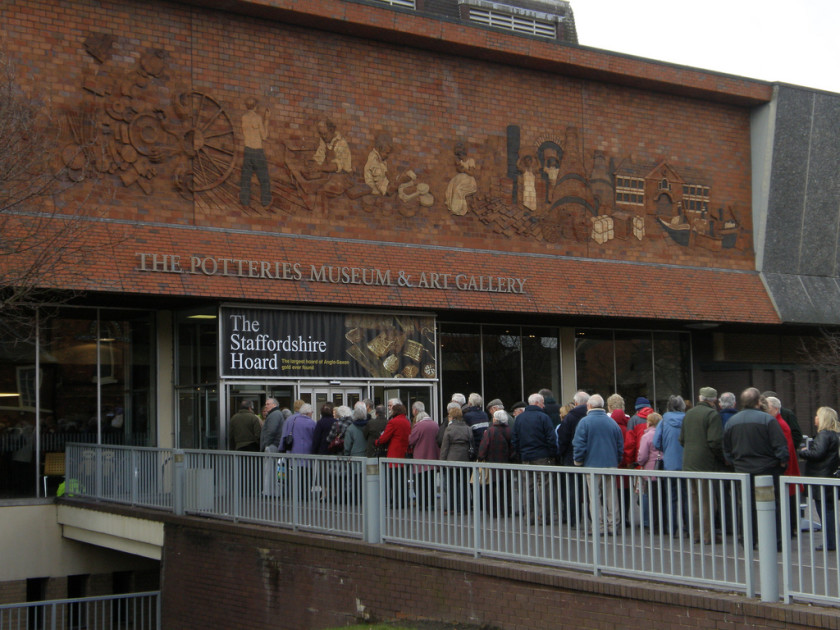 If you’re living in Stoke-on-Trent, you can head down to the Potteries Museum & Art Gallery to join in the Chinese New Year celebrations. There’ll be traditional music and dances, including performances by iconic dragon and lion dance troupes.You’ll also find Chinese arts and crafts workshops, Cantonese opera as well as tai chi demonstrations. 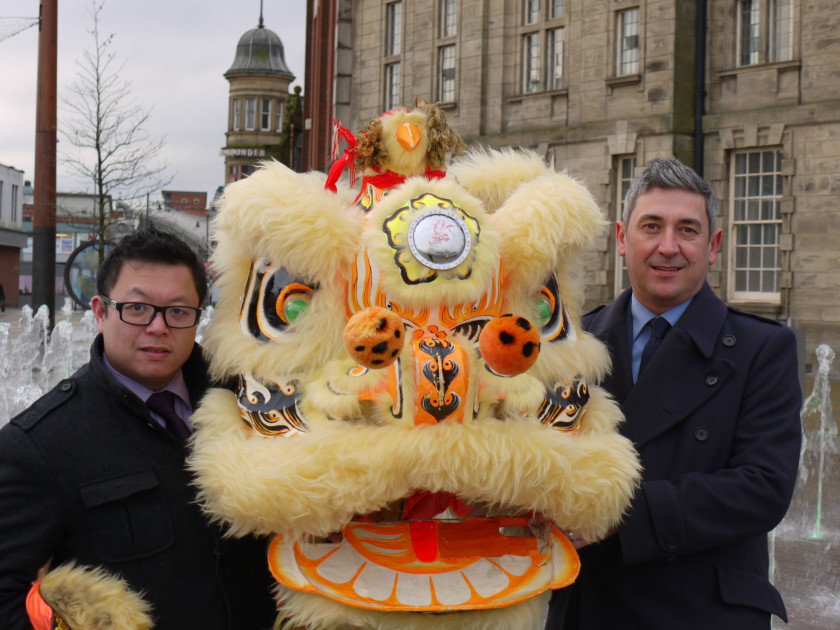 Sunderland is hosting its first Chinese New Year celebration this year. If you’re a student at the University of Sunderland and would like to join in, head over to Keel Square in the city centre to watch traditional dragon and lion dancing, as well as a whole host of demonstrations in things like martial arts. Sunderland Museum & Winter Gardens is also involved, with activities including Chinese lantern making and arts and crafts running on the day from 11am to 3pm. Listen in on the ancient folktale of Monkey: Journey to the West in the picturesque gardens.

If you’re studying in the UK, you should read these to learn more about the English language

10 British Phrases To Get You Talking Like A Local

39 Reasons Why Studying In The UK Will Ruin Your Life

In more ways than you think