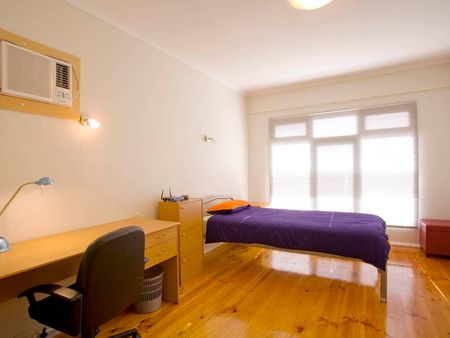 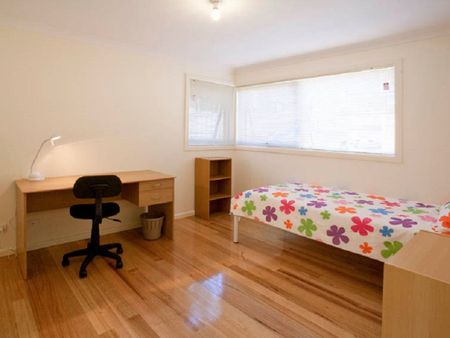 Student.com currently lists over 150 student properties in Melbourne. So if you want to study and live in Melbourne, Student.com is a great way to find your ideal new home. If you already know what university you’ll be studying at, use our helpful map function to see which properties are close to your campus. You can sort the properties based on price to easily find the ones that are right for your budget.

Get to know Melbourne

Melbourne was founded in 1835 by British settlers, but there have been aboriginals living in the area for 30,000-40,000 years already. Melbourne became a boomtown during the 1850s gold rush and by the late 1880s it was one of the largest cities in the world. It was also the seat of the Australian government before Canberra became the capital of Australia in 1927. One of Melbourne’s current claims to fame is its tram network, which is the largest urban tram network in the world.

Things to do in Melbourne for students

In a city as large as Melbourne, there is a lot to do for a student. Start in the heart of Melbourne’s city center. Admire beautiful Victorian buildings and shopping arcades as you ride the tram. Wind up narrow lanes scattered with street art and make a note of any little wine bars or restaurants you want to return to later with friends. Walk by the river, cross over to Southbank and look back at the city skyline and gardens. Head east to St Kilda and walk along The Esplanade watching kayaks and swimmers. Head to the leafy North East on a bike ride, relax on the grass at Prahran baths or bushwalk in the Dandenong Ranges outside the city. Wherever you go, you’ll find cool cafés serving up superb brunches and amazing coffee.

If you want to admire your new home city from above, take a lift to the top of the Eureka Tower, which has the highest public vantage point in the Southern Hemisphere at 285 metres (935 feet). It offers great views of Melbourne and the surrounding area.

Culture and shopping in Melbourne

If you feel like getting a dose of culture, head over to the Federation Square, a trendy arts and culture venue on the edge of the Melbourne central business district. Located next to Flinders Street station, it’s easy to reach by public transport and is also a great place to spend an evening as it also boasts cafes and bars.

Other great places to shop are the historic Queen Victoria Market, the largest open air market in the Southern Hemisphere that was established already in the 1860s and the giant Melbourne Central Shopping Centre, which boasts over half a million square feet of retail space and almost 300 different shops and services.

If you like animals or good food, you don’t want to miss the Royal Melbourne Show, an annual agricultural event held every September at the Melbourne Showgrounds, northwest of the city centre. It’s a great chance to get up close to farm animals and enjoy great food and drink.

For sporting events, head over to the Melbourne Cricket Ground, the largest cricket stadium in the world and the main stadium for the 1956 Olympic Games. The first ever Test cricket match was played here in 1877. The stadium was also the venue for the first ever One Day International, which was played in 1971. Despite its name, the Melbourne Cricket Ground also hosts Australian rules football games, which are actually played at the stadium more often than cricket matches.

With almost five million inhabitants, Melbourne has a large number of universities. The University of Melbourne was established in 1853, making it one of the oldest universities in Australia. It’s also one of the best, being the highest ranking university in Australia and number 32 in the world in the Times Higher Education rankings for 2020. About 50,000 students study there, around 12,000 of whom are from outside Australia. The international students come from 130 different countries, so if you’re looking for an international atmosphere, look no further.

Monash University is the other Melbourne university that made the Times Higher Education’s top 100 list of universities of the world, coming in at number 75. The university was established in 1958 and today has about 70,000 on-campus students. With 27,000 international students, Monash University is another great option for those looking for an international atmosphere with lots of different cultures present. The university consists of several campuses, among them the Clayton campus and the Caulfield campus.

How do I book student housing in Melbourne?

Here at Student.com, we’ve tried to make booking your new student home as easy as possible. You can filter and compare the properties to find the right one for you and use the map function to see which properties are close to your university or a part of Melbourne you might be especially interested to live in. Be sure to use the map tool if you’d like to live within walking distance of your university and want to find all of our properties that are close to your campus.

After you’ve found a property you like, go to the property page and click ‘Enquire’ or ‘Book Now’. One of our booking consultants will then be in touch and take you through the next steps. We believe that this way you’ll be able to find your ideal home and enjoy student life in Melbourne as much as possible.

Do I need to get a student visa to study in Australia?

Yes, if you’re not from Australia, you’ll need a student visa to be able to study in Australia. In most cases there should be no problems in getting a visa, but every case is evaluated individually. Many of the landlords we list will pay you your money back if you were to happen to not get a visa. Talk to our booking consultants to find out more.

How long do I have to book for?

In general we offer both long and short-term bookings. However, many of the properties we list have their own fixed move-in and move-out dates based on the academic calendar in Australia. Our booking consultants will be able to give you more information if you require different dates.

What kind of accommodation options do you offer in Melbourne?

There are three different accommodation options you can choose from in the properties we list in Melbourne. If you book a Shared Room, you’ll be living in the same bedroom with at least one other person. In a Private Room you get a private bedroom and in some cases, a private bathroom as well. Any additional living space will be shared with inhabitants of other rooms. If you go for the Entire Place, you’ll get a fully self-contained property (a studio) where you won’t have to share anything: you’ll have your own bedroom, bathroom and cooking facilities.

Typically the properties are fully furnished, so you won’t need to bring or buy your own furniture or appliances.