The Student Chinese Zodiac – Which Student Animal Are You?

To celebrate Chinese New Year and the arrival of the Year of the Monkey, we’ve created the student version of the Chinese Zodiac. Can you match the students in your accommodation and at your university with the animals below?! 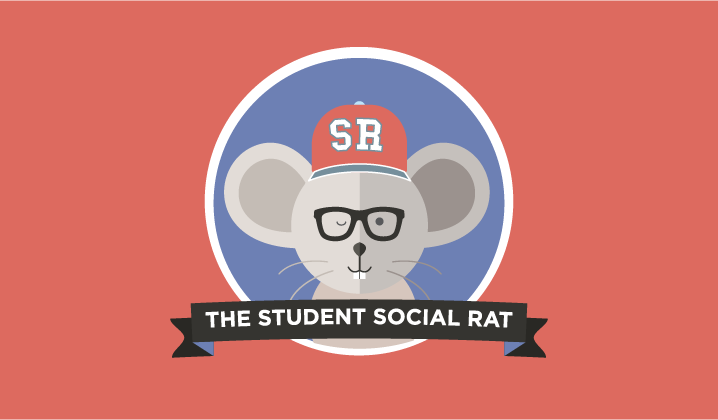 The Student Social Rat can often be seen scurrying around campus. They’ve always got something going on. They’re a member of many university clubs and societies, and know a wide range of social groups. When you introduce them to someone, they already know them from a (extra-curricular) project they did together. With their small businesses on the side, freelance work and the social events they manage, you’d think their university work would suffer, but no. Even with little preparation the clever rat gets top marks on that assessed presentation!

A good friend because: They can introduce you to all kinds of contacts

Be aware: Your secrets may not be safe with the chatty rat! 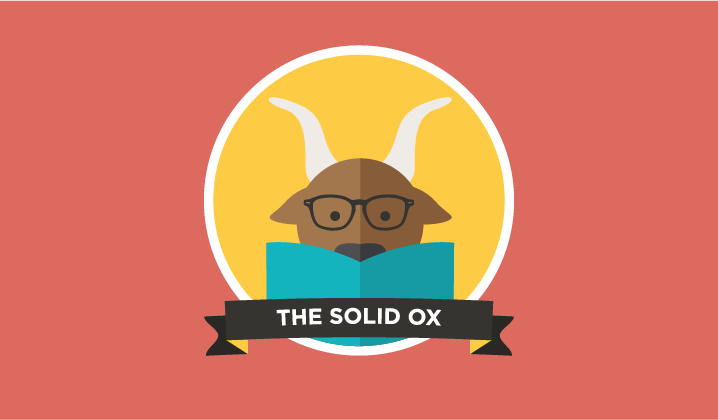 The Solid Ox is the hardest working of all students. They are rarely seen outside of the library – some people think that they sleep there. If you’re short sighted, make friends with the Ox, they’ll be able to save you a seat on the front row of every lecture. And don’t worry about drifting off or missing anything – they’ll have all the notes, plus, they’ll patiently help you out with anything you don’t quite understand. So solid. Solid as an Ox.

A good friend because: University work, bills, holiday plans or events – they’ll put the time in where others won’t 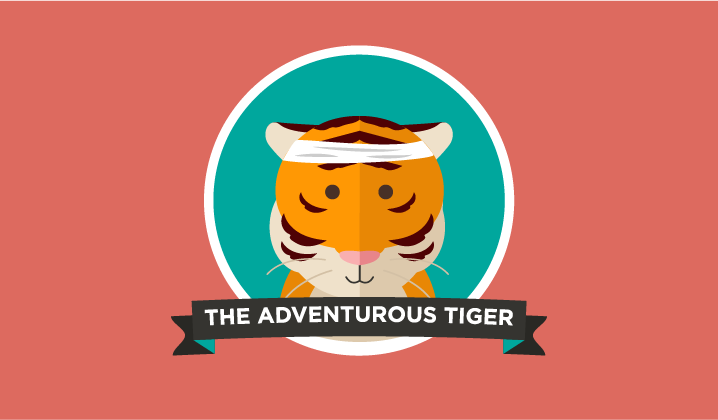 You know when you’re sat in a lecture or a seminar and there’s the same question on everyone’s mind, but it feels too awkward to ask it? The Adventurous Tiger is the one who just comes out with it. If you get them in your group project you’re lucky, because they’ll lead the way and get the best out of everyone. They’re even better to have as travel companions and in new social situations, because they’ll dive in and find out what they need to, making lots of new friends on the way. Seminars are never quiet with The Adventurous Tiger involved, although it would be quite nice to have a rest from their chatter – which can sometimes be a little ‘me’ based…

A good friend because: They’ll lead you bravely into exciting situations and opportunities

Be aware: All of a sudden they may disappear or change their plans.

The Romantic Rabbit is a bit of a dreamer. They are always falling in love. Mostly across the dining hall each lunch time. You might first meet them on an introductory tour of campus, where they’ll show you the prettiest spots for relaxing when it’s sunny. If you can’t find them they’ll be in the quietest corner of the library reading poems or classic literature. But that doesn’t mean they avoid working. They’re likely to have finished their essays before the rest of the class has got started. They’ll never make a suggestion for what to do or where to go on a night out – but if the night is a dinner party at their place, you can be sure it will be wonderful.

A good friend because: Their graceful way of living, helps you feel calm and appreciate the lovely things in life

Be aware: Follow them too much and you’ll miss out on opportunities, the road trip or night out you’ve chatted about may never happen…

The ‘Big Name On Campus’ Dragon 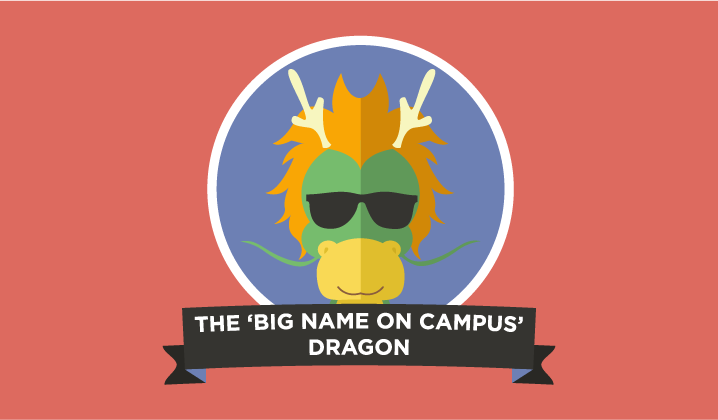 The ‘Big Name On Campus’ Dragon, or BNOC Dragon is a bit of celebrity at university. People who’ve never met the BNOC Dragon know who they are. But when you’re the captain of a sports team, head of the business society and have a key role in the university fashion show it’s natural that your reputation will grow across the university. Having a gym honed body and thousands of followers on social media helps spread the word too. The only issue is, it’s tough for them to get any work done in the library – there are just too many people to greet.

A good friend because: The stardust rubs off, you’ll get extra recognition plus they’re kind and generous

Be aware: It can get too much and feel like you’re appearing in someone else’s show – and they are unlikely to realise it and step back… 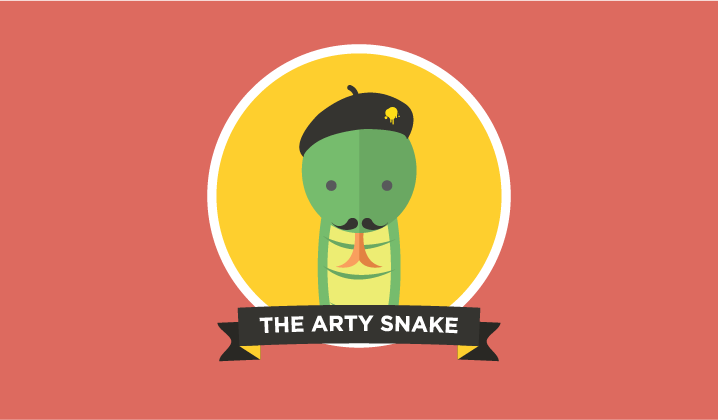 Complex, capable and creative. The Arty Snake is a fascinating individual. They’ll always have their old fashioned camera with them and probably be dressed in a t-shirt they’ve designed themselves (you can buy them online). You go to them for advice on philosophical or romantic issues, they’re worth listening to. If you understand their unique sense of humour, you’ll discover they are extremely funny. Academically they will either have the status of genius – or get very bad marks due to refusing to follow their professor’s advice – ‘they don’t understand what I’m trying to do’ they’ll say.

A good friend because: They’ll keep you laughing and remind you that it’s OK to be different

Be aware: They won’t get on with everyone – which can make some situations very awkward 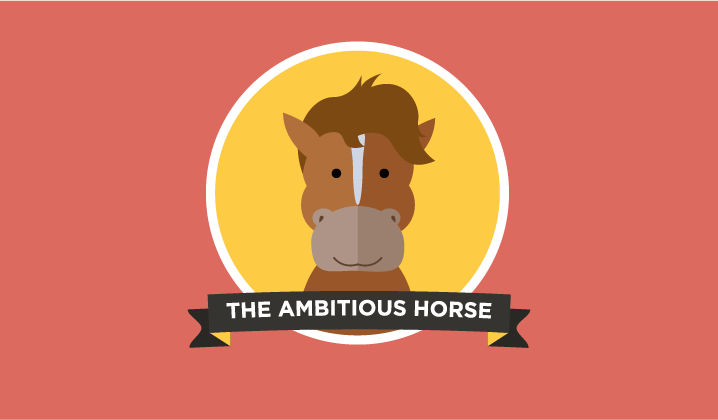 Don’t bother inviting The Ambitious Horse on a trip in the holidays – they’ll have an internship set up. And straight after that a sponsored bare-foot mountain climb – which they’ve somehow managed to get you to sign up for. However, they will take you along to opening nights for art exhibitions and trendy tech scene start-up parties, so it’s not all bad. They can introduce you to that terrifying place, the careers office – they know all the staff there by name. Overall a great contact to have at university and into the working world. This ambitious horse is going places.

A good friend because: A super contact to have at university and into the working world. The Ambitious Horse is going places.

Be aware: They can make you feel worn out and lacking direction with their levels of productivity and focus on the future 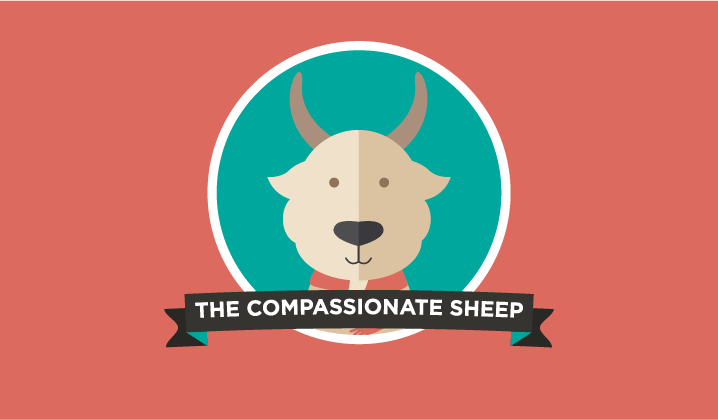 When culture-shock hits, when homesickness strikes, or when the crazy whirlwind of university life gets a bit too much, it’s The Compassionate Sheep everybody turns to.

Had an argument with a housemate? Feeling too sick to attend a lecture? Or feeling down about a bad mark? The Compassionate sheep will smooth things over, take notes for you or take you along to their favourite art gallery to help you de-stress.

A good friend because: Everybody needs a shoulder to lean and sometimes cry on. The Compassionate Sheep is that warm wooly shoulder.

Be aware: Don’t expect to make crazy plans with the Compassionate Sheep they won’t like anything too risky. A nice cup of tea and chat is what they’re all about.

The Clever Monkey really does make lectures and seminars more fun. They always have a good joke, they always ask interesting questions, they always have a fresh perspective. You’d think the professors could be unhappy because of the amount of interruption they bring – but they all love The Clever Monkey. They sidetrack the class in such a charming way! You rarely see them taking notes and in their spare time they’re either pulling pranks on their friends, are at their part-time job (which is directly related to the career they want), or are bringing laughter to one of the wide variety of groups they’re often chatting to.

And, despite all this, yep, you’ve guessed it – they still get top marks in their studies. How do they make it look so easy?

A good friend because: Life just becomes more interesting, fun and social when The Clever Monkey is around

Be aware: They can be dismissive of other people’s problems or opinions. And quick to anger if things don’t go their way. 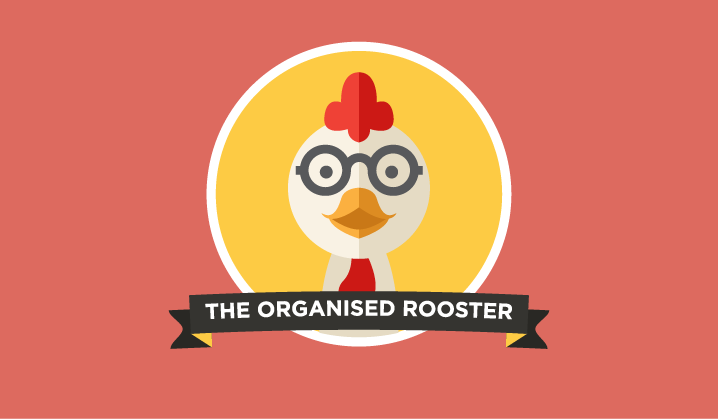 The Organised Rooster is very easy to recognise in a university environment. You’ll notice that their course notes are colour coded and perfectly filed (you’ve been meaning to do that…). If you’ve forgotten when your class is, don’t worry – they’ll know your timetable off by heart. They’ve already been on Student.com and organised their student accommodation for next year. They EVEN know all the rules to the library system and that you’ve got a book which needs to be returned this afternoon if you don’t want a fine…. which is part of the reason they’re the only person that gets a smile from the scary lady who works on the library desk.

A good friend because: They’ll never forget your birthday, or anyone else’s for that matter. They’ll stand up for you and for what they believe is right.

Be aware: They will push you into doing things the way they do it, because that is the best way. You can end up feeling constricted by the order they always have to impose on things. 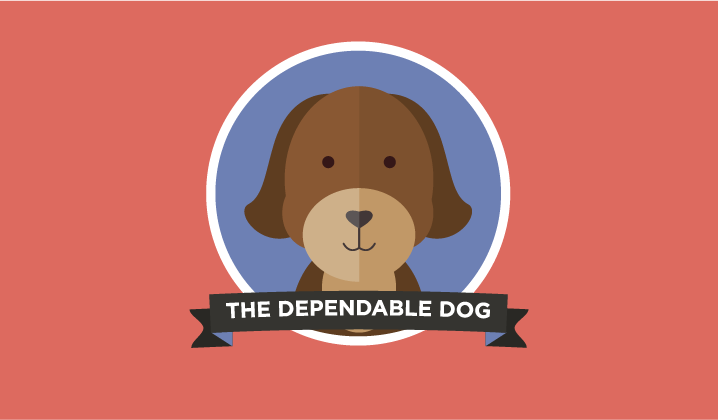 The Dependable Dog is one great friend to have. That assignment which you just can’t get done and everyone else is sick of hearing about? Patient Dependable Dog will help you get it written. Phone about to run out of power? Not a problem, Dependable Dog has a spare portable battery pack you can use. Dependable Dog goes with you to get a late-night burger even though they’re not hungry. Dependable Dog makes sure everyone gets home safe from the night club. And when The Adventurous Tiger and The BNOC Dragon leave the group project unfinished due to other commitments, Dependable Dog will pick up the pieces and make sure it gets done.

A good friend because: It says it all the name – you can depend on them. If you need to pick one person to do something really important for you, it’s Dependable Dog.

Be aware: Dependable Dog won’t change their way of doing things, or back down – even if they’re wrong. And they probably won’t like some of your other friends – and not do much to hide it… 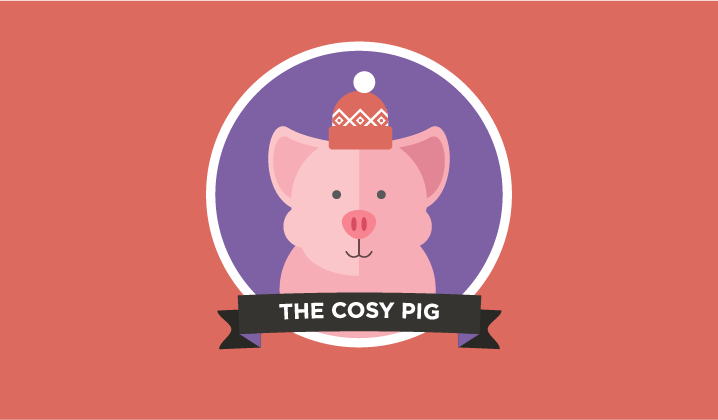 You’ll know where to find The Cosy Pig, they’re in one of three places. Their room, their favourite spot in the communal area or in their usual seat in the most social part of the library. In their comfy room they’ll often have visitors, people who’ve just dropped in to relax and hang out, or it could be packed if there’s a movie night going on – everyone seems to end up there.

At exam times everybody is positioned around The Cosy Pig in the library, sat in their usual spot. The Cosy Pig is such a reassuring figure that they help calm down the anxiety and fears of this period. They help everyone feel warm and able to settle into getting their studying done.

A good friend because: You’ll always know where to find them. Their reassuring presence is a rock amongst the craziness of student life.

Be aware: You can get sucked into their easy and safe routine. You could end up missing out on new experiences, new people and adventure if you follow The Cosy Pig too closely.

Scroll down to find out your Chinese Zodiac Sign