People who study new languages have long been praised for their efforts, but it turns out the benefits go far beyond just being able to speak to locals. And we can prove it!

1. You’ll be better at making decisions 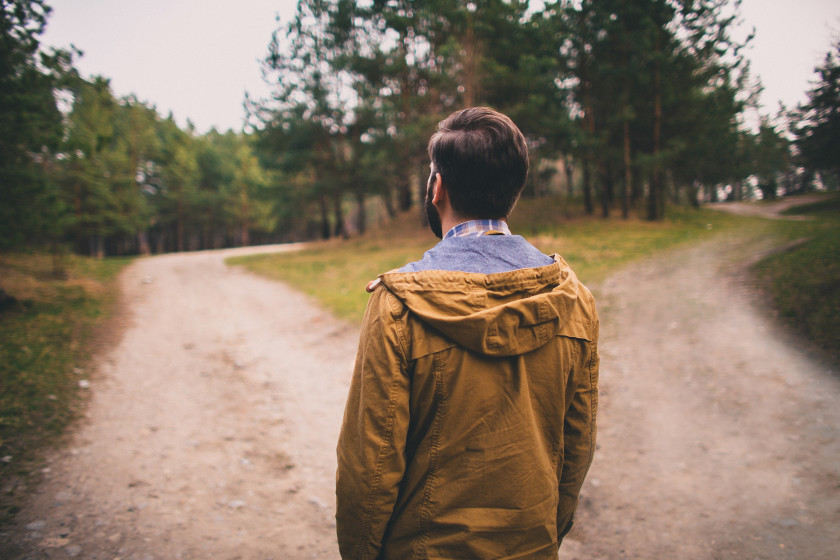 If you struggle to make decisions, learning another language might just be the solution to your problems! According to a new study, people who speak more than one language are better decision-makers, because they are less susceptible to conditioning and framing techniques. Simply put, they can stay level-headed when they’re asked a question. This means that multilinguals aren’t as swayed by the language used in advertisements and political broadcasts, and they can make their decisions without being influenced by emotions.

One theory for why language-speakers are better at this is because there is a larger psychological distance when they’re using another language – they have to think about it a little more and are less likely to act on impulse. So if you’re unsure about what you should write about for your next essay or where to go on a night out, try thinking about it in another language and see if you come to a decision sooner…

2. Your brain will change 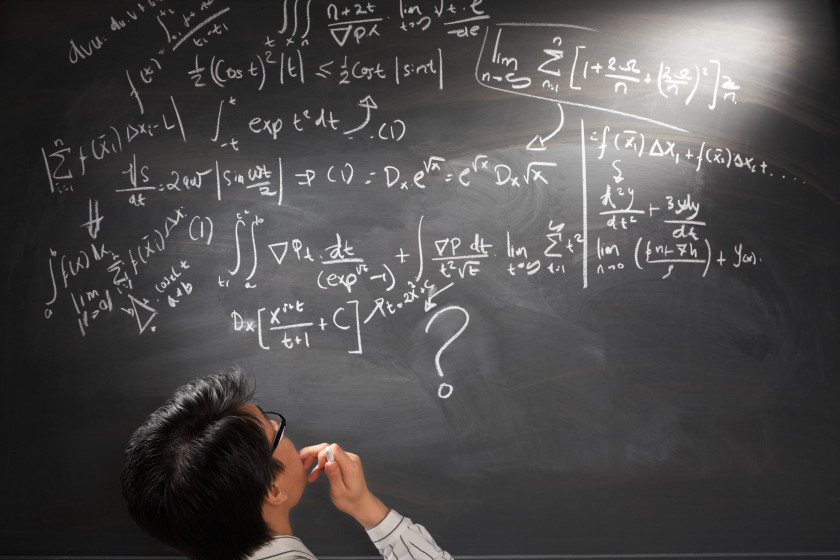 When you study languages, the work you do could even change the structure of your brain! Researchers from Sweden studied two groups of scholars – one which studied languages, and another that didn’t. By using MRI scans, it was found that the brains of the scholars who had studied languages were larger, while the brains of the other group were regular-sized. The growth was mostly based in the parts of the brain related to language skills.

Other studies have found that people who speak more than one language have a higher concentration of grey matter in their brains, which is believed to be linked to greater intelligence. They also discovered that the areas of the brain associated with managing memories, planning, reasoning and solving problems were bigger. All of these are vital skills when studying at university, so learning a second language could give you a big advantage! 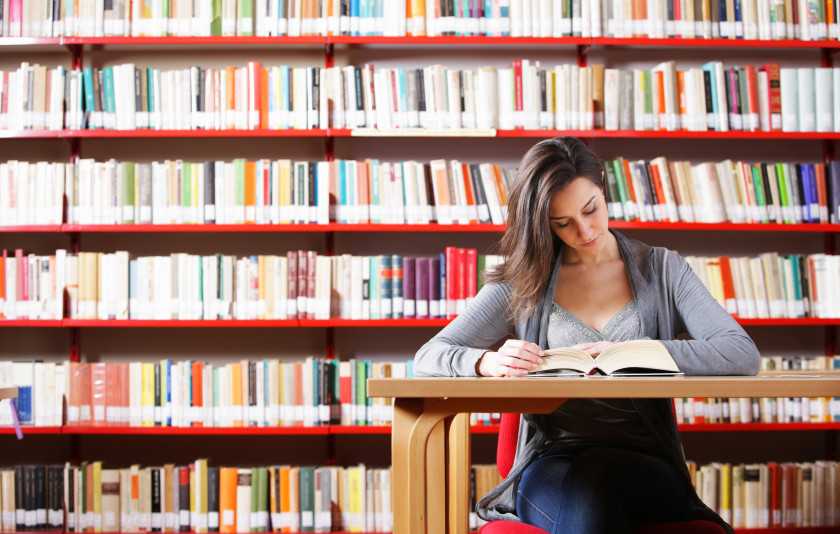 Learning a new language, or even being surrounded by lots of languages, can have a big impact on your studies. It’s been found that babies brought up in multilingual environments develop stronger memories than ones brought up in single-language homes. Multiple language speakers have also been shown to be better at remembering lists or sequences. So if you learn a new language you’re more likely to have a better memory, and you’ll find studying easier because you’ll spend less time relearning old notes!

Your exam results are also likely to be better. A study showed that bilingual children scored higher in cognitive performance tests than their monolingual friends, and students who study foreign languages also score better on standardised exams. Language-speakers are significantly better in areas like maths and vocabulary, and this makes perfect sense – learning a language involves thinking in a logical and structured way, so multilinguals get more practice at it. 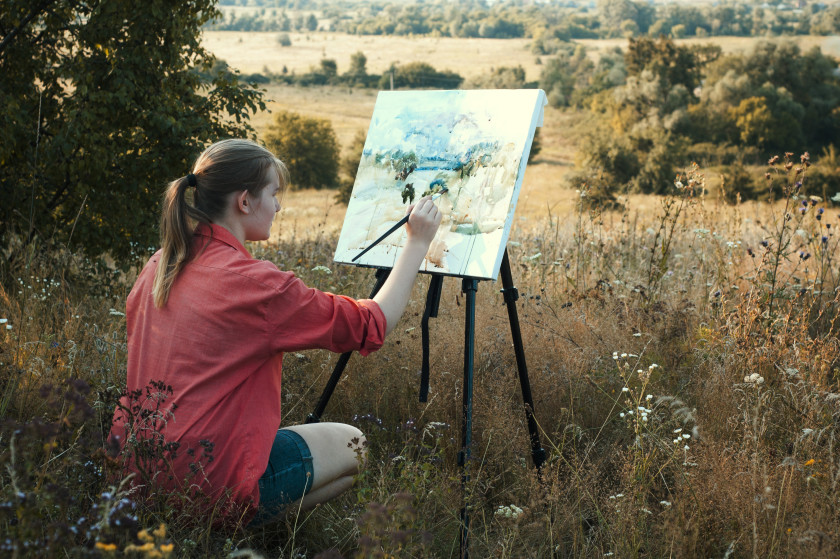 Researchers have also found that you’re likely to be a more creative person if you learn another language. It’s common to forget certain words when you’re swapping between languages, which forces you to choose others with the same meaning to fill the gap. It’s thought that having to reach out for alternative words makes you more skilful at thinking outside of the box, and better at finding lots of solutions to the same problems. Score!

You’ll also start to see the world differently if you’re able to speak more than one language. In a study of Japanese and English speakers, it was found that people who predominantly used English weren’t as good at distinguishing different shades of the colour blue. The Japanese language has additional terms for light blue (mizuiro) and dark blue (ao) that aren’t found in English, and it was thought that the additional categories helped Japanese speakers distinguish between different shades. “As well as learning vocabulary and grammar you’re also unconsciously learning a whole new way of seeing the world,” researcher Dr Athanasopoulos said.

5. Your brain will be healthier 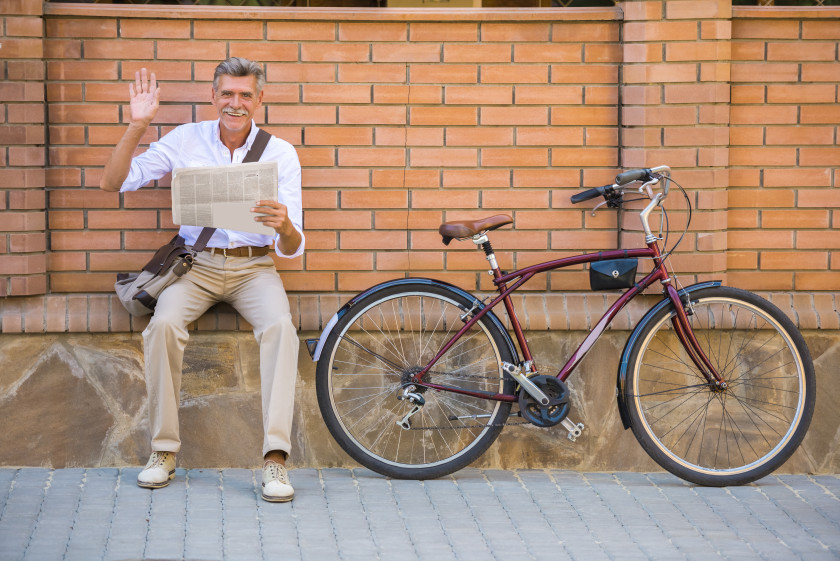 More recent research supports these findings, as Dr. Thomas Bak at the University of Edinburgh found that people who learn a second language, even in adulthood, get dementia and Alzheimer’s around four-and-a-half years later than monolinguals. Bak attributed this to bilinguals’ ability to focus on the details of language, which brings us to our next point… 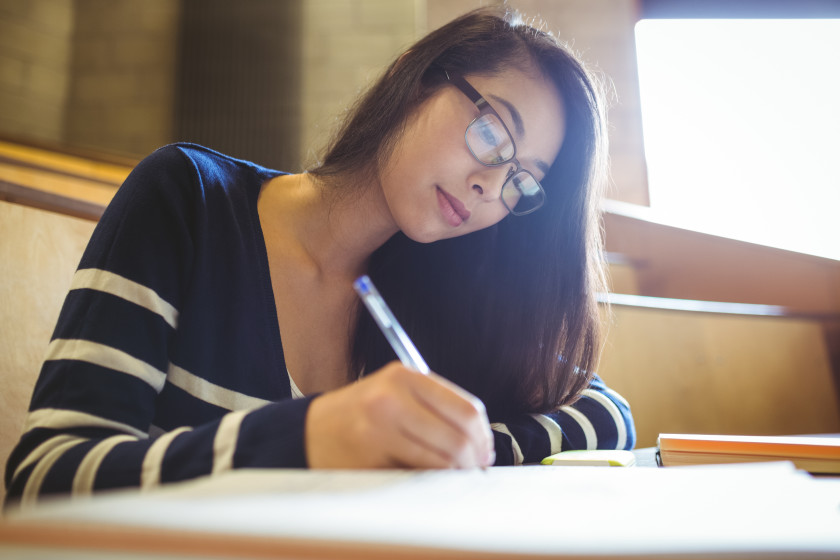 As a multilingual, you’ll be better at controlling your attention and tuning out distractions – or so recent research suggests. A study by Northwestern University discovered that speaking more than one language was good for the brain, as it trains it to process information more efficiently. “It’s like a stop light,” researcher Viorica Marian explained. “Bilinguals are always giving the green light to one language and the red to another. When you have to do that all the time, you get really good at inhibiting the words you don’t need.” This means that as a multilingual you’re better at focusing in on the information you need because your brain is used to controlling language and blocking out the irrelevant words.

You’ll also reap other benefits if you’re able to speak another language. A study by the Spanish Universitat Pompeu Fabra discovered that multilingual people are better at observing what’s around them and identifying mistakes. These benefits appear regardless of age, as even young children have been found to have better focus if they’ve grown up in a bilingual household. So you’ll probably be a better proofreader if you speak multiple languages, which will have a positive impact on your assignments for class.

7. You’ll be better at multitasking 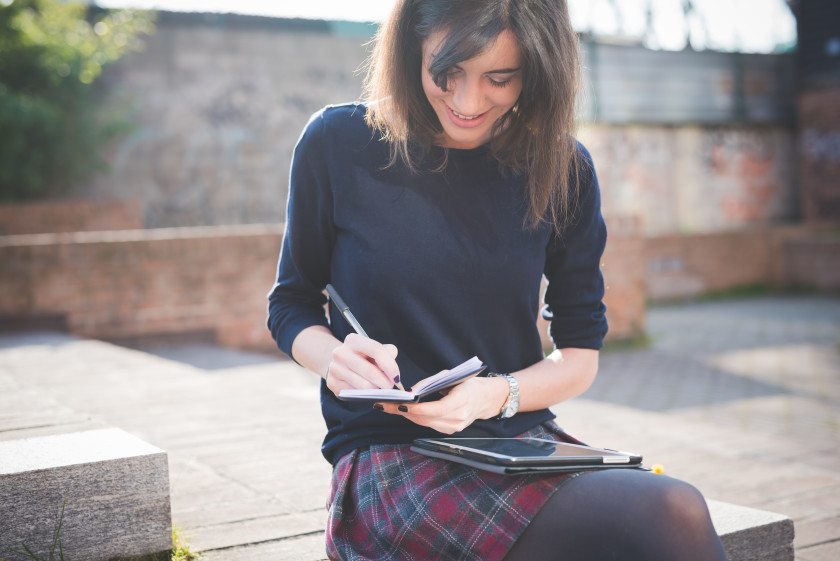 As well as keeping distractions at bay, all that extra focus as a bilingual will make you better at multitasking. This is a vital skill at both university and in the workplace, and it’s been proven that bilingual people are better at switching from one task to another efficiently, and better at adapting to unexpected circumstances than their monolingual peers.

This can lead to a whole host of benefits in everyday life. In one study, conducted at Pennsylvania State University, participants had to use a driving simulator while carrying out additional distracting tasks, like talking on a mobile phone. It was found that the multilinguals made fewer errors while driving (though we definitely don’t recommend trying to recreate this experiment yourself). 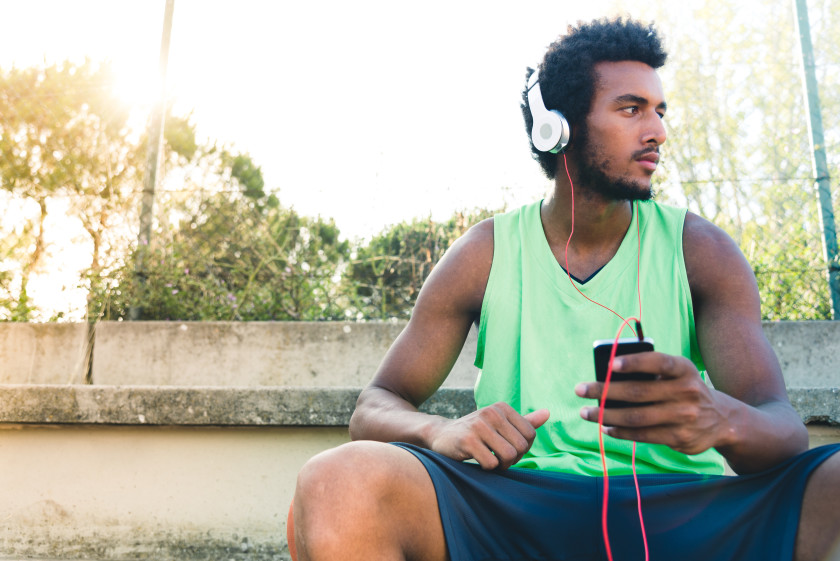 When you’re sitting in class, you’ll automatically have an advantage over your peers if you can speak more than one language – you’ll be better at listening! Recent studies have shown that bilinguals are better at distinguishing between different types of sounds in two or more languages, which will come in handy when your professors are debating in your next lecture.

This has been shown regardless of how old you are, because even infants who’ve grown up in bilingual households are able to tell the difference between languages they’ve never heard of. In short, you’ll develop a kind of language sixth sense – it’s a bit like a superpower. 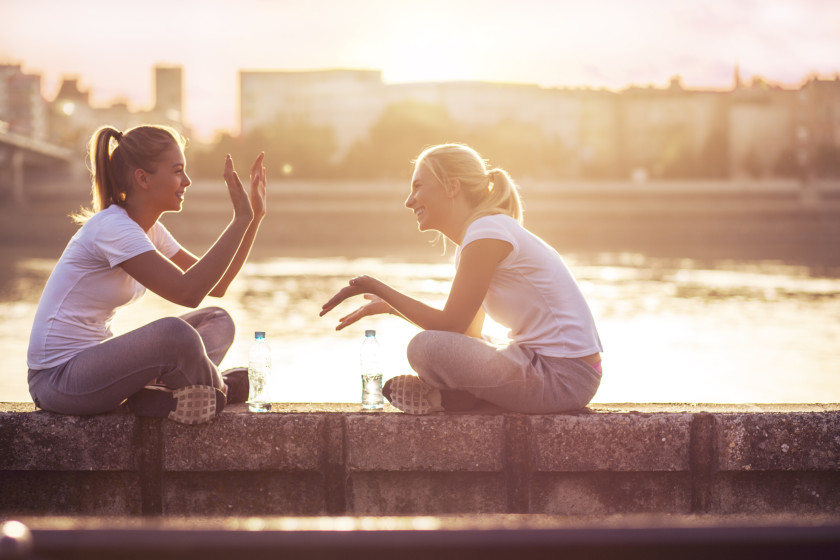 Weirdly enough, if you learn a second language, you’ll also improve your native one. When you first learn to speak as a child, you typically pick up different words and expressions as you listen to people talking around you. But you may not fully appreciate the underlying structure of what you’re saying.

When you learn another language in a classroom setting, you’re more likely to focus on the structures underneath, and will then start to apply the same principles to your first one and really appreciate its roots. According to recent research, studying a second language will drastically improve your first language because you’ll become more aware of the way it’s built up and manipulated. This will turn you into a better writer, which is great news for your next university essay! 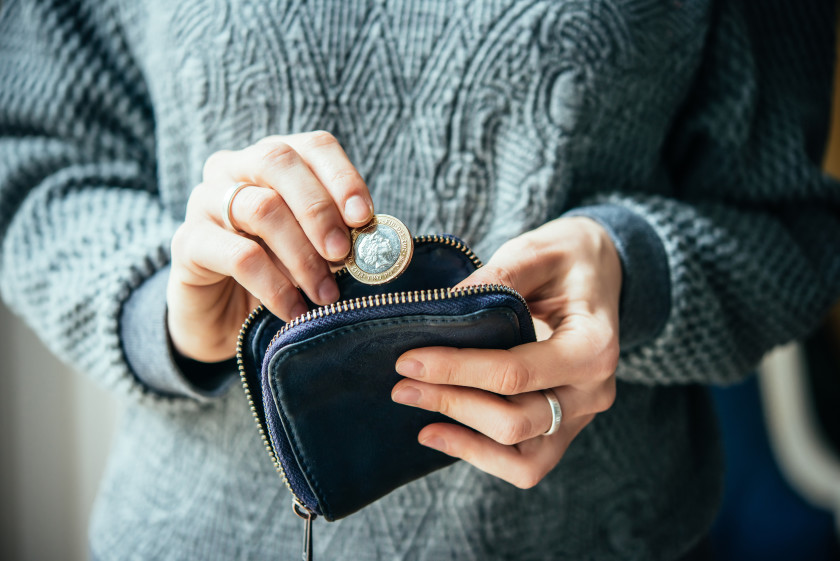 Besides the obvious benefit of making you stand out from your peers in the job market, speaking more than one language can also give you higher earnings overall. MIT economist Albert Saiz once calculated that learning different languages will give you varying amounts of extra cash at work. The Economist investigated this, and for American graduates starting with the average starting salary of $45,000, they estimated that it works out to an extra $51,000 for Spanish speakers, $77,000 for French speakers and $128,000 for German speakers across their lifetimes!

Learning a new language will also help you make wiser financial decisions, as studies have shown that those who speak multiple languages are more self-aware spenders, viewing ‘hypothetical’ and ‘real’ money more similarly than people who speak just one. Researchers believed this was because the participants had less of an emotional reaction to things they heard in their second language, so they were less likely to act on impulse (and more likely to hold on to their cash!).

Tags: general-guide
Previous Post: How To Open A Student Bank Account In New Zealand
Next Post: Booking Student Housing In The US: Everything You Need To Know