We use cookies to improve your experience. By continuing, you agree to our use of cookies. See our Cookie Policy .
Universitat de Barcelona
Try to select your university?
Move inMove out
Student Accommodation BuildingShared living in a managed building with onsite teams and shared facilitiesStudent HousingPrivate or shared living in a house, apartment, hotel or homestay
Shared RoomEnjoy the communal feeling of a shared room, which sleeps two or more in separate beds.Private RoomNo need to share in a private room, your sleep/study space is your own.Entire PlaceRelax in the privacy of a fully self-contained property.
No Visa No PayYour booking can be cancelled for free if the Visa application has been deniedNo Place No PayA booking can be cancelled for free if you have failed to obtain the required qualifications to get into your university of choiceCOVID-19 Cancellation PolicyA booking can be cancelled because of the ongoing COVID-19 situation
Book NowBook Now means you can book the property by paying a deposit
Special offerTurn on special offer to view properties with promotions only
217Properties
Recommended 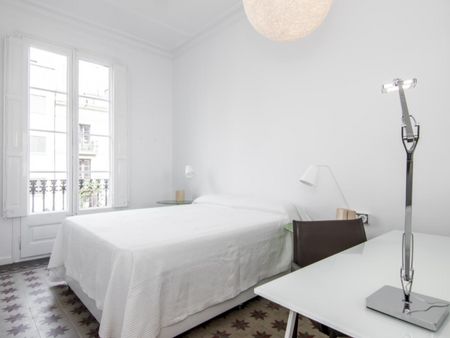 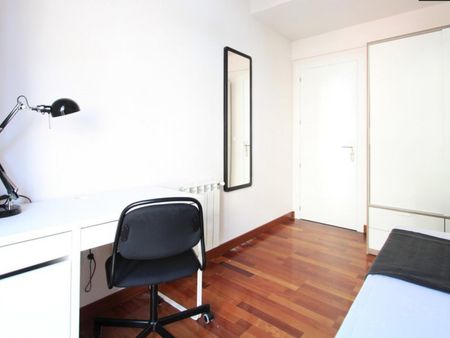 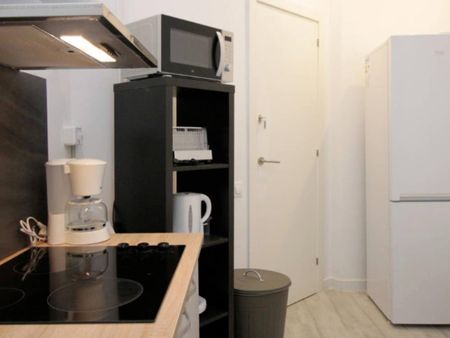 This city on the coast of northeastern Spain is made up of several neighbourhoods or ‘barrios’. Student.com has listings all over the city, including in the city centre near Las Ramblas and Eixample.

Use our intuitive features to filter by neighbourhoods and find the zone that you want to live in within the city. The student residences we list, from fully private student apartments to shared student rooms, all come with modern amenities and are from trusted landlords.

If you need further information, don’t hesitate to give us a call, our booking consultants are waiting to help you.

Get to know Barcelona

The capital and largest city of the autonomous community of Catalonia is one of the best cities in the world at attracting international students. It consistently ranks as the top Spanish city in the QS Best Student Cities yearly rankings and it’s not hard to see why.

With its sunny climate, beaches, a cosmopolitan city centre with a legendary party scene, great food and a rich artistic and cultural legacy, the city offers one of Europe’s most appealing environments in which to live and study.

Influenced by multiple cultures, traditions and now, modernisation, it’s also a melting pot of cultures. With many different types of people from all over the world to meet, you won’t be feeling like an outsider in your classes. And with so many things going on every day and so much to see, you also won’t be bored.

Barcelona’s distinctive culture brings tourists and visitors to the city from across the globe. Many of them get fascinated by the city’s iconic architecture. The stunning Sagrada Familia cathedral, the fairy tale-like Park Güell, and the imposing MACBA (Museum of Modern Art) are a few of the main cultural attractions.

However, you’ll also experience Catalan culture throughout the city, not just in museums and galleries. Wherever you go in Barcelona, there's always something interesting that will grab your attention.

You’ll find yourself being transported back in time while admiring Gaudi’s most famous work (Sagrada Familia) in the Gothic district. The irresistible combination of old-town architecture with a ‘new town’ feel in the El Born area is popular amongst tourists.

The lively, multicultural Arabic district in the El Raval area is vibrant, historic and full of personality offering a huge selection of tempting cafes, restaurants, and bars plus a wide variety of fashionable art studios and galleries.

Like most other Spanish cities food is a big part of Barcelona’s culture. You can enjoy an assortment of different dishes such as fideuà, allioli, and crema catalana, to name a few, in markets, small eateries, and larger restaurants across the city.

Students from the northern parts of the world will be happy to know that they can leave their umbrellas, weather apps, and cold weather clothing behind.

The weather in Barcelona is pretty consistent throughout the year with sunshine from March to October, very hot summers, and sparse rainfall.

Although Barcelona is a big city, the majority of it is flat, so it’s quite easy to get around. If you’re living in the central neighbourhoods, you can expect to get anywhere in the city centre on foot in under 20 minutes.

If you need to travel further, or just don’t feel like walking, Barcelona is home to one of the world’s most used bicycle sharing schemes – Bicing. The city’s bike-sharing programme is super affordable at just under €50 for a whole year and there are 420 docking stations located across the city.

The reliable and affordable public transportation system can take you to the parts of town that are further away.

It’s no secret that many young people are especially attracted to studying in Barcelona. The second most populous municipality of Spain is home to over 188,000 students that attend its multiple universities.

One of the main reasons is the super ‘tranquilo’ (calm - free from anxiety or worry) Barcelonan way of life, which is easy to fall into.

Barcelona offers students plenty of opportunities to let their hair down and ease the pressures and stresses of school, even during the city’s coldest months. Due to the city’s great weather, you’ll often find great outdoor activities to explore.

You might find yourself spending way too much time on the beach with Barcelona having nearly five kilometres of golden beaches, most of which are within easy reach of the city centre.

With the beautiful coastline to discover both north and south of the city, as well as mountains all around, one of the best and cheapest fun things to do is to hightail it out of the city and enjoy what the little Catalan towns have to offer.

An exciting way to immerse in the local culture is attending traditional Catalan festivals. There are several great music festivals held during the summer like Sonar and Primavera Sound, as well as historical festivals like Diada de Sant Jordi, and La Mercè, the city’s main annual festival.

Speaking of night, Barcelona is renowned across Europe for its dynamic nightlife. From restaurants to bars and nightclubs, there’s plenty to meet all kinds of tastes.

In Barcelona, you’ll never be far away from the next fiesta (party). And there’s always someone ready to join you for a fun night out. Some of the best areas are Port Olimpic, the Gothic Quarter and El Raval.

As for nightclubs, popular ones such as Razzmatazz, Bling Bling and Pacha attract a large number of tourists from all over the world but basic entry usually comes with hefty prices.

There’ll be a lot of other opportunities for you to revel with peers in Barcelona through many themed nights out that take place at all student clubs in the city throughout the year.

Some great clubs for students include Otto Zutz in Gràcia, Opium and Jamboree in La Rambla, Pacha in La Vila Olimpica and Sala Apolo is Poble Sec.

Cost of living in Barcelona

The cost of living in Barcelona is not necessarily cheap but average living costs are a little lower than other popular cosmopolitan European cities like Paris, Milan or London. Plus there are loads of ways for students to save money.

With a T-Jove card, Students can get unlimited bus, tram, and metro travel for three months for just €105. Your university ID card will also get you discounts off of many shops and restaurants. The ISIC card, which you can get for 10 euros will also get you some great discounts.

As for food, there are many places with reduced prices that cater to students and some great inexpensive restaurants such as 100 Montaditos (everything on the menu for €1 on Wednesdays and Sundays), Nostrum (pre-cooked dishes for €1, €2 or €3) and Wok Buffet Libre (all you can eat for €10 - €15). Some local restaurants offer three-course set meals for €10 and even half set meals for €6.

Being home to some of the top-ranking universities in Spain and Europe makes Barcelona a great place to study. From centuries-old universities to modern campuses specialising in the latest technologies, there are over 10 universities to choose from.

The University of Barcelona and Universitat Autónoma de Barcelona are two of Spain’s most prestigious universities. Both are ranked in the global top 250 of the 2021 QS World University Rankings.

These two along with several other internationally esteemed institutions place Barcelona as Spain’s highest-ranked city in the Best Student Cities ranking.

How do I apply for a student residence in Barcelona?

After selecting your preferred student residence, click “Book Now” or “Enquire” if you want to get more information about the property. After leaving your contact details one of our booking consultants will contact you and take you through the next steps, as well as answer all of your questions.

What do the three different types of student accommodation in Barcelona mean?

Shared Rooms - more than one person share the same bedroom. Other living facilities are shared with other inhabitants of other rooms.

Private Rooms – the occupant will have a bedroom to themselves but will have to share additional living spaces with inhabitants of other rooms. Bathrooms can be private or shared.

Entire Place – this contains a private bedroom, bathroom and kitchenette. A fully self-contained studio flat with no need to share with flatmates.

Can you arrange viewings for me before I book?

Yes. Get in touch with us and our booking consultants will be happy to arrange one for you.

Do I need to pay a deposit to secure a student apartment?

Yes, most landlords will require a deposit to secure the booking. Your booking consultant will provide more information about this.