We use cookies to improve your experience. By continuing, you agree to our use of cookies. See our Cookie Policy .
Imperial College London
Try to select your university?
Move inMove out
Student Accommodation BuildingShared living in a managed building with onsite teams and shared facilitiesStudent HousingPrivate or shared living in a house, apartment, hotel or homestay
Shared RoomEnjoy the communal feeling of a shared room, which sleeps two or more in separate beds.Private RoomNo need to share in a private room, your sleep/study space is your own.Entire PlaceRelax in the privacy of a fully self-contained property.
No Visa No PayYour booking can be cancelled for free if the Visa application has been deniedNo Place No PayA booking can be cancelled for free if you have failed to obtain the required qualifications to get into your university of choiceCOVID-19 Cancellation PolicyA booking can be cancelled because of the ongoing COVID-19 situation
Book NowBook Now means you can book the property by paying a deposit
Special offerTurn on special offer to view properties with promotions only
255Properties
Recommended 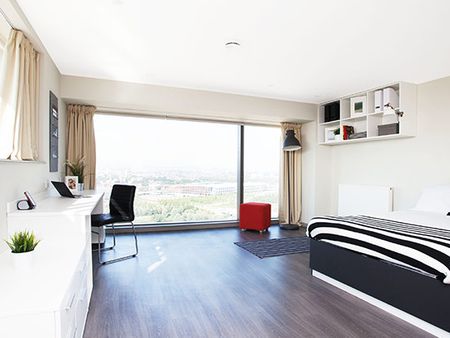 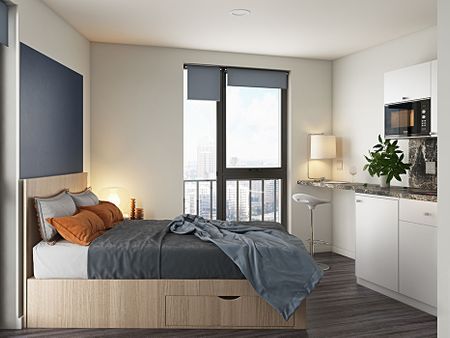 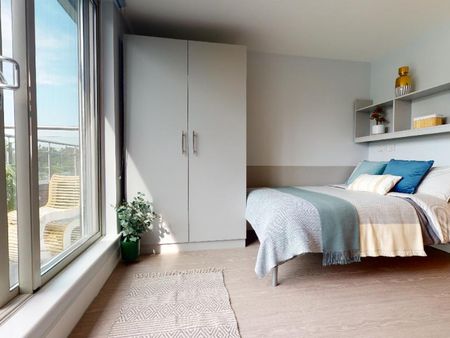 New Bookers Cashback Offer £350.00
New Bookers Cashback Offer £350.00
iQ Hoxton
(11)
Get a full refund and cancel for free if you don't get your place at University or your visa to study abroad
Book Now means you can book the property by paying a deposit
From £304 /week
No Visa No PayNo Place No PayFlexible StartBills included
Make your home a fashionable studio or apartment with a rooftop terrace and gym - and join the exciting party scene of Hoxton
Furnished
Card or Coin-Operated Laundry
Gym
Cinema
Bike Storage
Reception
+4
Map
Bills included: Wi-Fi, Water, Electricity, Heating, Gas
Bills included: Wi-Fi，Water，Electricity，Heating，Gas，Cleaning Service，Contents Insurance
110 min
52 min
38 min Our Imperial College London accommodation will not only place you close to ICL but also right in the thick of things. Our student housing options in South Kensington are close to many of London’s pubs, bars, eateries, fabulous shops and antique markets.

We offer different types of reasonably priced student rooms from private rooms to shared dorms that will help you to lower your living costs. We also offer summer accommodation to both postgraduate and graduate students.

If you have any questions, you can always give us a call or talk to us via live chat. Our booking consultants are always happy to help!

Where is Imperial College London located?

One of London’s wealthiest areas, Kensington is home to some of London’s key educational and cultural landmarks, making it a popular tourist destination. The area is at the heart of ‘Albertopolis’, the realisation of Prince Albert and Sir Henry Cole’s 19th-century vision for an area where science and the arts converge.

The area is comprised of several world-leading cultural treasures including famous museums such as the Science Museum, the Natural History Museum, and the Victoria and Albert Museum, the Royal Colleges of Art and Music, the English National Ballet, the Royal Albert Hall, Hyde Park, Kensington Gardens and a huge range of fabulous shops.

As a result, Imperial College London’s South Kensington Campus is prime sightseeing land. ICL is a short walk away from some of London’s great sites, so you will be able to visit these attractions at your leisure and enjoy discounted access with your Imperial student card.

Imperial’s ‘South Ken’ location offers the best of both worlds – a vibrant campus community that places you at the heart of one of the world’s most exciting cities.

Its central London location is also potentially a huge advantage to your career, as it places you at the centre of a truly international community that is loaded with some of the world’s biggest businesses. Over 100 of Europe’s 500 largest companies are headquartered in London, which puts a global job market right on your doorstep.

Imperial College London (ICL) is one of the leading public universities in the United Kingdom and consistently ranked among the best in the world.

It was ranked 8th in the 2021 QS World University Rankings, making it the ninth time in ten years (since 2012) that it was ranked inside the esteemed annual publication’s top 10.

ICL is a one-of-a-kind institution in the UK, being the only university in the region that focuses exclusively on science, engineering, medicine and business.

It is best known for the cutting-edge and globally influential nature of its research that effectively addresses global challenges. ICL offers a research-led education across its three campuses and six teaching hospitals to around 19,000 students, the majority of which are from countries outside of the UK.

Imperial College London is one of the most international universities in the world, with around 60 percent of its student body being non-UK citizens from over 130 countries.

Getting involved at Imperial College

Studying at ICL doesn’t have to be all work and no play. The college has a lot to make your time there much more than just studying.

With 340 student-run clubs, societies and projects, it has one of the largest varieties of student-led activities at a university in the UK. So, you’re guaranteed to find a group that caters to your interests.

Clubs are mostly student-led groups that undertake a range of sporting activities on campus as well as competing in London-wide and national league competitions.

Societies make up the majority of ICL’s student groups. They vary from faculty and departmental societies to arts or cultural groups.

Projects are coordinated initiatives that aim to undertake voluntary community and outreach work or raise money for charitable causes. These can be in local communities or international development projects abroad.

So, whether you’re into sports, music, volunteering opportunities or socializing, you’ll have plenty of opportunities to get involved in the student community.

Due to the vast number of travel links available that connect Imperial College with the rest of the city, travelling to and from campus is simple and easy.

All of ICL’s campuses in central London are well served by transport links whether it’s by the London Underground (‘Tube’), bus or trains.

An Oyster card makes travelling around London much easier. The smart card can be used on the Tube, the iconic red buses of London, tram, DLR, London Overground, TfL Rail, Emirates Air Line, River Bus services and most National Rail services in London. Students with an 18+ Student Oyster photocard can get a 30 percent discount on the price of adult rates.

Fast and safe, the most popular method of transport for students, locals and tourists alike, is the ‘Tube’. The College is conveniently located near South Kensington tube station.

Imperial College London can be traced back to the founding of the Royal College of Chemistry in 1845 in London.

It was granted its charter in 1907, merging the Royal College of Science and the Royal School of Mines. The charter also made provisions for ICL to become a college of the University of London, which it officially joined in 1908. The City & Guilds College joined ICL in 1910.

The 1980s and 1990s saw a string of mergers for the college starting in 1988 with St Mary’s Hospital Medical School under the Imperial College Act 1988. This made St Mary’s a constituent college and amendments to the royal charter brought about a change of name to the Imperial College of Science, Technology and Medicine.

This was followed by mergers with the National Heart and Lung Institute (in 1995) and the Charing Cross and Westminster Medical School, Royal Postgraduate Medical School, and the Institute of Obstetrics and Gynaecology (in 1997).

In 2003, the institution was granted degree-awarding status in its own right by the Privy Council. A year later, the UK Energy Research Centre was established. Also, the Imperial College Business School and a new main entrance on Exhibition Road were opened by Queen Elizabeth II that same year.

In July 2007, Imperial College London left the University of London and became a fully independent institution.

Why should I live in private student accommodation instead of student dorms?

Living in private, off-campus accommodation has many benefits. You can choose to live in any part of London you like, whether you want to live near the ICL campus, in the city centre or in a particular area of the city you like. You can also choose between shared and private rooms, depending on what you like and what is the right budget for you.

Many modern purpose-built student accommodations (PBSAs) also offer great amenities to their inhabitants. If you want to make new friends, that’s going to be easy in the PBSAs that offer things like their own games rooms, lounges and in-house gyms.

How do I apply for a student room near Imperial College London?

After you’ve found a property you like, click on ‘View rooms’ to go to that property’s page. There you’ll need to choose the right room type for you.

After you’ve chosen a type of room that you like, click ‘Book Now’ or ‘Enquire.’ You’ll then be asked to leave your contact details and one of our booking consultants will contact you to take you through the next steps and answer any questions you may have.

You’ll then be sent a contract to sign, and after that your new student home is all booked.

Shared Rooms give you a shared bedroom with at least one roommate. Additional facilities are shared with other tenants from other rooms.

Private Rooms offer a private bedroom and, in some cases, depending on the property, a private bathroom. The kitchen and other facilities will be shared.

Entire Place is a self-contained studio apartment that provides a private bedroom, bathroom and a kitchenette where you can cook your own meals. No need to share anything!

The inclusion of bills in the rent will depend on the property you are interested in, as different landlords can have different rules.

In most of the properties we list in London, all bills are included in the rent, but make sure to check on the property page if this is the case in the property you’d like to live in.

Do you offer postgraduate accommodation on Student.com?

Yes! You can book all of the properties we list also as a postgraduate student, as long as you are a full-time student.

Can I book summer accommodation on Student.com?

Yes! Many of the properties we list will let you also stay in your apartment during the summer if you want.