We use cookies to improve your experience. By continuing, you agree to our use of cookies. See our Cookie Policy .
University of Cambridge
Try to select your university?
Move inMove out
Student Accommodation BuildingShared living in a managed building with onsite teams and shared facilitiesStudent HousingPrivate or shared living in a house, apartment, hotel or homestay
Shared RoomEnjoy the communal feeling of a shared room, which sleeps two or more in separate beds.Private RoomNo need to share in a private room, your sleep/study space is your own.Entire PlaceRelax in the privacy of a fully self-contained property.
No Visa No PayYour booking can be cancelled for free if the Visa application has been deniedNo Place No PayA booking can be cancelled for free if you have failed to obtain the required qualifications to get into your university of choiceCOVID-19 Cancellation PolicyA booking can be cancelled because of the ongoing COVID-19 situation
Book NowBook Now means you can book the property by paying a deposit
Special offerTurn on special offer to view properties with promotions only
5Properties
Recommended 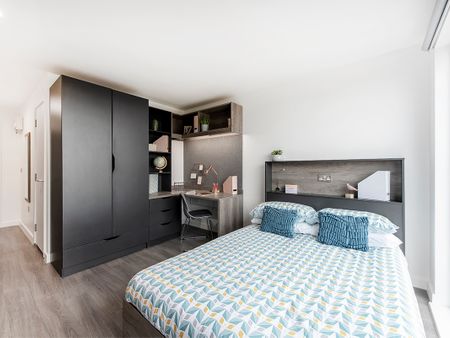 Accommodation in Cambridge is in high demand. 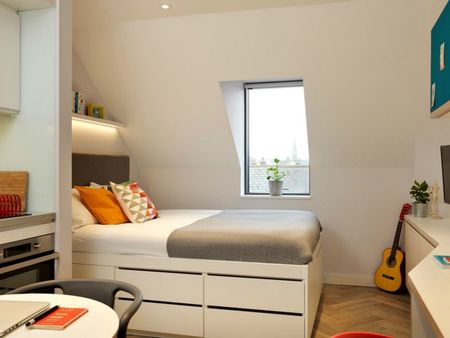 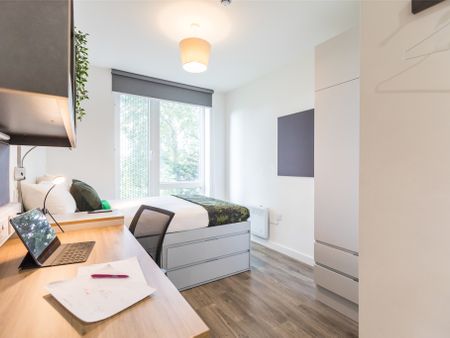 One of the world’s most famous student cities, Cambridge boasts a superb list of attractions, history, and heritage that draws visitors from far and wide.

The private student accommodation we list near the University of Cambridge will make it easier for you to make your home in this ancient but vibrant international city.

We offer accommodation for undergraduates and postgraduates alike and housing to suit all tastes and budgets, from en-suite rooms to fully self-contained studio apartments.

If you have any questions about our student rooms in Cambridge, just give us a call or send us a quick message via Live Chat on the bottom right-hand corner of this page.

Where is Cambridge University located?

Cambridge is the county town of Cambridgeshire, England, located about 50 miles (80km) north of London. It is home to the internationally known University of Cambridge, which has been a part of the town’s history for over 800 years.

This popular and ancient university city has a population of about 125,000, of which nearly one-fifth are students. Described by some as the only true university town in England, the university and college buildings make up almost all the city’s outstanding architecture.

Archaeological evidence of settlement in Roman Britain and during the Bronze Age gives a peek into Cambridge’s historical past. But today, Cambridge is a vibrant city that embraces the new with the old. It combines the warm and welcoming feel of a small town with the buzz and variety of a larger city.

It might be home to more Nobel Prize winners than any other city, but Cambridge is not all about academic prowess though.

However you like to spend your time, Cambridge has a wide variety of entertainment to suit many needs. From museums, theatres, cinemas, and entertainment venues that offer comedy, drama, dance, concerts, and club nights, there’s always something to keep you entertained.

The city boasts one of the most impressive sets of museums in the UK. The University of Cambridge’s nine arts, scientific and cultural museums that are open to the public throughout the year, will take you on a historical journey through a wide range of artworks and sculpture trail walks.

Fitzwilliam Museum houses premium collections spanning centuries and civilisations, while Kettle’s Yard is one of the UK’s finest galleries and a major centre for 20th-century contemporary art.

The city’s choice of galleries, some of which are home to world-class exhibitions and rare historic artifacts, showcases an impressive range of art, from the contemporary to the classic.

Cambridge has a great range of pubs, bars, and cafés, from traditional with open fires perfect for a winter evening to modern bars overlooking the river, ideal for a spot of people watching.

The city also has a mix of clubs offering a variety of music nights with discount offers for students.

There are also lots of discounts and special deals for students at various restaurants and cafés, which offer a great selection for any mood, taste, occasion, and price range.

With plenty of beautiful green spaces such as riverside parks, grassy commons, meadows, and flower-filled gardens surrounding its elegant centre, Cambridge is truly a green city. Whenever you want some peace and quiet in the midst of beautiful greenery, it’s never far away in Cambridge.

Studying at the University of Cambridge

One of the world’s oldest universities and leading academic centres, Cambridge University has a reputation for outstanding academic achievement and an incredible history of excellence.

With an incredible 120 Nobel Prize winners and alumni that include Sir Isaac Newton, Sir Francis Bacon, Charles Darwin, and Stephen Hawking, the University of Cambridge is like a self-governed community of scholars.

Unlike other collegiate universities, Cambridge Uni has no campus. Instead, it has a group of 31 self-governing, largely independent colleges under one banner.

The fourth-oldest university in continuous operation in the world, Cambridge is also regarded as a perennial top 5 university worldwide. It was ranked 3rd and 5th in the 2022 QS and Times Higher Education World University Rankings, respectively.

With more Nobel Prize winners than any other university, it’s no surprise that the University of Cambridge has a strong reputation for academic excellence and traditional scholarly values.

In its 800-year history, the university has educated many eminent individuals in the fields of mathematics, science, politics, law, philosophy, literature, and entertainment.

Cambridge University is comprised of six school, which are:

These schools have spread across the university’s colleges, housing roughly 150 faculties and other institutions.

Considered part of the “Golden Triangle”, the University of Cambridge is one of the leading research universities in the world.

The institution performed excellently in the 2014 Research Excellence Framework, with 87% of its submissions rated as ‘world-leading’ or ‘internationally excellent.’ It received the best results in the UK for clinical medicine, chemistry, aeronautical and electronic engineering, and business and management.

The university has worldwide partnerships with colleagues in Asia, Africa, the Americas, and Europe.

A treasure trove of literature

If you are a bookworm, you won’t be short of literature to consume. The university has over 100 libraries, with a total of over 15 million books. There are eight million holdings alone in the main Cambridge University library, which is a legal depository.

Your time at Cambridge does not have to be just about academic work. When you have time out from your studies, you’ll have plenty of opportunities to get involved in everything that the university and the city have to offer.

Each Cambridge University college has its own students’ union, which all have the aim of supporting and representing the students.

There will be plenty of opportunities to get involved in several extra-curricular activities from the university’s renowned student drama societies, which spawned the likes of the comedy group Monty Python, to music, politics, sports, religion, culture, dance, food, and games.

If you’re a lover of music, there’s an enormous range of musical societies and student bands at Cambridge University. Many colleges run their own open mic nights. You could also go on the road with many bands, choirs, and orchestras who tour nationally and internationally regularly.

Cambridge is renowned for its student-produced drama - from the Cambridge Footlights, classical plays and popular musicals to original productions. There are several excellent performing arts facilities. Several colleges have purpose-built auditoria, including the ADC Theatre.

Cambridge offers a diverse range of competitive and recreational sporting activities to get involved in. Whether you want to play a team sport, an individual sport or just generally stay fit, the university and colleges have over 80 sports clubs and societies, a variety of state-of-the-art facilities and support services for novices and elite athletes alike.

If you are into politics or love an intellectual debate, Cambridge is politically diverse and a great place for students to debate local, national and international issues. The university’s political clubs and societies organise panel discussions on contemporary topics where high-profile speakers are invited.

The earliest record of the University of Cambridge is in 1209 when groups of scholars congregated at the ancient Roman trading post of Cambridge to study. In 1284, the first college at Cambridge (Peterhouse), was founded by the Bishop of Ely. Trinity College was founded by King Henry VIII in 1546.

Isaac Newton established the fundamental principles of modern physics with the publishing of ‘Principia Mathematica’ in 1687.

Fellow of Trinity Thomas Babington Macaulay published the first two volumes of his immensely popular ‘History of England’ in 1849. Two years later, the Natural Sciences Tripos was first examined, opening the door for the introduction of modern studies of the arts and sciences on the syllabus.

The first residential university-level institution of higher learning for women, Girton College, was founded by Emily Davies and others in 1869. However, it wasn’t until 1948 when women were permitted to formal membership at the university and allowed to graduate in the same manner as male students.

The foundations for the whole of modern physics, including electronics and computer technology, were formed when the electron was discovered by J. J. Thomson, Cavendish Professor of Physics in 1897.

In 1953 Francis Crick and James Watson discovered the structure of DNA, opening the door to the exploration of an entirely new science - genetics.

In 1960, the first scanning electron microscope, arguably the most important scientific instrument in the last 50 years, was developed by Sir Charles Oatley, Professor of Electrical Engineering at the university’s Department of Engineering.

How can I book student housing near Cambridge University on Student.com?

You can use our search filters to compare student properties to find your ideal student home. You can also use the map to see where in Cambridge each of the properties we list is located.

Once you’ve found an apartment you like, go to the property page by clicking ‘View rooms’. On the property page you’ll need to choose your preferred room type and the dates when you’ll want to live there. Once you’ve chosen, click ‘Enquire’ or ‘Book now’. One of our booking consultants will then contact you to answer any questions you may have and to take you through the next steps in the booking process.

Why should I choose to live in private student accommodation rather than in Cambridge University dorms?

Living in a private student accommodation rather than university dorms will give you more freedom when choosing your accommodation. You can live in a private en-suite room or you can even go for a studio apartment just for yourself!

What are the different types of student rooms you list?

Private Rooms - you’ll have your own bedroom, and in most cases also a private bathroom as well. Some properties we list in Cambridge also offer the chance to rent a room with a shared bathroom if you want to save a bit of money. In a Private Room other facilities like the kitchen are shared with other students.

Entire Place - you’ll get a fully private, self-contained studio apartment. You’ll have your own bedroom, bathroom and a kitchenette for cooking meals. No need to share anything so this is the perfect choice for anyone who loves their privacy!

Like with bills, most properties we list near Cambridge Uni are rented fully furnished. Check the property page of the apartment you’re interested in to make sure if this is the case though, as some properties are rented unfurnished.

Do you offer postgraduate accommodation as well?

Yes. As long as you are a full-time student, you can book any accommodation we list, whether you’re an undergraduate or a postgraduate student.