Studying In Boston: The Best Decision You’ll Ever Make

Home to the world’s brightest students, Boston is renowned for being one of the best college cities. But what is it actually like to study there? Felicia Gans, student at Boston University, tells all…

There’s something special about the way the sun twinkles on the Prudential Center as it sets on a perfect autumn day in Boston.

Every time I see it, it reminds me why I chose to study in the city affectionately called ‘Beantown’. The Prudential Center, just east of Fenway Park and west of Boston Common, is nestled in the center of downtown Boston, and it represents so much of what the city is like: a bustling hub of business and development, mixed with the creativity and excitement of restaurants, shops and, of course, coffeehouses.

But perhaps even better than the Prudential Center itself are the people inside it. Everybody, regardless of age, gender or profession is drawn to the center of the city, down the street from the site of the Boston Marathon bombing three years ago. Somewhere between that tragedy of Boston’s past and the indescribable beauty of Boston’s present, a sense of community emerged that draws in thousands of students every year. 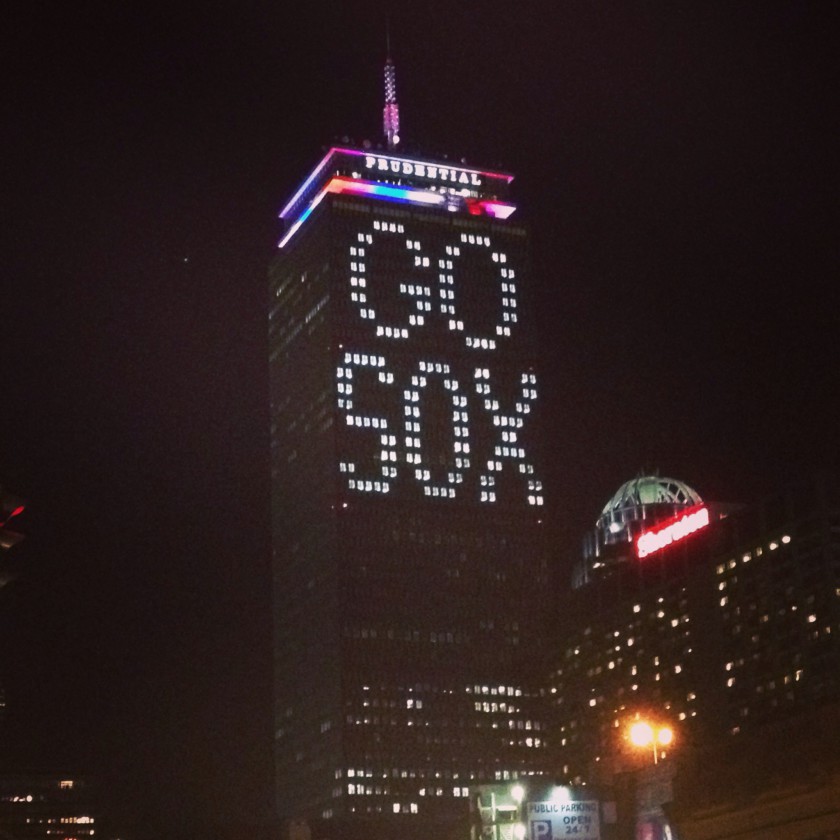 I am one of those very lucky students.

In a number of months, I’ll walk onto Boston University’s campus as a college senior for the first time, and I’ll begin my final year as a student in the greatest city in the country.

Bold statement, I know, but in my opinion it’s completely justified. I love Boston for lots of reasons, but I’ll start with one that everyone can understand: Food. Whether you’re craving a chocolate-covered cannoli (try Mike’s Pastry or Modern Pastry) or authentic soup dumplings (try Gourmet Dumpling House), Boston is guaranteed to have just the thing for you. And if you’re looking for a late-night meal, don’t get stuck thinking pizza delivery or sweets are your only choices!

Just on Boston University’s campus, we have places like Extreme Pita and T. Anthony’s, which are both open until at least 1am every night. College food may generally get a bad rep, but in this city your stomach will always be happy. Besides, as a student, a little food can make or break your study routine.

Living in Kenmore Square for the past three years, I’ve taken many study breaks at India Quality, Cafe 472 and Fin’s Sushi and Grill. These restaurants, just steps from my college dorm room, are the perfect getaways because I never feel like I’m surrounded by students or campus life. I’ve also spent more hours than I’d like to admit studying computer science and writing articles in Pavement Coffeehouse.

Want more info on the best places to study? We’ve got you covered:

Just check out some of the delicious food I’ve eaten here in Boston: 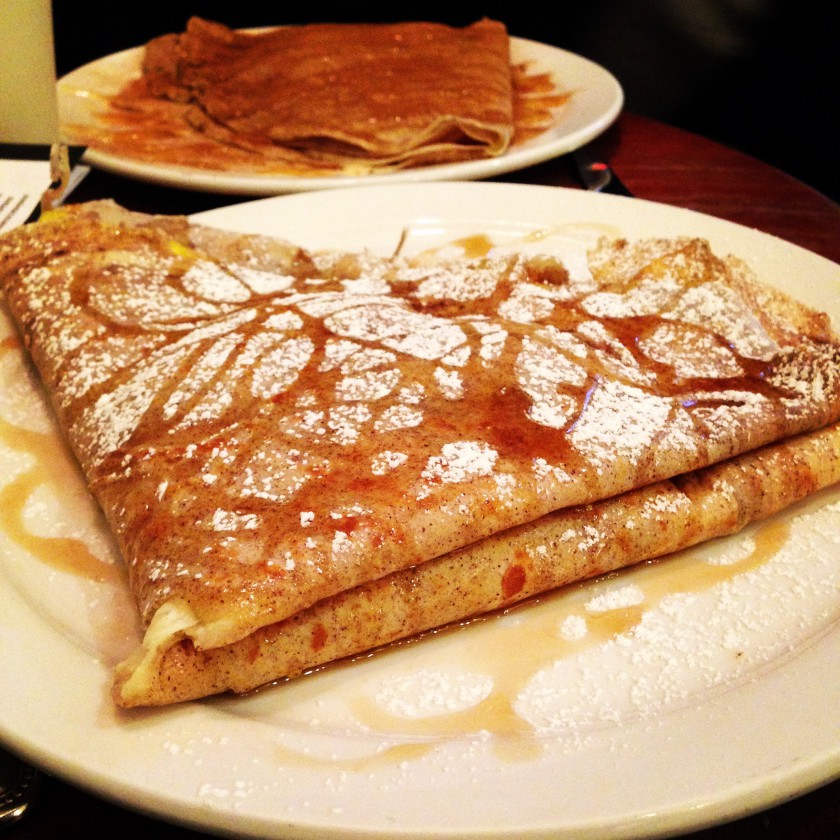 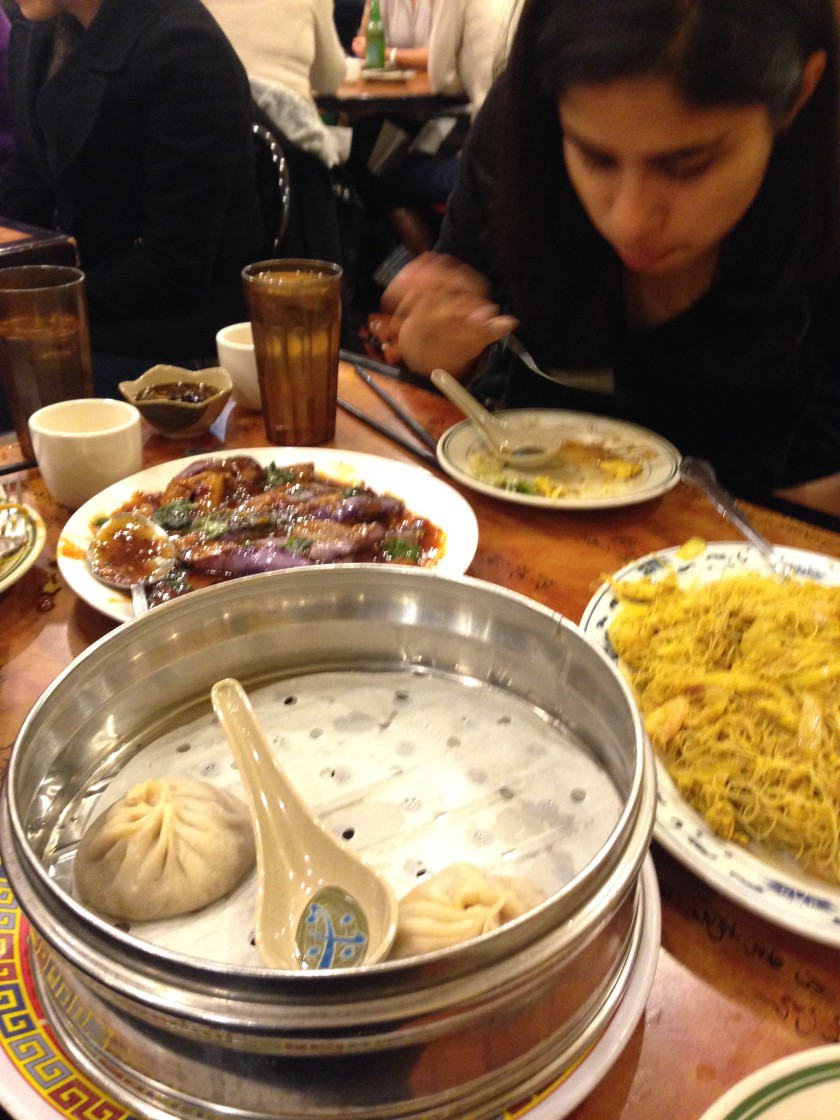 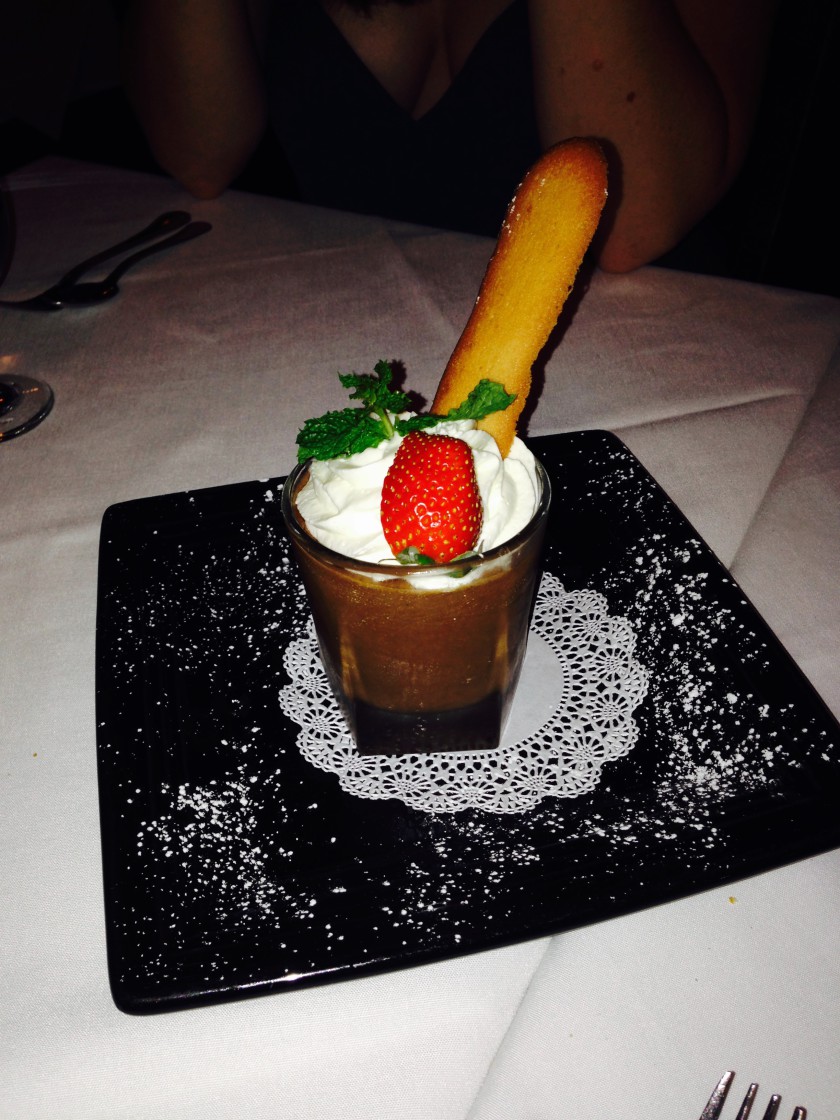 For more on the local culinary scene, check this out:

Food In Boston: The Student’s Guide.

Next, I love Boston for its sports. If you’re anything like me, sports talk is a foreign language and sitting outside at a football game in the middle of winter sounds like torture. But when the Boston Red Sox win the World Series your freshman year of college, then the New England Patriots win the Superbowl your sophomore year, you can’t help but get lost in the spirit! In Boston, being a sports fan isn’t about understanding the sport or knowing the players’ names (though the true sports fans won’t like hearing that). Truthfully, all you have to do is throw on the team’s colors and cheer as loud as you can. Just like that, you become a part of the Boston community. 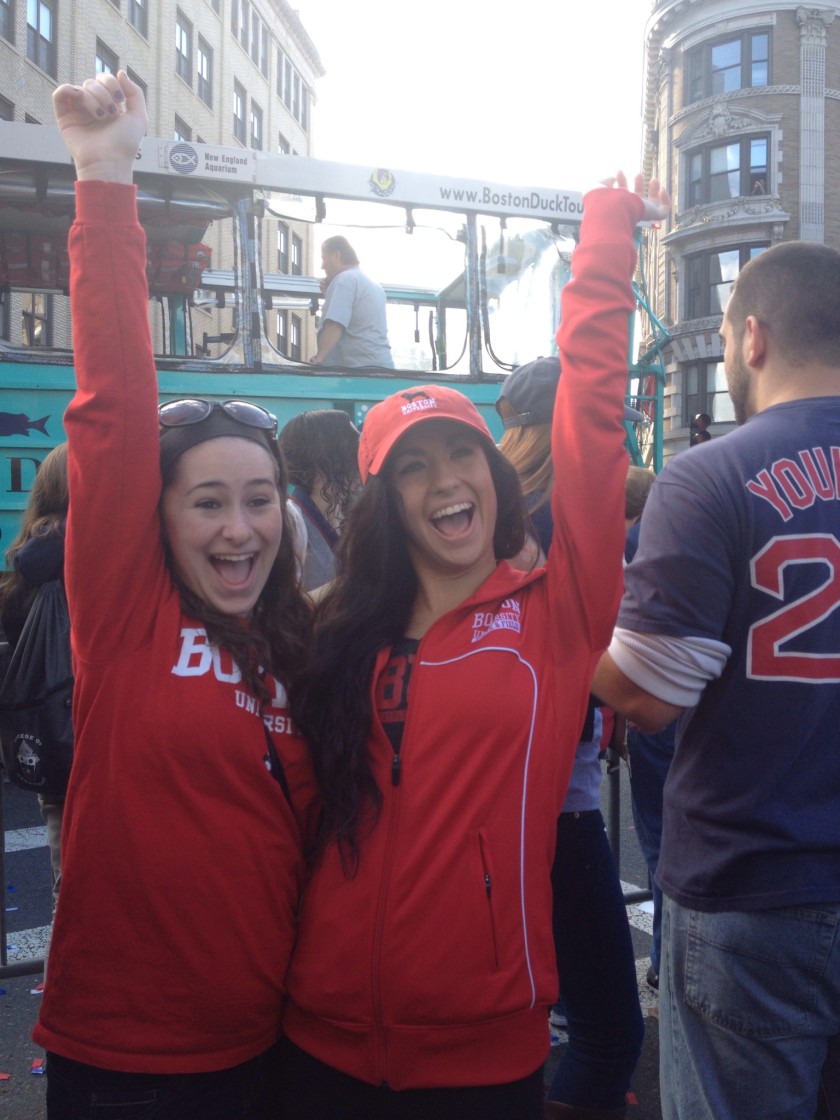 But my favorite part of Boston, more than any cup of coffee I’ve ever had, is its innovation. Moving to a brand new city as a college freshman, you’ll go through phases. Initially, you’ll love doing the touristy things, you’ll hit the Freedom Trail or the New England Aquarium and you won’t mind if you stand out as a newbie. But after awhile, you’ll pride yourself on finding the most popular city attractions and secret gems without the help of a map. In Boston, creativity and innovation is everywhere you go, and you won’t need a tour guide to help you get there. Here are just some of the coolest things I’ve done in Boston lately: 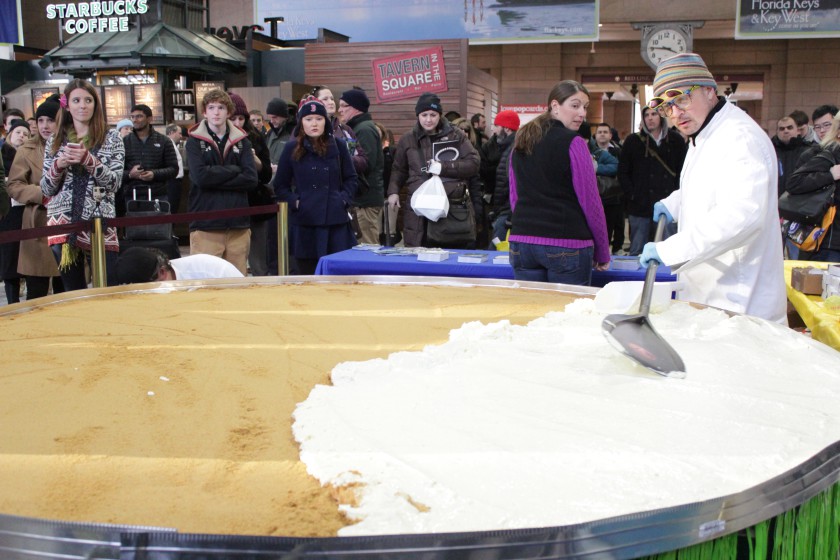 Played pianos with friends in the middle of the street 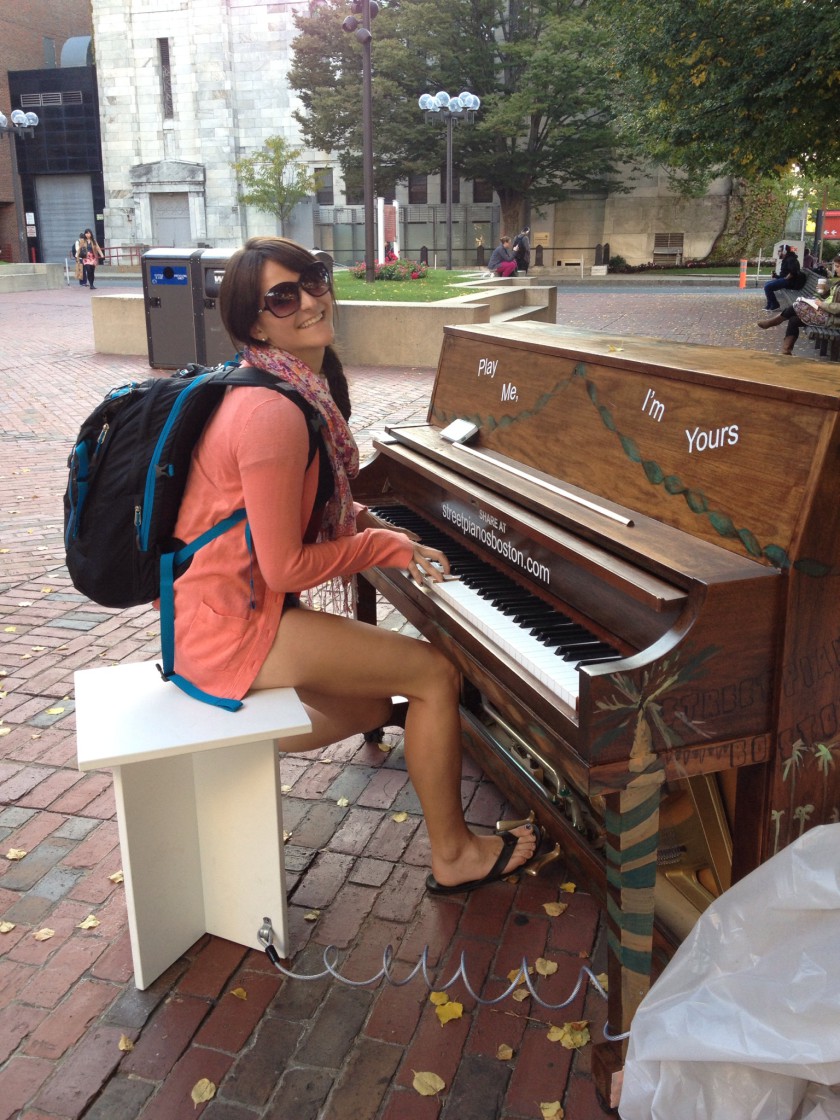 Swung on light-up swings at the Lawn on D

Above all else, Boston is a city that’s constantly striving for more. From their businesses to their local street corners, the people of Boston constantly have their minds in action. Bostonians are some of the proudest people I’ve ever met, especially when it comes to pride for this city. Even when we have six-foot snow piles in the middle of spring, any Bostonian will still tell you: “We love Bah-ston!”

And if you couldn’t tell, the students love it too!

Has this inspired you to study in Boston? These are the best universities:

Make sure you bookmark these before you head out there:

Tags: boston boston-guide guide Study in the US us